When Clarita Kassin and her family fled the violence and kidnappings in their native Colombia in the late 70’s to settle in Miami, she wanted to recreate the close-knit Jewish community she left behind in Bogota.

“As Colombian Jews we wanted to form a social club,” Kassin said. “But my late husband Roberto said why do we want to invent the wheel when it’s already invented? Let’s enhance the Jewish Community Center, it’s already built.’” 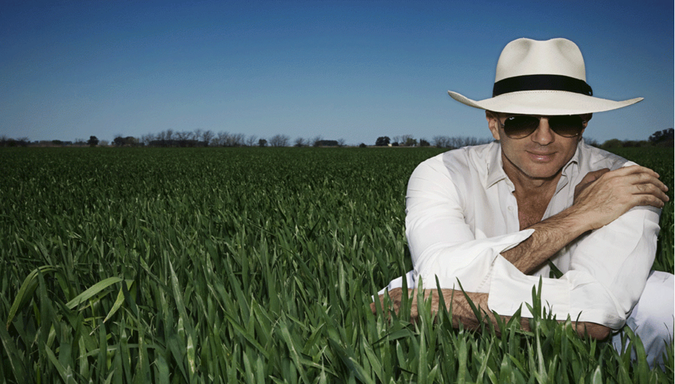 Kassin and a small group of fellow Colombian Jews joined the JCC in their area of North Miami-Dade county, and in 1981 launched a version of the Maccabi Games, an international Jewish youth sports and community event popular in Colombia. Their first year they had 200 participants.

Now, 40 years later, more than 2,000 people compete in the Michael-Ann Russell JCC’s annual Hebraica Maccabi Games, a bustling international celebration at the center of a thriving Jewish community in North Dade county invigorated by Jews from Argentina, Colombia, and, most recently, Venezuela. Some 80% of the JCC’s members are from Latin America. 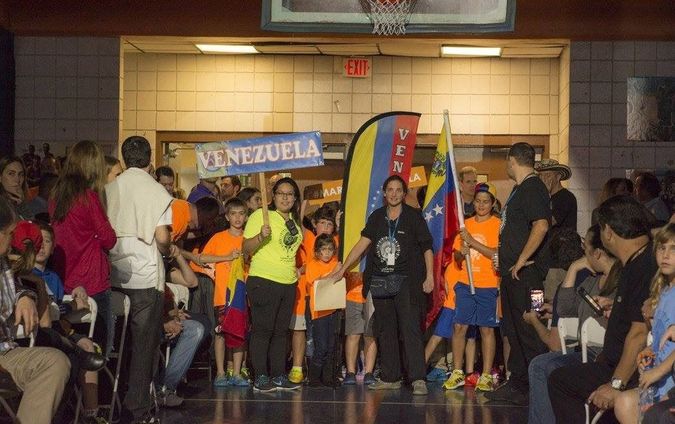 A moment from the Michael-Ann Russell JCC’s 2015 Hebraica Maccabi Games, where most members are from Latin America By Markos Leave

The games may be Exhibit A of how Jews from Latin America are invigorating Jewish life in Miami, but they are far from the only example. Hispanic Jewish immigrants are everywhere in Miami, and they have made profound marks on the city’s philanthropy, business, culture, and spiritual life:

•Ariel Bentata, an investment manager from Venezuela, is the current chair of the Miami Federation’s annual campaign. Two of his predecessors were from Cuba and Peru.

• Julio Frenk, president of the University of Miami, one of the city’s major institutions, is a Mexican Jew, as is Mexican Consul General Jonathan Chait Auerbach.

• The two business partners in Zumba, the Latin music fitness classes created by Colombian aerobics teacher Beto Perez, are Colombian Jews Alberto Perlman and Alberto Aguillon. They discovered Perez because women in the tight-knit Colombian Jewish community, including Perlman’s mom, used to hire Perez for private classes. They turned it into a $500 million international business.

• Michel Hausmann, from Venezuela, has made Miami New Drama in South Beach, a major force in the local theater scene, commissioning new plays by Miami writers that are earning write ups in the New York Times.

• Up the beach, Alan Faena, the son of Syrian Jewish immigrants to Argentina, has developed Faena Miami Beach, a luxurious hotel, condo and cultural complex that’s home to Faena Art and the Rem Koolhaas designed Faena Forum, and hosts artist residencies, talks, and performances, as well as projects for December’s annual Art Week, when Art Basel Miami Beach and the international art world flood the city.

• George Feldenkreis is a classic Cuban success story, who arrived in 1961 with $700, his pregnant wife and young son, and built the multi-million clothing company Perry Ellis International (they own the New York designer’s brand), one of Miami’s biggest corporations, becoming a major philanthropic and civic figure here.

His daughter Fanny Hanono grew up in a tight knit Cuban Jewish community on Miami Beach, where families have known each other for generations. Recently, however, her Jewish circle has expanded.

“My kids speak Spanish with a new accent from hanging out with Venezuelans and Colombians,” Hanono said. “I am being exposed to Colombians, Venezuelans, lots of Peruvians. My best friend is Peruvian, and her husband is Brazilian.”

There’s truth behind the popular joke that Miami is the Latin American city closest to the United States. It is a city shaped by immigrants. According to a 2014 demographic study released by the Greater Miami Jewish Federation, Hispanic Jews make up 15% of Miami’s Jewish population – a number that has undoubtedly grown, especially with recent arrivals from a chaotic Venezuela, who have become a powerful presence here. 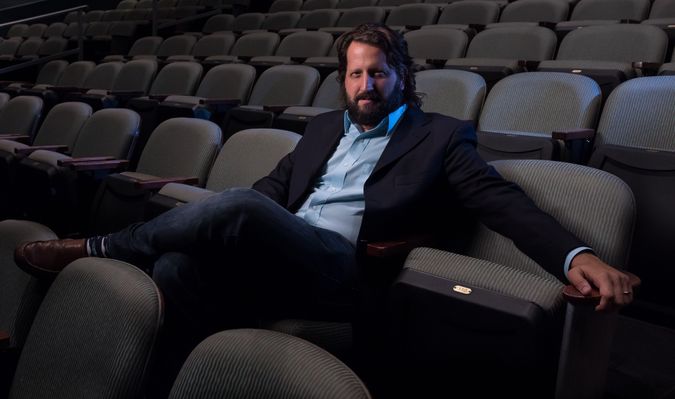 Jews have been driven to Miami by the same forces that have made Miami over 70% Hispanic. Cuban Jews fled the communist revolution in the 60’s; Colombian Jews the drug cartel and guerrilla violence in the 70’s and 80’s; Argentines left economic and social upheaval in the 90’s and early 2000’s. Most recently, Venezuelans fled economic chaos and repression under Hugo Chavez and successor Nicholas Maduro.

Most tend to be middle or upper class. They are profoundly grateful not just to their new home, but to its Jewish community.

“A lot of elderly Jews moved here to retire, their heart is still in New York,” said Ira Sheskin, director of the Jewish Demography Project at the University of Miami and research director for the Federation’s demographic reports. “Hispanic Jews came here, we saved their lives, gave them a place to live. So they’re really appreciative.”

They bring with them a strong sense of Jewish community and identity that has made them particularly influential. In overwhelmingly Catholic Latin America, the relatively small numbers of Jews tend to live in close-knit neighborhood enclaves with their own schools, community centers, and social life. Most immigrants look to their fellow nationals when they get to a new country. Jews from Latin America focus on their fellow Jews.

“Who they are is Jewish,” said Jeff Levin, chief financial resource development officer for the Greater Miami Jewish Federation. “This is not a community that needs to be taught the importance of Jewish community. They feel it in their bones. When they arrive their instinct is to find and re-establish that community.”

And to give generously. The Federation has an international division largely to appeal to Hispanic Jews, whom Levin estimates are responsible for 10% of gifts to the group’s annual campaign.

“Their philanthropic tradition is to support the community, and the community supports the institutions,” Levin said. “The most recent wave is hitting their stride and giving a great deal.” 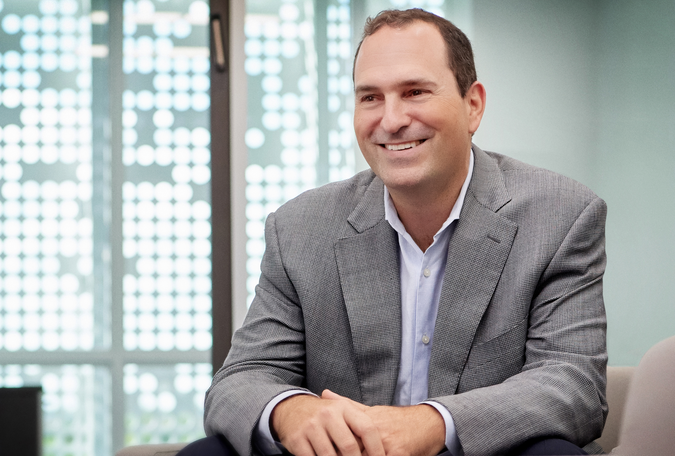 A major beneficiary of Latin American Jews’ devotion to community are the city’s synagogues. Beth David, the city’s oldest temple, in the bustling downtown Brickell area, has a president from Uruguay, and touts Shabbat services with “Brazilian, Argentinian, Mexican, Cuban, Colombian flavor” in Spanish, Ladino, Hebrew and English, and a “Shabbat Pasion” with Latin and World music.

At Skylake Synagogue in North Miami-Dade, where over one-third of Miami’s Hispanic Jews live, membership grew from 250 to 700 in the last six years, with 90% from Latin America.

Mario Rojzman is senior rabbi at Beth Torah Benny Rok Campus in Aventura in North Miami-Dade, where the cantor, the director of a thriving Jewish day school, and half the executive board are also from Argentina. About a third of their nearly 700 members are from Latin America. Former Argentine president Mauricio Macri has visited. When Beth Torah began a $6 million campaign to renovate its sanctuary, which will be dedicated in January, an Argentine gave the first million. 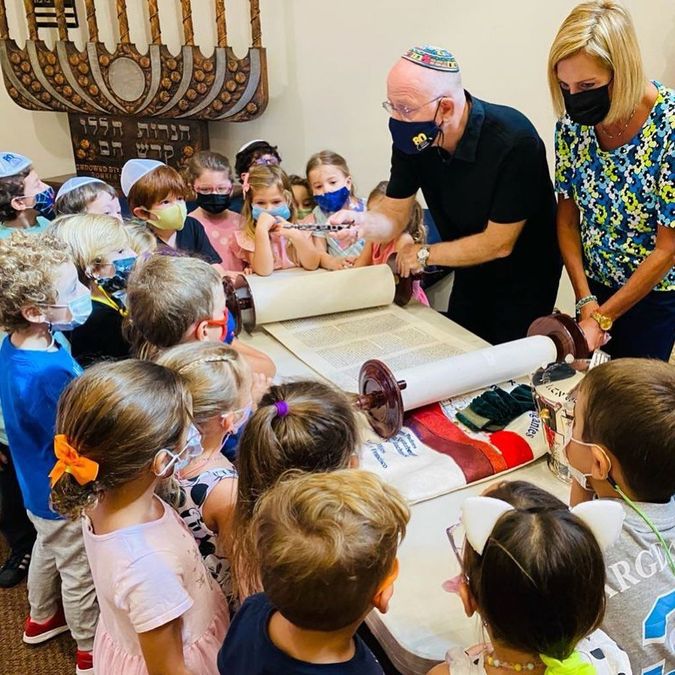 “Some of us believe Miami is paradise,” said Rojzman, who came to Beth Torah in 2003. “The quality of life and generosity of the Jewish community in Miami are incredible. In America we can live a full Jewish life.”

Rojzman oversees services in Spanish and has filled his popular Friday services with the music that’s a part of Latin American Jewish tradition. But he is most proud of what his countrymen have brought to their new Jewish home.

“I work very hard to be perceived not as the Latin American rabbi but as the rabbi for the whole congregation,” he said. “This is one community.”