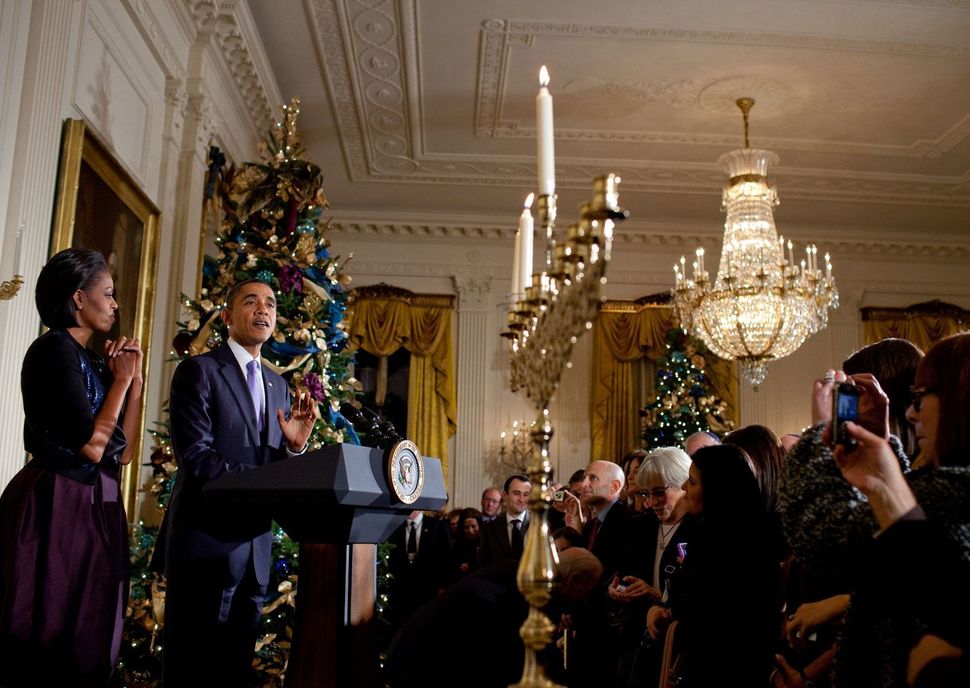 It was touch and go for the White House Hanukkah party this year. For the longest time, no one knew whether it was happening at all. It came together at practically the last minute, just a few days before the holiday began. And it appears as if the guest list is far skimpier than in past years due to the pandemic.

Still, it will be the Jewish place to be on Wednesday night.

“This is the hottest ticket in town,” said Tev Troy, who served as White House Jewish liaison under former President George W. Bush.

The Biden White House last Wednesday sent out invitations to what it described as a menorah lighting ceremony. The event will continue a tradition that began in 2001, albeit without piles of latkes or sufganiyot this year. Guests should not expect food or drink at this in-person event, nor the partisanship that marked the last White House Hanukkah gathering, when Donald Trump was president.

In 2017, Trump’s first year in office, the White House didn’t invite any Democratic members of Congress, nor Jewish leaders who differed with Trump on policy issues. The event became more of a rally, with the crowd chanting “four more years” and “Trump, Trump, Trump.”

Last year, Trump became the first president to skip a Hanukkah reception since the tradition started, though he made a brief appearance at the stairs going up to his residence, and addressed the crowd in his overcoat. 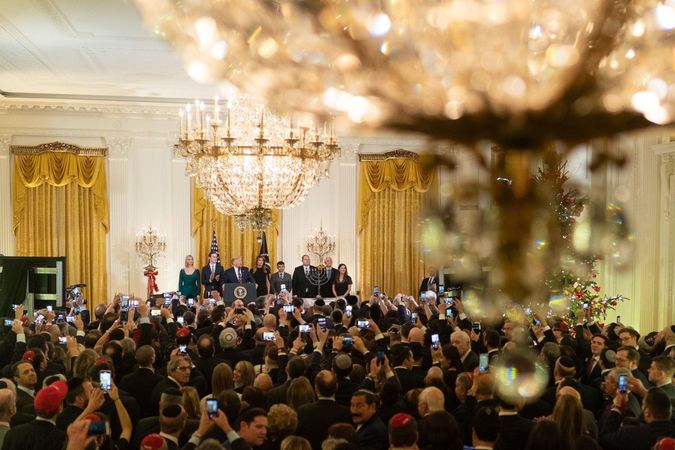 Former President Donald Trum at a Hanukkah Reception in the East Room of the White House on Dec. 11, 2019. Image by Official White House Photo by D. Myles Cullen

The White House Hanukkah reception has grown in the 20 years since it began, becoming two nights of events in 2013. The invitation list grew to more than a thousand, and a ticket became a validation of guests’ prominence within the Jewish community.

“It has always been one of the highest-profile Jewish things that the president did,” said Steve Rabinowitz, a D.C-based media consultant who worked for former President Bill Clinton. “It was the event that most people got personally invited to.”

The White House also clearly spent a lot catering it, he added. “The lamb chops were to die for — and it really touched the community.”

This year’s event, however, is expected to be the smallest gathering of Jewish leaders since the Bush years, a senior administration official said. The official, who spoke on background because of the sensitivity of the issue, said the decision was made to hold a smaller event due to the coronavirus pandemic, but declined to give the specific number of invitations that were sent out and did not elaborate on the planning process.

Matt Nosanchuk, who was former President Barack Obama’s Jewish liaison, said the event, though limited, still carries significant symbolism. “It’s extremely meaningful for Jewish Americans to see the hanukkiah lit at the White House with the president,” he said.

“I think people need to have that in mind when they think about who was included and who wasn’t,” Nosanchuk explained.

The limited guest list likely made the job of drawing it up harder for the current White House liaison to the Jewish community, Chanan Weissman, who also held the job in the last year of Obama’s second term.

One Jewish leader, who spoke on the condition of anonymity to freely discuss the conversations behind the planning, said some inside the White House thought it better to have no Hanukkah party this year rather than a small one. “You are going to piss off more people than you please,” the person said.

Troy, who criticized the Obama administration in 2009 for cutting the guest list in half, said he wouldn’t compare Biden’s first Hanukkah party to past fetes, because of worries about COVID-19. 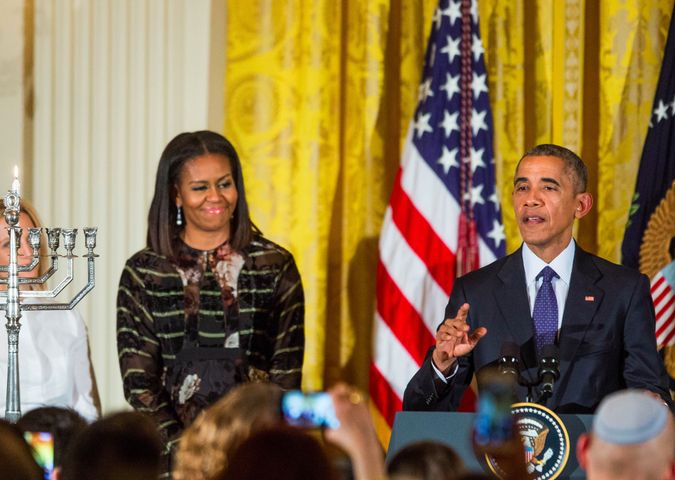 Ezra Friedlander, a lobbyist who has attended the Hanukkah receptions for the last 10 years, said he was actually relieved he wasn’t invited this year because in the past he’s alienated people by failing to select them as his “plus-one.”

“It’s just mind-boggling how much of a hot ticket this reception is,” he said. “People literally start sucking up to me around July time, saying, ‘I’m going to reach out to you, remember me.’ And I just chuckled to myself wondering why they think I have any ability to get them invited.”

“So at least on that end, that part of my life will be a little bit calmer,” Friedlander quipped.

Shai Franklin, a former Jewish community executive and a Biden supporter, said some people who would want to attend the Biden White House Hanukkah party are satisfied with the policy changes and progress Biden is making, so they can accept the lack of an invite.

“For most of us, there’s a sense that attending an event at the White House is always a privilege, it’s not a right,” he said. “It’s an honor to be invited to the White House, however many people come.”