Did the pandemic lead to happier Jewish nonprofit workers? New survey suggests it did. 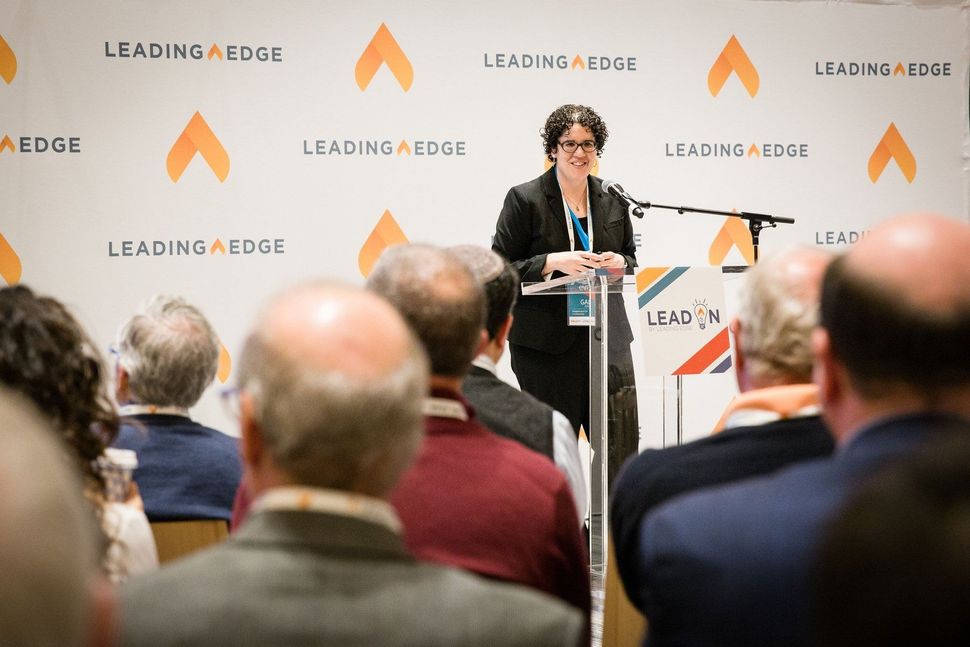 Jewish nonprofits were hard hit by the pandemic but many workers who survived furloughs and layoffs emerged reporting higher levels of job satisfaction. Employees said they had more autonomy and better access to information needed for their jobs as workplaces went remote 18 months ago, according to a survey conducted by Leading Edge, a group that supports Jewish nonprofits.

The blurred lines between work and home and a resurgent racial justice movement last year also inspired employees to speak up at work, many of them said.

“We all dispersed to our homes and saw our kids and loved ones and dogs on Zoom,” said Gali Cooks, chief of Leading Edge. “The professional met the personal and what we heard is employees just felt more comfortable saying, ‘My kid is sick, I’m so sorry, I need to care for them.’”

Leading Edge polled 11,613 employees at 221 Jewish nonprofits last spring in the first survey of its kind following the height of the COVID-19 epidemic. It found that 39% of organizations had furloughed or laid off employees during the pandemic, while 47% said they had not and 14% declined to answer the question.

Jewish Community Centers were hardest hit by the pandemic economically, with 70% reporting furloughs or layoffs.

(The Forward participated in the Leading Edge survey. It did not lay off or furlough employees during the pandemic.)

Despite this turmoil, 71% workers who remained in the sector reported feeling more motivated to do their best work compared to 62% when the last survey was conducted in 2019.

Signs of the so-called “Great Resignation” during the pandemic are also apparent in the Jewish community, with the number of employees who said that they expected to still be working at their current nonprofit in two years falling across the board. Where nearly 90% of long term employees said they expected to stay at their organization in 2019, that number fell to 75% this year; there were similar drops of 10% or greater among junior workers as well.

While public results of the survey were released Tuesday, each organization that participated received anonymized data from their own workers. Cook said that part of the survey’s goal was to help nonprofits to make improvements to retain workers.

One organization that was able to boost several of its survey scores between 2019 and 2021 was Avodah, which places recent college graduates with social justice groups in cities across the country.

At Avodah, since the last survey, 29% more employees said they believed their “well-being” was a priority for the organization this year, and 100% said they believed management would take action in response to the survey results compared to just 38% in 2019.

Rachel Glicksman, director of employee experience at Avodah, said that she believed the higher marks were a result of several changes Avodah made after the 2019 survey including launching brief biweekly employee surveys and offering healthcare benefits to part-time workers.

“We don’t see a world in which we’re going to snap back to the Monday through Friday, 9-to-5.”

“We have been in really close touch with our staff and how they’re feeling, what they’re doing, how they’re reacting to different things,” Glicksman said.

Avodah was able to avoid pandemic-related furloughs as it continued with much of its regular programming and is now running a hybrid workplace where employees who used to work from its New York City office still have the option of working from home.

Cook said employees at organizations that used these kind of hybrid models reported slightly higher levels of satisfaction and that she expected workplace flexibility to continue following the pandemic.

“Employees are enjoying it and we don’t see a world in which we’re going to snap back to the Monday through Friday, 9-to-5, everyone’s in the office all the time kind of model,” said Cook.

The survey also offered a demographic snapshot of the Jewish nonprofit space. While it was not a scientific sample, 71% of respondents were white Jews while 6.3% were non-white Jews (Leading Edge also polled the non-Jewish employees of Jewish organizations).

Forty-five percent of the organizations that participated this year had female CEOs, compared to 30% in 2018. As for employees, 70% of the Jewish nonprofit workforce was female in 2018 and 69% was female this year. Likewise, women are most likely to lead organizations with a budget under $1 million while 90% of the chief executives at nonprofits with annual spending of more than $60 million are men.

Jewish nonprofit workers reported the lowest levels of satisfaction when it came to workload and compensation, with 42% saying that they believed their salary was fair and the same number reporting that there were enough people to do the necessary work at their organization.

Did the pandemic lead to happier Jewish nonprofit workers? New survey suggests it did.