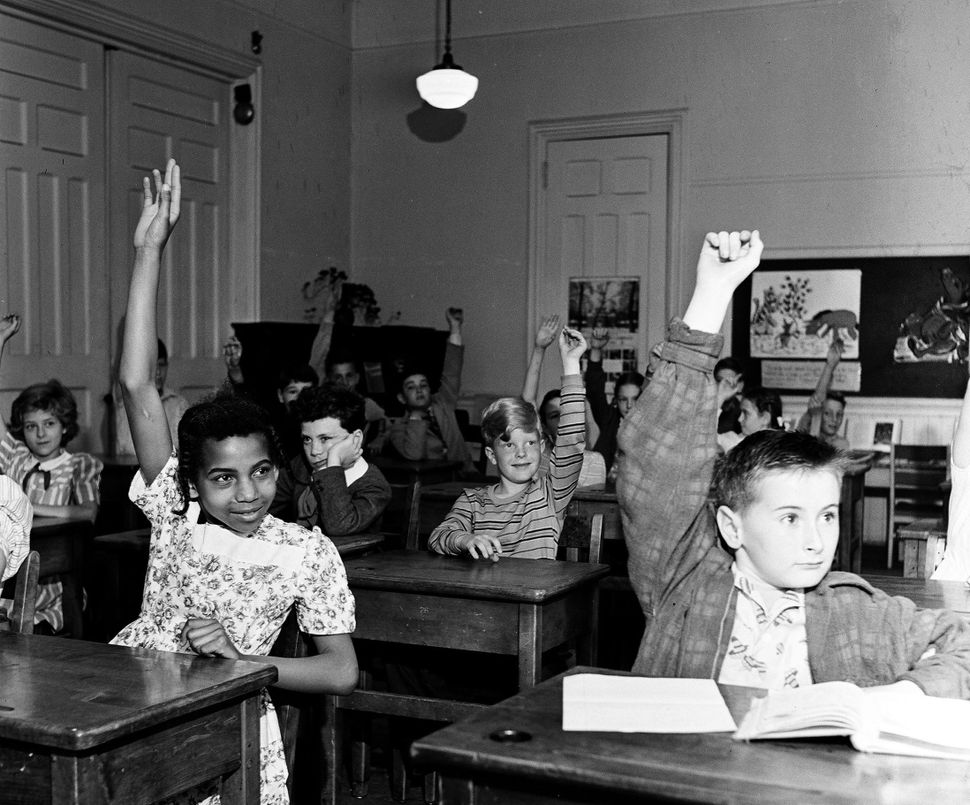 Since our kids started kindergarten, the husband has sent them off each day with the same simple but profound mandate. “Ask great questions!” he’d call out — first, as their little feet bounded down the stairs, later as they slumped out of the car, more recently as they balanced heavy high-school backpacks while staring at smartphones.

Ask great questions. Seems easy enough, and clearly the building block of lifelong learning. But we adults are doing it less and less. Instead of asking great questions, too many of us are spending too much time pontificating about what we think we already know, dismissing people who disagree, ignoring evidence that doesn’t support our point of view.

Questions are the foundation of good journalism, and also of Judaism — the Talmud is basically a series of questions about the Torah, and our best modern rabbis pose questions for discussion in their sermons rather than preaching some known gospel. Great questions prompt great stories, and storytelling is key to human understanding.

The questions, though, have to come from a place of true curiosity. We have to ask honestly, openly, without judgment — and we have to actually listen to the answers.

I know we’ve still got some Hanukkah to celebrate, but Passover, of course, is the epitome of question holidays. And it’s not insignificant that it’s framed around questions from kids — we should take their questions seriously, meeting them where they are and answering in ways that prompt the next great question, that nurtures true curiosity.

At the Seder, we walk through the various questions different types of children are likely to ask, and are told that for those who do not even know how to ask, we should begin for them. Adults these days need some help, too.

Take abortion, since the Supreme Court heard a case this week that could prompt the overturning of the landmark Roe v. Wade decision. How many of the 1,000 rabbis in the National Council for Jewish Women’s new “Rabbis for Repro” campaign have honestly, openly, curiously and without judgment asked anti-abortion activists about their backgrounds and beliefs?

Or Israel. When we American Jews visit, we should ask all kinds of people — Haredi Jews, Mizrahi immigrants, Palestinians, soldiers, cab drivers — about their family histories and their relationship to the land and their thoughts about the government and their hopes for the future. 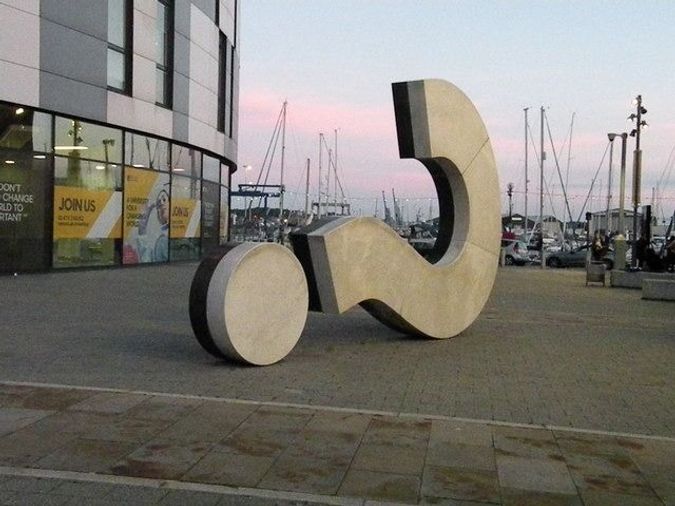 Right now, I’d like to ask Parag Agrawal, Twitter’s new chief executive, how he plans to stop hate speech and disinformation on the platform; Sen. Ron Johnson and other Republicans why they think its better to have no envoy to combat global antisemitism than to give President Biden’s nominee, Deborah E. Lipstadt, a confirmation hearing; and Chanan Weissman, the White House Jewish liaison, why I wasn’t invited to Wednesday’s Hanukkah party in the East Room.

One of my favorite questions, something I ask famous people and job candidates alike, is what they eat for breakfast.

When it comes up naturally, I also love asking people how they met their spouses. And what their parents did for a living. Something most people don’t know about them. A recruiter recently gave me a good one: What’s a piece of feedback you got that surprised you — and how did you respond?

At a staff retreat this summer, our innovation editor, Talya Zax, asked our team: What’s a skill you have that would never be listed on a resumé? Parallel parking was one editor’s superpower. And, get this: killing flies with bare hands.

The husband is an architect, an improv-comedy performer, a playwright and, since January, a high-school teacher. “Everything I’ve ever thought about creating starts with questions,” he says. But not all questions are created equal.

He explained to me that an architect might ask a client, “what size bedroom do you want?” A better architect would ask, “What do you want to see out the window when you wake up?”

Once, when he asked a client about the bathroom of her dreams, she ended up telling him a whole detailed story about how she shaves her legs in the shower, so he designed her the ideal leg-shaving shower. (He later did the same for me — it has a built-in tiled bench that is the perfect height for propping an ankle at the right angle.)

When we were planning our wedding, we met with a florist who shocked me by asking the question of all questions: “Why Gary?” I stumbled, unprepared for such a personal, profound inquiry when I thought we’d be discussing the relative merits of roses and lilies. We hired a different florist, but that question became the basis of our wedding vows.

I always chuckle a bit to myself when someone I’m interviewing says, “great question.” I view this as the highest of compliments, but also, you know, it’s what I do for a living — I’m supposed to be good at it. Actually, it’s more than my career; it’s my way of being in the world.

I started in the journalism racket at the tender age of 13 because I liked to write and because Newton North High School had an incredible, intense journalism teacher who ran an award-winning newspaper and because it seemed like the thing for an overachieving kid to do. But I really became a journalist — or realized that I am a journalist — in college one day when I was walking through Yale’s Old Campus with a friend who asked a great question about the dorm where we lived, Wright Hall.

I’ve forgotten the actual question, which kills me; details are crucial to good storytelling. But the point is that I immediately understood I wanted to find the person who could answer it. I knew then that that’s who I wanted to be in the world: a question-asker.

So, what questions do you have for me? Send them to [email protected]

Readers, we heard you — our PDF of the week’s best reads is back. We’d taken a hiatus from producing it this fall because doing so took a lot of staff time, and that’s our most precious resource. But a number of you wrote to say how much you missed it, so we figured out a way to streamline the process.

It still takes hours, which means money, so if you appreciate this product, please consider a tax-deductible donation to support us. We have a Hanukkah matching grant, so if you donate by Monday, it’s worth double!

Each year for the last quarter century, the Forward has published a list of the 50 most influential American Jews. But this is a time of transformation at the Forward, and so we’re thinking of doing it a little differently — 50 seems like an awful lot, and “influential” not the best criterion. Instead, we’re thinking about the most fascinating people behind this year’s headlines. And we’d love your help.

Nominees can be any American Jew who’s been in the headlines this year, in the Forward or anywhere else. Send your thoughts on what’s fascinating, links to articles about the person and contact information for them if you have it, plus any personal connection. Thanks!

Email [email protected] to nominate candidates for this year’s list.