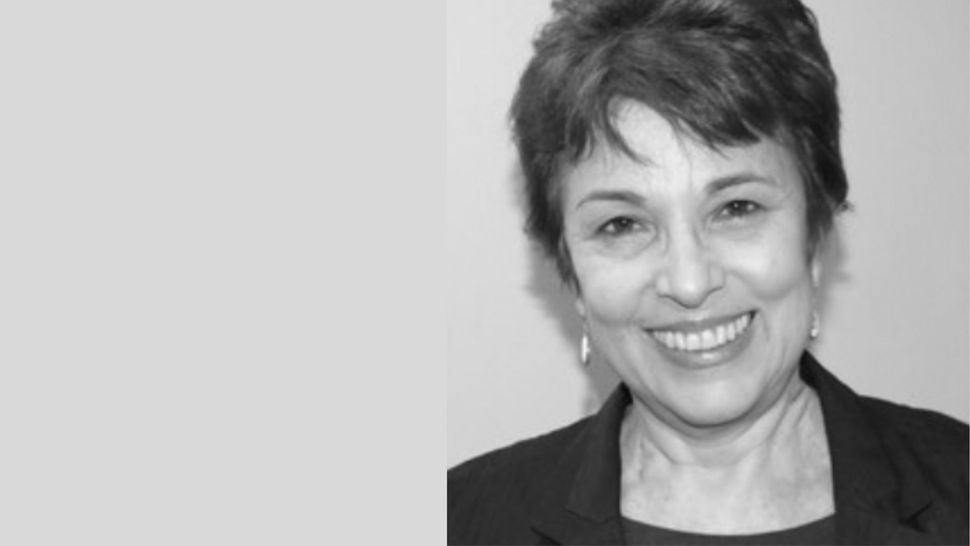 For much of 2021, Debbie Nathan’s extended family included a mother, a father and three girls under 9 from Honduras. She created GoFundMe campaigns to bring them across the border from Mexico, hosted them in her home for a week and arranged for them to get a lawyer and travel to New York.

Nathan, who is 71 and lives in El Paso, Tex., had first encountered the family in immigration court in 2019, when she made a profound change in her approach to the spiraling crisis on the southern border of the United States.

After four decades of work as an advocacy journalist, the Trump administration’s policies of sending migrants seeking asylum back to Mexico made her decide to focus on advocacy. So, Nathan started handing out her business cards to migrants she saw in court.

“All this horrible stuff was happening in my hometown, in my name, under my government — I felt incredible shame,” she explained. “I said, ‘Call me.’ And nobody called me except one family.”

That was the Hondurans, who were staying across the Rio Grande from El Paso in Ciudad Juarez, where Nathan shops for tropical fruit at the street market. They lived in what Nathan described as a “really dirty, crowded shelter.” The GoFundMe helped with hospital expenses and also allowed for special treats like going out for ice cream. 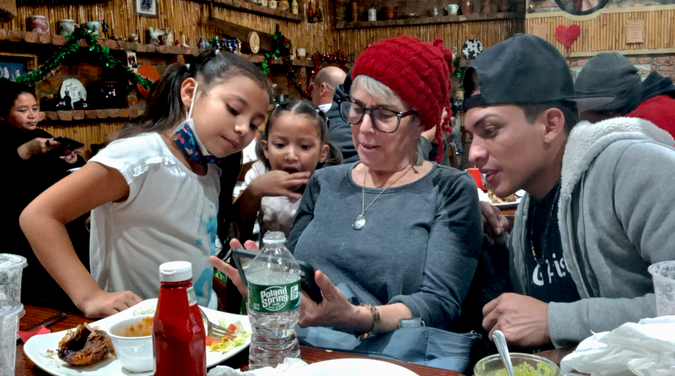 Nathan, who grew up in Houston, is a crusading journalist and author of four books, including “Satan’s Silence” (1995), an investigation of ritual abuse including the notorious McMartin case in California; and “Sybil Exposed” (2011), a New York Times bestseller about multiple-personality disorder.

The immigration work grows out of Nathan’s own family history. In 2005, she found a letter that her cousins had written from East Prussia in 1937 begging for help.

Her grandfather got them out. But then he started getting letters from others trying to flee the Nazis and could not help them. She believes these other relatives died at Auschwitz.

“That story has stayed with me,” she explained. “I feel like these Hondurans have been a way to make up for that.”

In her own words

What do you eat for breakfast? Bulgarian yogurt if I can get it in El Paso (not easy!) with almonds, raisins, honey and chunks of a perfectly ripe papaya (if I can get one at the street market in downtown Ciudad Juarez, across the river in Mexico — again, not easy, because the bridge wait times have become so long and the port of entry so militarized and mean).

When the ingredients come together, this is my a.m. smile food.

What app on your smartphone can you not live without? Flight Aware. Lets me know when ICE deportation flights are leaving U.S. border airports. Useful as hell for shoe-leather witnessing.

For example, the authorities were denying in the summer that Haitians (those folks who got chased by Border Patrol horses) were being flown back to Haiti. Flight Aware got me to the airport in time to see that the feds were lying, and to document that with video.

What’s your earliest Jewish memory? Getting stage fright at age 4 at the Purim carnival in Houston, while dressed as Vashti during the pre-K megillah recitation, and dissolving in tears. My mommy rescued me.

Forget Haman — I think I just didn’t want to dance for Mr. Schwartz, Mr. Feldman, my daddy and the rest of the synagogue kings.

What’s your favorite holiday? Christmas. That’s when Yiddish New York gathers in Greenwich Village (when COVID’s not raging). Plus, the restaurants might be closed, but the halal trucks are still out near Union Square.

Who is your hero? My heroes come and go. But right now my main inspiration is the artist Anya Ulinich (a contributor to the Forward). She and I are collaborating on a graphic novel about the history of U.S. immigration law.

It’s a byzantine history that affects all of us every day and causes immense suffering, yet hardly any of us have a clue about its weird, anti-Constitutional history. It will take more than my writing to bring that history to everyday people. It will take comics, which Anya is a genius at. I’m kind of worshipping her these days.

Tell us about a book you read, movie you watched, TV show you streamed or podcast you listened to in 2021 — or one of each! I just watched “Unorthodox” for the second time. I’m definitely not a fan, but the circumstances of my rerun experience were fascinating.

An asylum-seeker family who fled rural Honduras for their lives, whom I helped to survive in an incredibly cruel, Trump-mandated “Remain in Mexico” scheme from 2019 to 2020, finally made it to safety in New York earlier this year. The East Midwood Jewish Center, in South Brooklyn, is now helping them resettle.

I’m in New York for the holidays, and this family and I just had a really fun weekend visit in the Catskills. At one point the grade-school-age daughters were running around playing, but their parents — a young husband and wife — used Spanish voiceover on Netflix and got completely fascinated with Esty’s and Yanky’s problems. Especially sexual problems.

At least I think that’s what they were focused on! Actually, I’m not sure what grabbed them. Maybe what grabs all New Yorkers about Hasidim. I think it takes Hasidim to make New Yorkers, and maybe vice versa. By the time Yanky cut off his peyot, but Esty said it was over anyway, I was delighted that my Honduran friends were so quickly becoming nuyorquinos.

What’s one thing you always do (or try to) on Friday night or Saturday? Same as I do at other times. I’m secular, a proud apikoros.