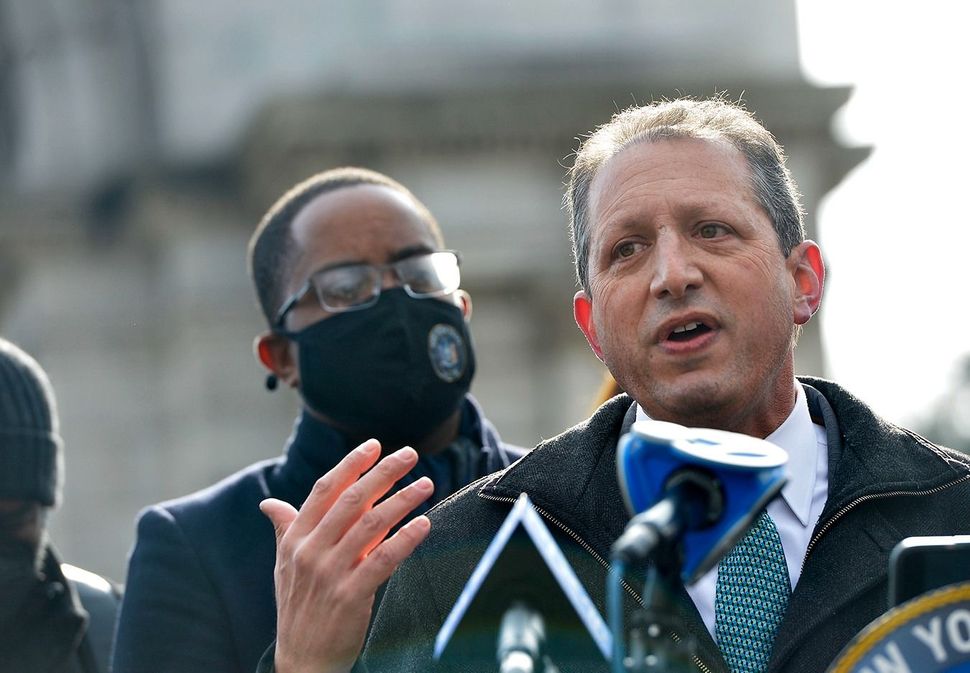 Comptroller Brad Lander became the highest-ranking Jewish official in New York City when he took office on Jan. 1. He’s also considered among the most progressive, and can point to a long resume of activism – much of it honed with Jewish groups.

“I find a lot of the values that undergird my progressive politics are very rooted in Jewish history and values,” Lander said in a recent interview.

But the pandemic and a crime surge make some of Lander’s agenda much harder to pursue. So will his differences with Mayor Eric Adams, a more moderate Democrat and former police officer whose platform differed from Lander’s in notable ways. Adams rejects, for example, the comptroller’s desire to defund the police.

In a recent interview, Lander, 52, assured that his approach to governing and Adams’ are compatible. And he talked of his intentions to connect with diverse Jewish communities in the city with the largest Jewish population in the world.

“Effective government and progressive government are mutually essential,” Lander said. “You are helping people have trust in government so they deliver on promises, and confront the biggest challenges that we have.” 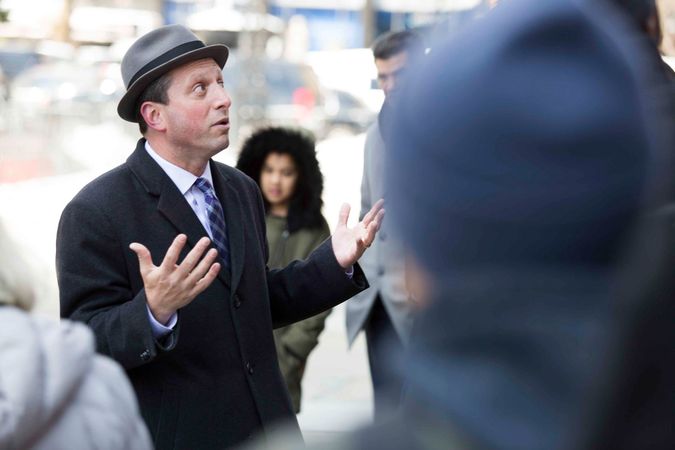 His new role as the city’s chief accountability officer and independent watchdog, Lander said, requires him to speak forthrightly and to push for transparency in government. In addition to his differences on law enforcement with Adams, a former police officer who wants to create a new anti-crime unit, Lander is a staunch advocate of the state’s new bail reform measures. Adams wants to limit such reforms to specific crimes.

“The mayor’s job is to implement policy. The comptroller’s job is to bring oversight and make the set of recommendations about operational effectiveness,” Lander said. “Sometimes we’ll agree, sometimes we’ll disagree about policy matters.” But he and Adams, he continued, will address the tension between their roles “in a constructive way.”

Lander grew up in a Reform Jewish family in Creve Coeur, a suburb of St. Louis, Missouri. Rabbi Susan Talve, the founding rabbi of Central Reform Congregation who lit the menorah at the Obama White House Hanukkah party in 2015, officiated his bar mitzvah. At a young age, he became the social action vice president of the Reform Jewish youth movement, formerly known as the North American Federation for Temple Youth. A night before attending the 1987 mass rally at the U.S. Capitol in support of Soviet Jewry, Lander organized an event with Jewish activists at Washington Hebrew Congregation in D.C. that included a performance by Peter Yarrow of the folk trio Peter, Paul and Mary.

At the University of Chicago, he was an active member of the local Hillel. He also served as the Sunday school music teacher and youth group advisor at KAM Isaiah Israel, Chicago’s oldest Jewish congregation, which was led by the late Rabbi Arnold Jacob Wolf, a vocal supporter of former President Barack Obama.

After a short stint at University College London, he moved to New York when he was 24, where he volunteered for Jews For Racial & Economic Justice on the Upper West Side. He later became co-chair of the group, now called JFREJ Community, and led campaigns for tenants’ rights and affordable housing. Today he is a member of Kolot Chayeinu/Voices of Our Lives, a Brooklyn congregation and remains an active JFREJ member.

Lander’s first of eight civil disobedience arrests was with JFREJ during a 1999 protest against the police killing of Amadou Diallo, an unarmed African immigrant. His most recent arrest, in August 2019, was during a Manhattan rally organized by Jews Against ICE, in protest of Amazon’s ties to the agency.

Lander parlayed his experience as an activist into politics in 2009 when he first ran for City Council. He was described by Politico as “one of the most left-leaning politicians” in the city.

Describing himself as “a very committed and proud Jew,” and calling it an “honor” to be the highest-ranking Jewish city official, Lander said he will forge strong relationships with the city’s Jewish communities, assuring that Jewish social service organizations are well-funded and nonprofits and chesed groups get paid on time. All New York institutions benefit from secure and prompt funding, he said, “but still, doing that would definitely be good for the Jews.”

Lander previously represented the 39th Council District in Brooklyn, which includes the neighborhoods of Park Slope and Borough Park, which are both home to significant populations of Orthodox and Reform Jews. 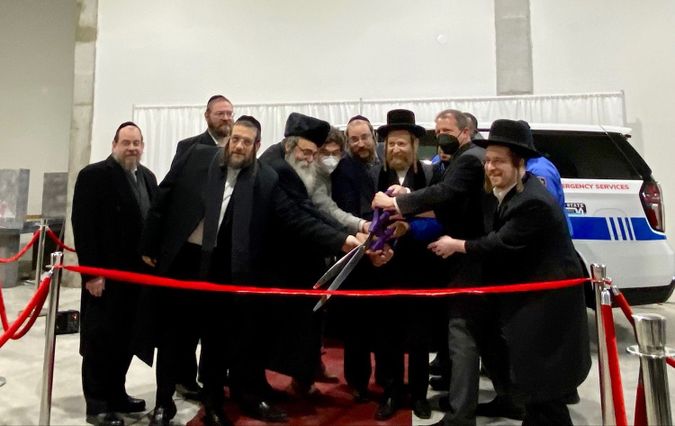 In a recent forum hosted by the New York Jewish Agenda, a liberal Jewish advocacy group launched in 2020, Lander said he will boost secular education in yeshivas and audit those schools if necessary. Critics say many yeshivas fail to provide adequate secular education. Adams, who received overwhelming support in the Orthodox community, has said he was impressed by the yeshiva education system.

“While there have been many different political tensions, I have genuinely found it very enriching to both represent this religiously and politically diverse set of communities and also to personally get to be in relationship with very different Jewish perspectives,” he said.

Rabbi Ellen Lippmann, a JFREJ Action board member and Lander’s rabbi, highlighted his “proven track record of using the power of government to make this city a better and more equitable place.” The group’s political arm, The Jewish Vote, mobilized support for Lander during the Democratic primary last year.

“We’ve lovingly rebuked Brad a few times,’ she said. “Every time, he’s responded with accountability and introspection. That’s how we know he’s the kind of accountable accountant our city deserves.”

The comptroller, Lander noted, also has a role in combating hate crimes in that the office has the power to audit, but is also a bully pulpit. Lander said he will speak up, “as somebody who wears my Judaism on my feet and who cares deeply about this being a city in which Jews can thrive.”