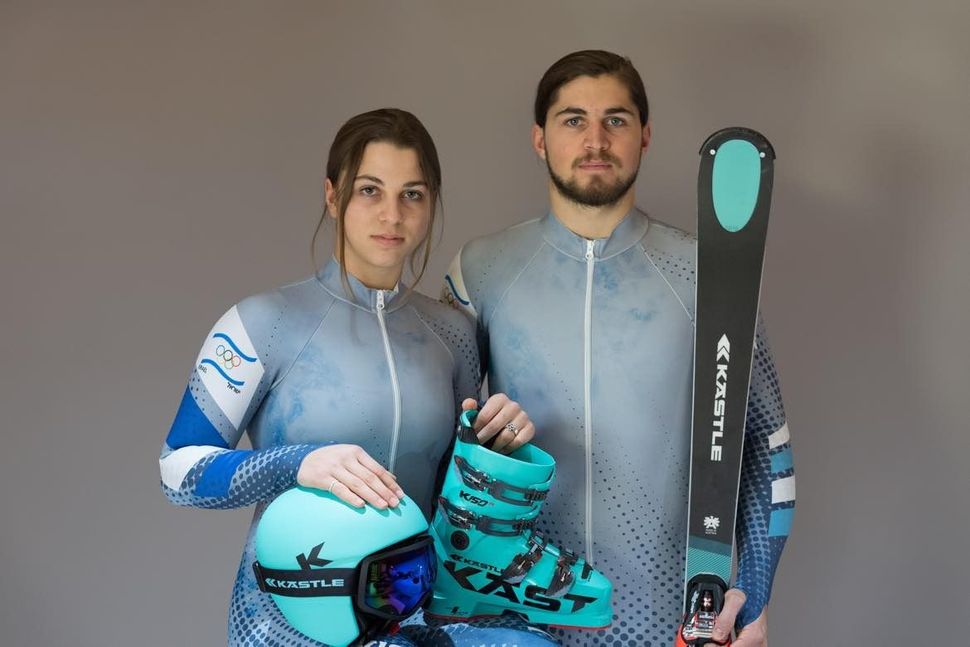 There’s a rivalry brewing between the two skiers competing for Israel in the Winter Olympics — a sibling rivalry.

Barnabás Szőllős and his sister Noa Szőllős, born in Hungary, raised in Austria and trained by their Hungarian-Israeli father, will hit the slopes next week wearing blue and white.

Both will compete in all five individual alpine skiing events, which includes downhill and slalom races. And while men and women compete separately, whoever places higher will certainly take home bragging rights — currently held by Noa, 18, who beat Barnabás’ seventh place finish at the Youth Olympics by snagging bronze and silver medals in 2020.

“We can support each other and we will have the competition between each other,” Barnabás, 23, said in an interview. “Who is going to score the best result?”

Accompanying them to the Games is their father, whose grandmother was an Auschwitz survivor. Peter Szőllős made aliyah from Hungary in the early 1990s to race for Israel’s national team, which he also coached from 1995 to 2004.

The kids inherited their father’s Jewish identity — though Barnabás said the family did not practice Judaism growing up — and his passion for snowsports.

He put his three kids on skis virtually as soon as they could walk — there’s a YouTube video of Noa’s first time on skis as a two-year-old — and moved the family to Austria when they were still children so they could be closer to the slopes.

“He decided to make ski racers of all of us,” Barnabás said.

After Israel sent 90 athletes to the Tokyo Games last summer, its delegation this year is only six athletes — none of whom were born in the country. The other four Olympians became Israeli citizens through the country’s Law Of Return, which allows Jewish people of any nationality to immigrate; Barnabás and Noa inherited their father’s citizenship automatically. But they took the scenic route to compete for Israel. 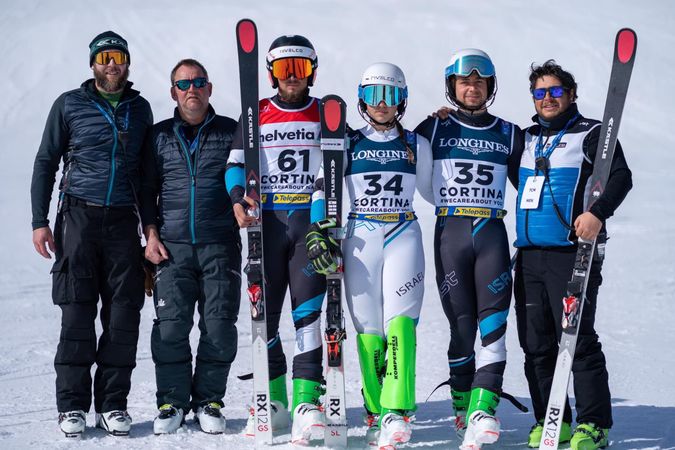 From right to left, Peter, Benjamin, Noa and Barnabas Szollos, with two of their coaches. Courtesy of Peter Szollos

The siblings Szőllős (pronounced zo-lush), who were born in Budapest, initially skied for Hungary. But after the national team director had a falling out with their father, Barnabás, Noa and their older brother Benjamin — who barely missed qualifying for Beijing — found their path to competition blocked. Israel offered them a way to keep competing at the top of the sport.

There is hardly a snowsports culture in Israel, a country with only two ski resorts (one of which relies on artificial snow). Neither sibling has skied there. But both siblings felt indebted to Israel for giving them a chance their home country didn’t. 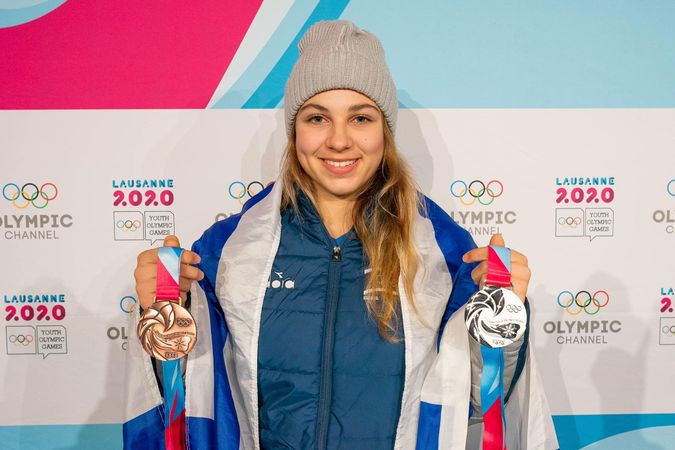 Noa Szollos became the youngest Israeli to medal at the Youth Olympics when she was 16, taking home silver and bronze in alpine events. Courtesy of Peter Szollos

“I really hope I can make a lot of people proud with this, because I’m extremely proud to represent Israel,” Noa said. “And it’s a really nice feeling that even though we’re not that deeply connected, they’ve taken us in with such kind hearts.”

“Making the perfect turn in giant slalom, I think there’s no better feeling in the world,” she said.

And at least over the phone, Noa is ebullient; Barnabás (who Noa calls “Barni”) more reserved. But both are confessed adrenaline junkies who listen to heavy metal to psych themselves up for the downhill plunge.

That’s where they diverge from their father, who Noa says sticks to jazz and soft rock.