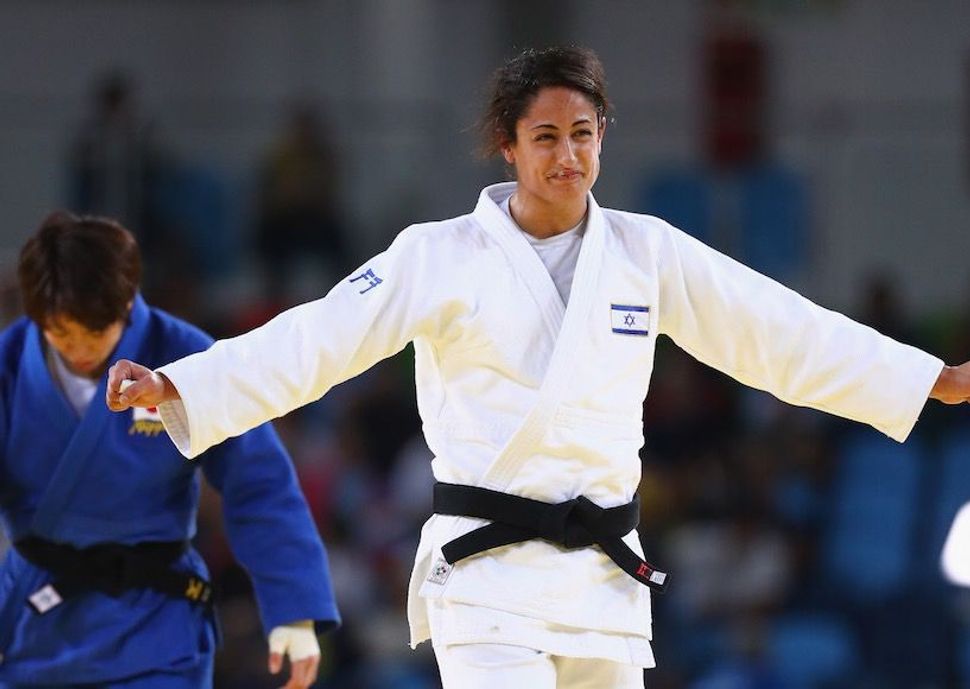 Something is happening in the world of sports that hasn’t happened since the middle of the last century: Jews. Jews are happening.

They have quietly been ascending the ranks in professional basketball, soccer, baseball, and tennis, and are now poised for a decade of dominance. Yes, we are living in the Golden Age of the Jewish athlete.

There might be as many explanations for the trend as there are Jewish up-and-comers: for example, increased immigration and availability of cheap travel, a strong Jewish youth sports ecosystem, and the proliferation of Israeli national sports. The economic maturation of American Jewry likely plays a role, too.

Ephraim Moxson, who publishes the Jewish Sports Review, a monthly newsletter that tracks Jewish athletes, has a simpler explanation: the salaries are higher.

“My son the doctor is now my son the pro football player,” Moxson said.

In February, Aslan Karatsev, an unranked, unheard-of Russian-Israeli tennis pro, was the talk of the tournament at the Australian Open, where he upset three top-20 players, including world No. 8 Diego Schwartzmann — also Jewish — before bowing out gallantly to eventual champion and ür-goy Novak Djokovic in the semi-final. A notable sports blog said Karatsev “might be a god. And this “god” isn’t even the second highest-ranked Jew with a racquet — that title belongs to world No. 11 Denis Shapovalov (born in Tel Aviv). 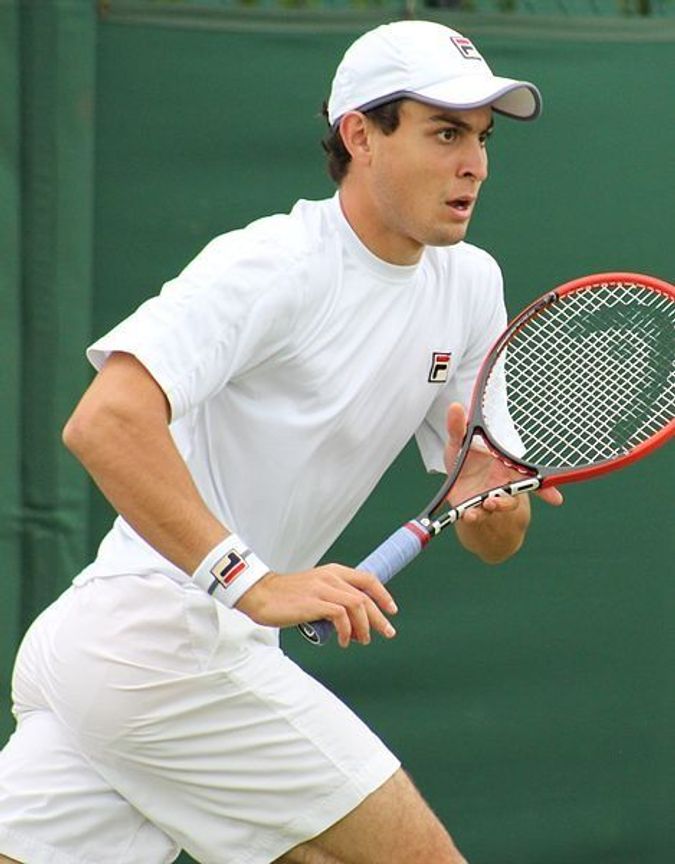 Meanwhile in Washington D.C., Deni Avdija, a gifted Galilean, is tearing up the NBA in his rookie season for the Wizards. Avdija has soared past expectations on the court, where he’s already proven a knockdown shooter, capable defender, creative passer, and generally telegenic dude. But the son of a Serbian basketball player and an Israeli track-and-field star has also been a surprisingly avid ambassador for Judaism. On Hanukkah, he lit a menorah and sang Maoz Tzur. And did I mention he’s only 20? 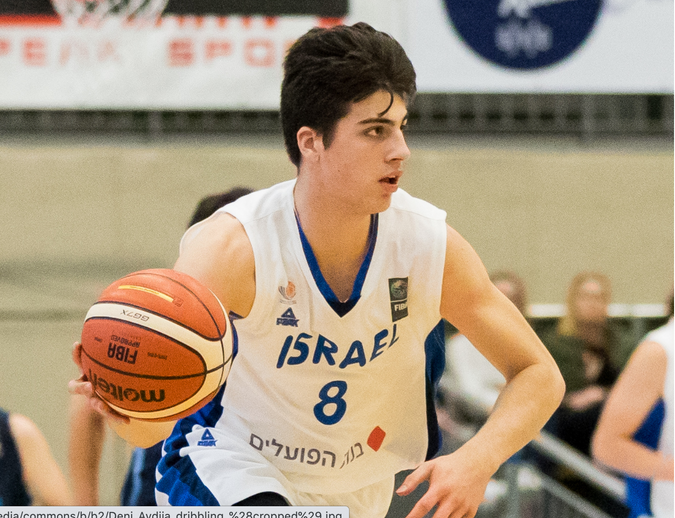 Baseball, historically the most fertile ground for American Jewish brawn, has more than ever these days: There are good ones like Dean Kremer, an up-and-coming Israeli-American Baltimore Oriole (bar-mitzvahed in Israel!) and Max Fried, a Maccabiah alum and ace of the Atlanta Braves’ pitching staff; bad ones, like the Houston Astros’ Alex Bregman, an MVP runner-up who was implicated in the team’s cheating scandal; and beloved ones, like Joc Pederson, a beloved Dodger slugger who played for Team Israel in the 2013 World Baseball Classic. 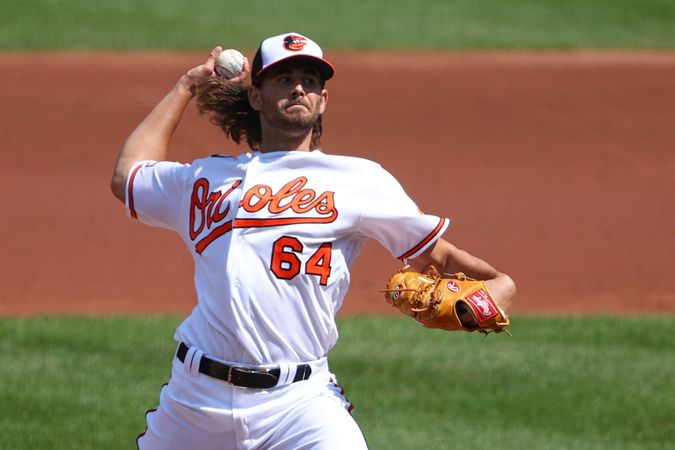 Over in the amateur scene, 18-year-old Elie Kligman, a hot prospect from Las Vegas, believes he can be the first Orthodox Jew in the Major Leagues. Forget Koufax — Kligman wants to sit out every Shabbat!

In football, you’re likely familiar with Julian Edelman and Josh Rosen. Edelman is the New England Patriots wide receiver who has played in three Super Bowls, studied for his bar mitzvah while om the team, and raised $10,000 for victims of the 2019 Pittsburgh Tree of Life Synagogue massacre by donating cleats he wore stamped with the words “The Tree of Life” in Hebrew and an Israeli flag. And quarterback Rosen just signed for another year by the San Francsco 49ers, was a standout UCLA player (and his orthopedic surgeon father Charles was a national figure skate champion).

But Moxson says the two best Jewish NFL players are offensive linemen — the Buccaneers’ Ali Marpet and the Chiefs’ Mitchell Schwartz — who faced off in last month’s Super Bowl. 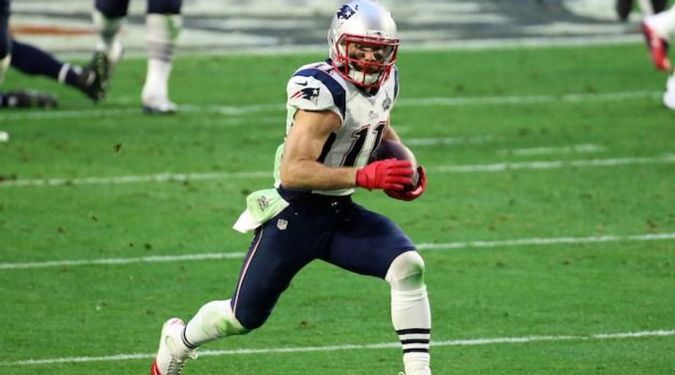 On the ice, there are a pair of Jewish brothers ripping nets and cracking skulls (figuratively, I hope) over in the National Hockey League. Jack Hughes — drafted first overall in 2019 and his brother, Quinn (picked seventh overall the year prior), will soon be joined in the league by the family baby, Luke in July’s amateur draft. The family Hughes: good for the Jews. 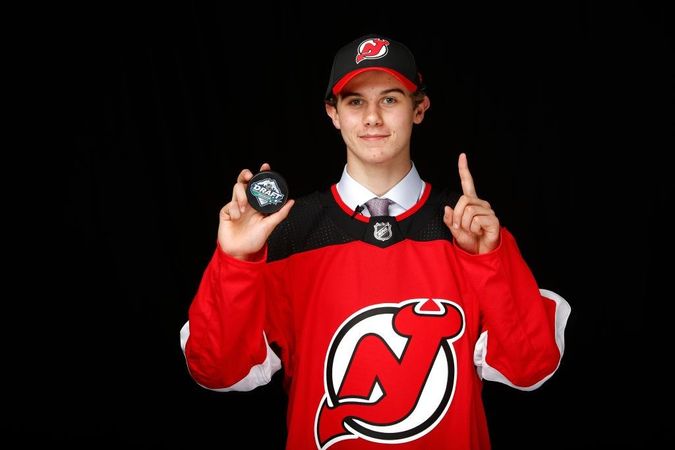 Jack Hughes poses for a portrait after being selected first overall by the New Jersey Devils during the first round of the 2019 NHL Draft at Rogers Arena on June 21, 2019 in Vancouver, Canada. Image by Kevin Light/Getty Images

Jews of color, often overlooked in mainstream Jewish culture, make an important appearance here, too. Amare Stoudemire, retired NBA All-Star and Avdija’s former teammate at Maccabi Tel Aviv, is in his first year as an assistant coach for the title-contending Brooklyn Nets. In a recent Instagram post, Stoudemire, who became Orthodox after undergoing a full conversion late in his NBA career, confirmed that the Nets are letting him take Sabbath off. We’re well within our rights to call the 6’10” Stoudemire a Gadol HaDor. 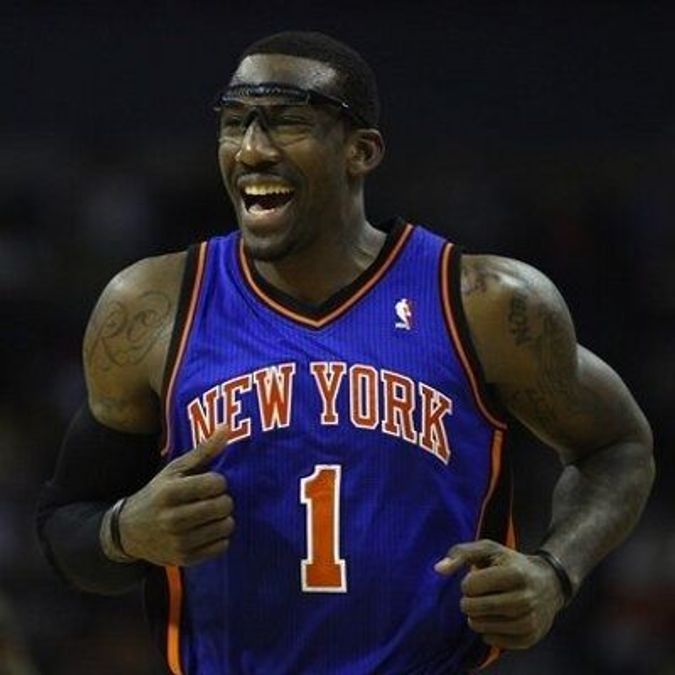 Look into less marquee sports and you’ll find Jews excelling there as well. Last year, two Orthodox athletes made news — Jewish news — when they sat out international competitions held on Shabbat. Estee Ackerman, a table-tennis maven from West Hempstead ranked 33rd in the country, had declined to enter U.S. Olympic trials because her games could not be scheduled before sundown Friday; and Beatie Deutsch, an elite marathon runner who lives in Israel, unsuccessfully appealed to the Olympic Committee to move the Tokyo marathon from Saturday to Sunday. 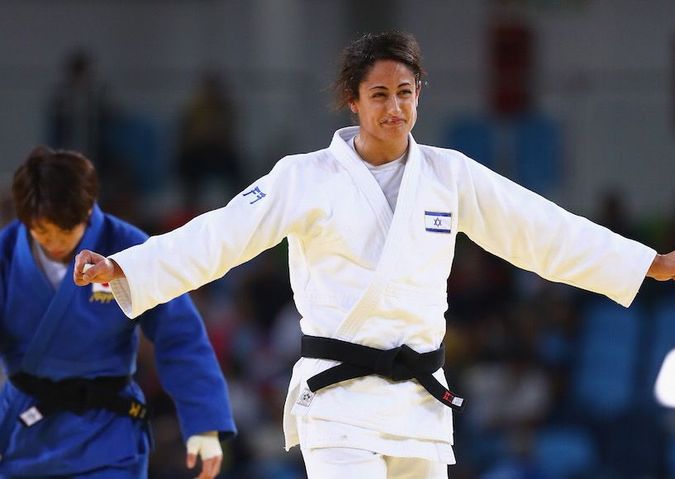 And lest we fail to represent Mizrahi Jews, Tunisian-Israeli Yarden Gerbi and Kurdish-Israeli Or Sasson both medaled in Judo at the 2016 Olympics. There must be juicy Jew judo juju, because the world No. 2-ranked men in both the sub-100 and sub-81 kilogram divisions — Peter Paltchik and Sagi Muki, respectively — are Israeli, too. 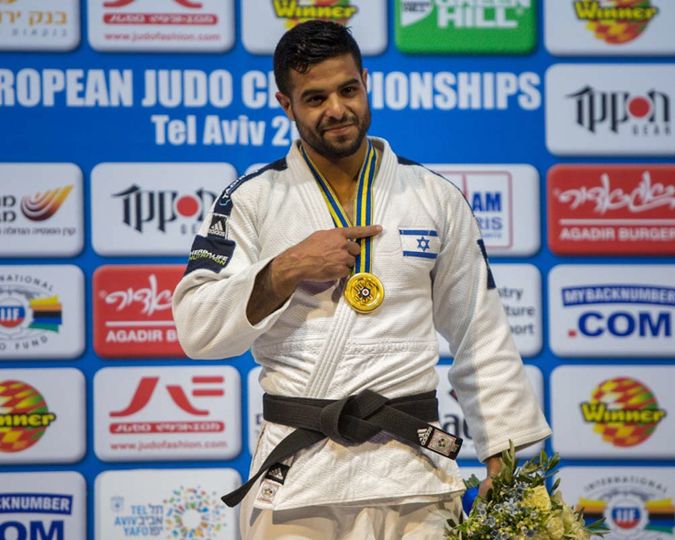 Has there ever been an era that compares to this one?

Jewish athletes have arguably reached higher peaks than today’s crop, especially in the period following the Second World War. In the 1950s, the fledgling NBA was dominated by Jewish players — the first NBA basket was scored by the Knicks’ Ossie Schectman. Sandy Koufax bagged Cy Young awards in the 1960s, and native Brooklynite Red Auerbach won nine NBA titles as head coach of the Boston Celtics between 1948 and 1967. (Technically it was between 1950 and 1966, but Jewish people tend to like those other numbers better.) And we’ve had a Jewish superstar here and there in the 21st century — like Shawn Green, and Aly Raisman.

But back then, even the stars were hardly scraping out a living.

“I remember that Al Rosen, a terrific baseball player, had to work a job in the winter,” when Rosen played in the 1940s and 1950s, Moxson said. “The salaries weren’t high enough.” 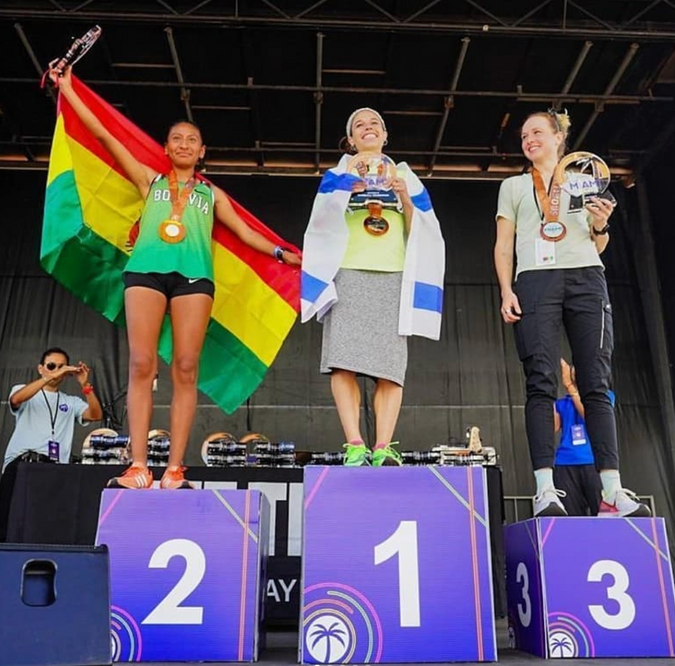 Beatie Deutsch is the Israeli national champion in the marathon and half marathon. Image by Instagram/marathonmother

What sets apart this age of Jewish athletes is not only the depth of talent — though the Wikipedia list is practically an infinite scroll — but the inclusivity of that depth. The Jewish athletes of today look, rather remarkably, like the Jews of today — a tapestry of ethnic and cultural diversity. They’re secular and halakhic; women and men; professional and amateur. They’re Jews with two Jewish parents and Jews by choice. They’re Jews from all over the globe.

That may also explain why the Golden Age is upon us: diversity is strength. The opening up of the former Soviet Union sent great Jewish athletes to Israel and the United States, and Israel, which didn’t exist at the start of the last Golden Age, has been a major contributor to this one.

Untold thousands of people working or volunteering in Jewish sports — coaching Maccabi teams, teaching Krav Maga in storefront dojos, or just being a carpooling parent — has certainly contributed. And the ability to travel cheaply to organized, high-level competition has also made it possible for talented Jewish athletes to find out how good they really are.

Louis Keene is a freelance writer in Los Angeles and the creator of Deni Diary, a free newsletter about Deni Avdija’s rookie season. Email him or follow him on Twitter.