Jewish nonprofits look to feds, states to help pay for security. But there’s not enough grant money to go around. 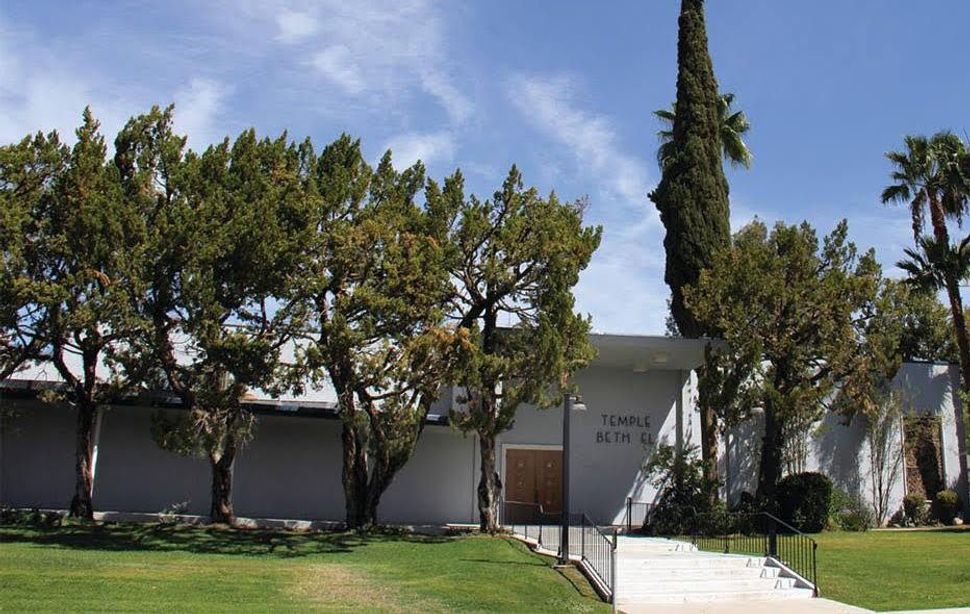 Congregation Beth El, in Bakersfield, received a nearly $200,000 security grant from the state of California. Courtesy of Jonathan Klein

Note: This story has been updated to reflect more recent events.

After he took a job leading a synagogue in Bakersfield, California, in May of 2020, Rabbi Jonathan Klein realized his community was vulnerable. Temple Beth El didn’t have much in the way of protection, and the rabbi worried about extremists, including the Ku Klux Klan, active in the surrounding county.

The feeling of exposure was heightened after an 11-hour hostage crisis unfolded at a Texas synagogue last month.

“We’re feeling the stress of Poway, Pittsburgh, Colleyville,” Klein said, referring to synagogue attacks that have occurred since 2018. “We’ve been feeling very prone.”

But now Klein looks forward to feeling safer. He recently learned that Beth El will receive a nearly $200,000 grant to beef up its security from the California Office of Emergency Services.

A handful of other states award grants to help vulnerable nonprofits protect themselves, but the largest source for such funds comes from the more established federal Nonprofit Security Grant Program. Texas Rabbi Charlie Cytron-Walker, who was taken hostage with three congregants during Shabbat services last month, will testify Tuesday before a U.S. House committee on the need to increase funding to the program. It doled out $180 million in 2020, but turned down most applicants.

Jewish groups, at the inception of the federal program 17 years ago — when it gave out a fraction of the money it now allocates — received about three quarters of its funds, said Nathan Diament, executive director for public policy for the Orthodox Union. But competition for the money is rising.

The federal government doled out $180 million for security grants last year, yet still turned down most applicants.

Interest in and applications for these grants “have expanded significantly in recent years beyond the Jewish community to other faith communities,” Diament wrote in an email. “This is in the wake of attacks at churches, such as in Charleston and Sutherland Springs, and others — such as the Sikh Temple in Oak Creek, Wisconsin.” The Orthodox Union and many other Jewish groups after the Texas hostage-taking have amplified their calls for a doubling of the federal funding to $360 million.

The hostage incident has also galvanized efforts to launch or boost similar programs within state governments. California is at the vanguard of this movement.

The money headed to Klein’s synagogue is part of a recently announced round of grants to 291 nonprofits in the state. They’ll share in a total of $47.5 million to better protect themselves with security doors, cameras and guards, among other enhancements. Jewish groups received about half the total dollars the California program distributed this year, up from about a third in 2019.

Even if funding for the federal program is increased this year, the architects of analogous state security programs expect demand for their grants to remain high. 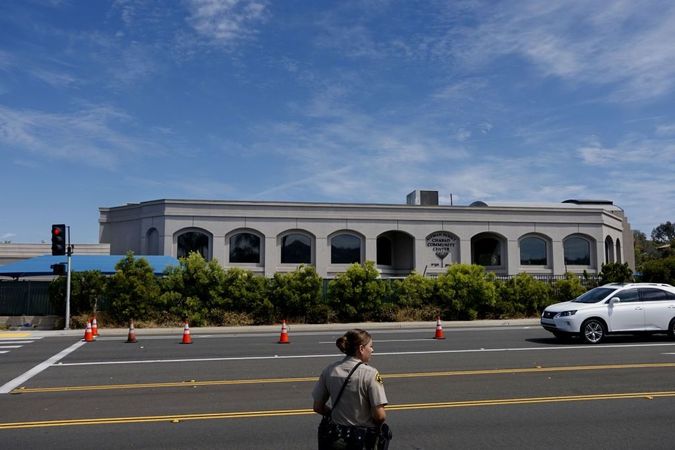 California’s legislature established its Nonprofit Security Grant Program in 2019 after a mass shooting at Chabad of Poway that killed one person and wounded three others. It allows institutions to apply for up to $200,000 per year provided they can demonstrate need and show how the money will be spent.

Since the program’s formal inception — security grants had been a line item in the state budget beginning in 2015 — it has helped fortify hundreds of religious, political, and mission-based institutions like Planned Parenthood clinics across the state, and spawned similar programs in other states including Pennsylvania and Illinois. New York has been giving out grants since 2017.

In the latest round of California grants, Jewish schools, synagogues, community centers and charities — 138 in all — received approximately $23.7 million, or roughly $172,000 each. 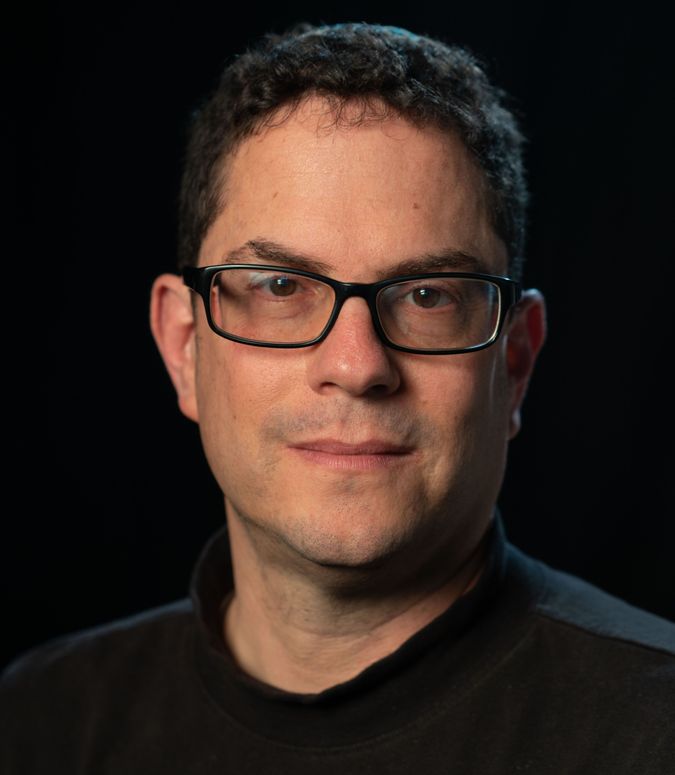 Klein said Beth El, which received $196,724, plans to construct a fence around the perimeter of the campus, install security cameras and reinforce the synagogue’s windows. Other synagogues plan to buy more secure front doors or motorize their gates.

“There’s plenty of other things that we need,” Klein said, security guards being one. “But this is a great step forward.”

State Assemblymember Jesse Gabriel, who chairs the California Legislative Jewish Caucus and wrote the legislation establishing the grant program, recently introduced a bill that would make it permanent. It is currently set to expire in 2025.

While California’s latest grant allocation was more than triple the amount it gave in the program’s first year, not all applicants get funded.

Among those rejected was Temple Beth El of South Orange County, a merger of Reform and Conservative congregations that now serves about 500 families. (It is not affiliated with Klein’s synagogue.) Lisabeth Lobenthal, Beth El’s executive director, said the synagogue would try to fundraise for the security upgrades it sought and apply again this year.

Lobenthal said she didn’t know why Beth El had been turned down, and assumed it was because more nonprofits applied than there was money to go around. But in looking at the recipients, she noticed that some wealthier synagogues secured funding, while some financially challenged ones did not.

“I saw people having received the requested grants that easily could have written the check out of their operating budgets, without even feeling it,” Lobenthal said, adding that she remained grateful for the program and the state’s willingness to take threats seriously.

As with the California state grants, there are more institutions that apply for federal security grants than receive them. According to a Jewish Insider report, nonprofits across the country submitted 3,361 applications requesting nearly $400 million in security funding, far exceeding the $180 million available through the Homeland Security program, which is run by the Federal Emergency Management Agency. Fewer than half those applications were approved.

It’s not only Jewish groups calling for more funding for the federal program, created after 9/11 along with other efforts to bolster domestic security. Last year, a bipartisan coalition of 145 members of Congress pushed to double the federal grant allocation, but were unsuccessful. Since the Colleyville incident, the campaign to boost funding has gained strength, with Senate Majority Leader Chuck Schumer and Homeland Security Secretary Alejandro Mayorkas among those voicing support.

Those who have received the California state grants said the security enhancements will be transformative.

“This is a real godsend for a small synagogue like ours,” said Rabbi Alan Henkin of Beth Knesset Bamidbar in Lancaster, which has a membership of about 50 families about an hour’s drive north of Los Angeles.

Its backers hope the state security grant program, which has grown in fits and starts since its 2019 founding, will continue to expand. In 2019, about $12 million was allocated, with approximately a third of it going to 44 Jewish organizations. Because California was facing a pandemic-induced deficit in 2020, it did not award any grants last year, though 29 Jewish organizations in the state received federal security grants.

Jewish nonprofit recipients of the California grants this year includes 30 Chabad institutions, mostly synagogues, which received a total of about $5.4 million, slightly less than a quarter of the Jewish nonprofit total. The recipients also include larger synagogues such as Stephen S. Wise Temple, Jewish schools such as Milken Community School, and four Jewish Family and Children’s Services offices. Valley Jewish Community Center in West Hills, which was the target of a mass shooting in 1999, was one of 63 Jewish nonprofits to receive the maximum amount.

The growing interest in the grant program predates the Jan. 15 hostage-taking at the Reform synagogue in Colleyville, Texas. But since the hostage crisis, the governors of Pennsylvania and Illinois have introduced their own nonprofit security grant programs to complement the federal one.

Eleven hours after Rabbi Charlie Cytron-Walker invited in a cold-looking stranger and offered him tea, he and the remaining Colleyville hostages escaped the building unharmed. Afterward, Cytron-Walker, who had thrown a chair at the captor to buy them time to run, credited his synagogue security training, but also said he wished an armed guard had been present.

Klein, of the Bakersfield congregation, said he regretted that synagogues had to adopt the aesthetic of “a war zone.” He couldn’t shake the feeling that what happened at Cytron-Walker’s synagogue could have happened at his.

Cytron-Walker attended the same seminary as Klein, and the two have scores of mutual friends on Facebook.

But the vulnerability of his synagogue was not the only aspect that spooked him. It was also the sense that a rabbi’s generosity could be a hole in the fabric of synagogue security — and one he might not want to patch.

“He’s doing what we do,” Klein said of Cytron-Walker. “We let people in, we give them a cup of tea.

“I would do the same thing,” he continued. “Maybe not anymore. I don’t know.”

Jewish nonprofits look to feds, states to help pay for security. But there’s not enough grant money to go around.