A pro-Israel progressive aims to unseat Rep. Carolyn Maloney — on his third try 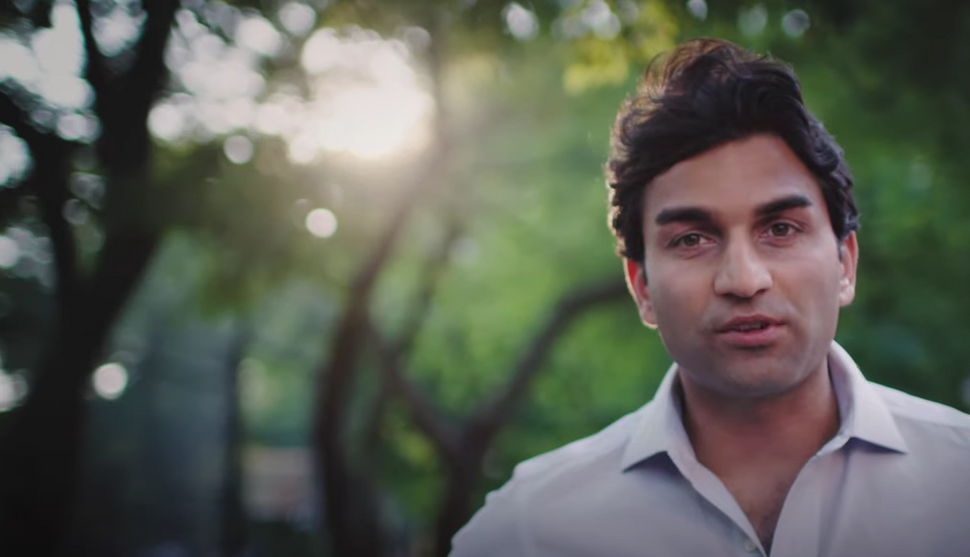 Suraj Patel, a self-described “pragmatic progressive,” came within four points of beating longtime U.S. Rep. Carolyn Maloney in their last primary battle. In their third matchup, Patel says he aims to appeal to a broad array of Maloney voters, including centrists who think, after 30 years, she has had enough time in Washington. He’s still running hard on his progressive bona fides — but making it clear that he separates himself from the increasingly critical stance that left-leaning Democrats have taken on Israel.

Patel in a recent interview said he values “the unique relationship with the only ally we have in the Middle East that is supportive of civil liberties, of religious freedom,” and that he rejects the “disentangling” of that relationship from progressive politics, a trend he calls “a big mistake.”

Patel said he would continue the long-standing policy of supporting U.S. military aid to Israel and opposing the Boycott, Divestment and Sanctions movement as he seeks to retire the incumbent. 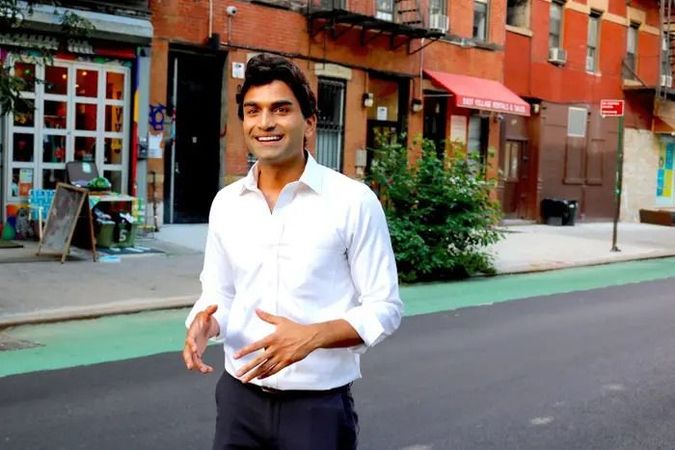 Suraj Patel during his previous run against Rep. Carloyn Maloney in 2020 Image by Courtesy

The 12th District, which includes large swathes of Queens, Brooklyn and most of Manhattan’s East Side, has been expanded to include parts of the Upper West Side with a significant Jewish population in the redistricting process that was subject to partisan gerrymandering.

Maloney, a moderate, strongly pro-Israel Democrat who has served 15 terms, is one of a few incumbents who have faced tough primary challenges in recent elections. In her 2020 matchup with Patel, a former staffer to President Barack Obama and an attorney, he points to 12,500 ballots that were invalidated because of signature issues, and alleges voter suppression.

Patel, 38, is now seeking to introduce himself to some 95,000 new voters who have never cast a ballot for Maloney and to constituents who may be looking for a new voice. He is one of seven candidates challenging Maloney in the June 28 Democratic primary.

His campaign’s internal polling shows Maloney has the support of 37% of likely Democratic primary voters, and he has 28%. Rana Abdelhamid, a Google employee and a progressive community organizer, came in third place with nine percent in Patel’s poll and recently received the endorsement of The Jewish Vote, a New York-based progressive group.

“The fact that there are multiple challengers coming from different parts of the spectrum, simply shows the need for change in this district,” Patel said.

Pro-Israel with a kick

Patel, the son of Indian immigrants, said he shares a common story with many American Jews in New York who came looking for economic opportunity, freedom and acceptance. By extension, he said, he supports strong U.S.-Israel relations, because the Jewish State was founded to fulfill similar aspirations. 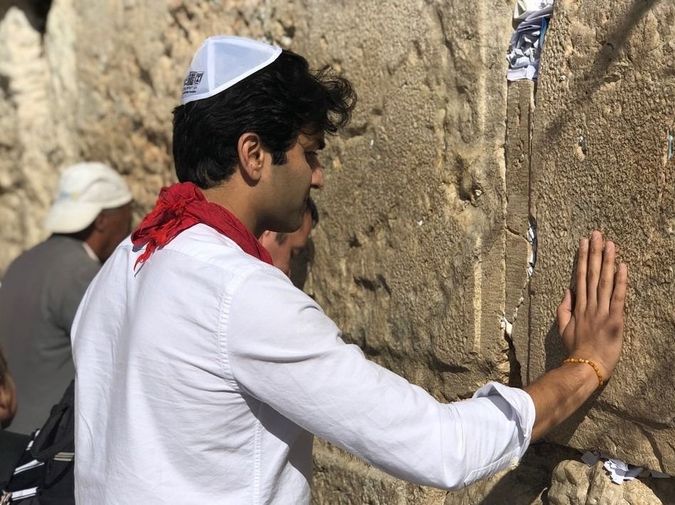 Suraj Patel praying at the Western Wall Image by Courtesy

Patel maintained that he took a strong stance for Israel “long before I ever contemplated running for office.” As a college student in 2003, he signed public a letter published by members of the Stanford Israel Alliance affirming the country’s right to exist as a democratic independent state in the Middle East and disavowed the then nascent BDS movement.

His first trip to Israel was in 2008, after serving as an organizer on Obama’s presidential campaign. He later joined the White House advance team and worked on Obama’s 2012 reelection campaign. Patel traveled again to Israel in 2019 with his grandmother and a dozen other family members to celebrate Thanksgiving.

Maloney, a Presbyterian, is considered an ally of the Jewish community with a strong pro-Israel record. She was the main sponsor of the Never Again Education Act, which bolsters and expands the United States Holocaust Memorial Museum’s educational programming. In 2015, Maloney was among 25 Democrats who opposed the Iran nuclear deal. She also backed the Trump administration’s decision to move the U.S. embassy from Tel Aviv to Jerusalem and expressed support for the U.S. to publicly acknowledge Israeli sovereignty over the Golan Heights. And she has received the endorsements of the Democratic Majority for Israel and Pro-Israel America. 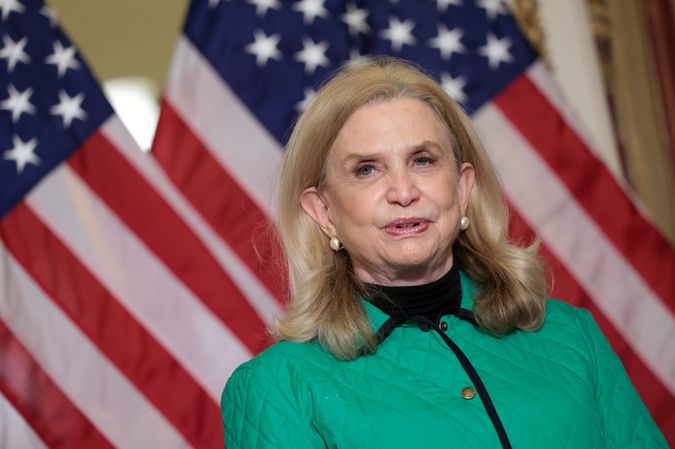 Rep. Carolyn Maloney at a bill enrollment ceremony for the Postal Service Reform Act, H.R. 3076, at the U.S. Capitol on March 17, 2022 Image by Kevin Dietsch/Getty Images

Patel’s pitch to the pro-Israel community goes like this: “I would be a better champion for the U.S.-Israel relationship for the next 20 to 25 years and ensure that Israel doesn’t become a one-party issue.”

As for voters who still feel grateful to Maloney for her service over the years, Patel argues that she has had enough time in Congress to try to meet the new challenges facing the country and the Democratic Party, including slipping support for Israel. “If we want to ensure that support for Israel remains sacrosanct, we need new leaders who are going to be able to make that case forcefully to the next generation of Democrats,” he said.

If elected, Patel would find allies in two other New Yorkers –- Ritchie Torres and Mondaire Jones — two progressive Democrats who succeeded longtime pro-Israel members in neighboring districts in 2020. Rep. Jamaal Bowman, who defeated Eliot Engel in the 16th District, took heat from his Socialist allies for a recent trip to Israel, but has also been taken to task by Jewish leaders for criticizing Israel.

A pro-Israel progressive aims to unseat Rep. Carolyn Maloney — on his third try