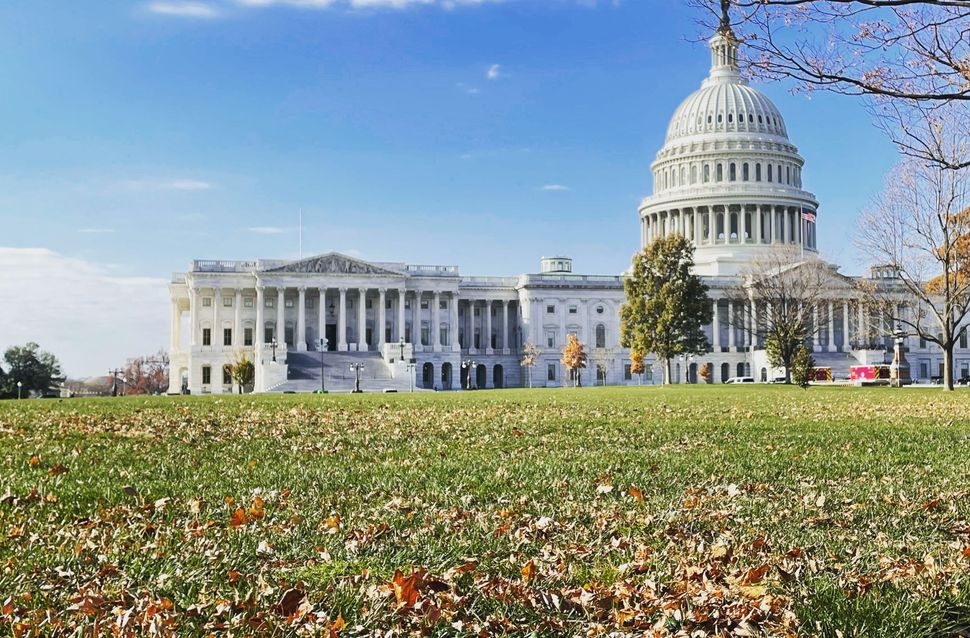 A New York Jewish progressive group on Wednesday will endorse candidates in two Congressional districts which include significant Jewish constituencies and where incumbents could be vulnerable.

The Jewish Vote is backing Democrats Brittany Ramos DeBarros, a former army officer, for the 11th Congressional District, and Rana Abdelhamid, a community organizer, for the 12th, the group told the Forward. Both candidates are also members of Democratic Socialists of America.

The newly redrawn 11th, which includes Staten Island and parts of Brooklyn, is now represented by Nicole Malliotakis, a first-term Republican. The 12th, which includes large swaths of Queens, Brooklyn and Manhattan, has been represented by Carolyn Maloney, who was first elected to Congress two decades ago and has faced tough primaries in recent years. Candidates seeking the group’s endorsement filled out a questionnaire and answered questions from its steering committee.

Audrey Sasson, JFREJ’s executive director, described DeBarros and Abdelhamid as “bold leaders in Congress who are not afraid to challenge patriarchy, corporate power, and white nationalism.”

The Democratic primary is on June 28. Election Day is Nov. 8.

DeBarros, 32, is a combat veteran who served in Afghanistan and who is now an anti-war activist.

She is running in the Democratic primary against Max Rose, also an army veteran, who is seeking to reclaim the seat he lost in the 2020 election. State Democrats recently redrew the district to include the more progressive neighborhoods of Park Slope and Sunset Park and exclude more conservative neighborhoods in Southern Brooklyn that are likely to favor incumbent Malliotakis. The district is also home to a large Muslim-American community.

In an interview, DeBarros said she is “honored” by the endorsement and is excited to work with JFREJ members who are from the parts of Brooklyn recently added to the district.

Bill de Blasio, the former mayor of New York City, who is progressive, considered running against Rose, a moderate Democrat, but opted out on Tuesday.

Katie Unger, a member of the Jewish Vote’s steering committee who lives in the district, said DeBarros more than other candidates clearly embraced a progressive approach to community safety. Staten Island was where, in 2014, police killed Eric Garner, a Black man, after putting him in a chokehold. The district also includes many police officers.

She “uniquely understands how to strike the balance NY-11’s representative needs to advocate for all the district’s constituents and defend civil rights and Black lives,” Unger said.

During their interviews with The Jewish Vote, candidates also spoke about teshuvah, reflecting on their past, Unger added. “As she told us, veterans, by virtue of their time in military service, have both been victims of violence and have engaged — directly or indirectly — in violence.”

DeBarros said that building on the election of “progressive, bold women of color” in the recent citywide elections, she believed that the new district lines improve her chances as a progressive challenging the establishment.

A race to watch

Abdelhamid, 28, the daughter of Egyptian-born parents, works at Google, and is one of seven candidates trying to oust Maloney in the redrawn district that includes most of Manhattan’s East Side and parts of the Upper West Side.

Maloney, in her 15th term, enjoys strong ties to the Jewish community and is backed by pro-Israel PACs. Internal polling conducted by the campaign of Suraj Patel, a former Obama staffer who launched his third consecutive campaign against Maloney earlier this week, showed 37% of likely Democratic primary voters supporting Maloney, 28% backing Patel and 9% favoring Abdelhamid.

Jeri Essagof, a JFREJ member who lives in the district, said Abdelhamid’s approach to combating antisemitism impressed the Jewish Vote’s endorsement team. “She not only demonstrated a deep understanding of antisemitism’s impact across the world and here in New York, but also offered specific policy solutions,” said Essagof, who is also part of the group’s Sephardi/Mizrahi caucus.

Abdelhamid was the victim of an Islamophobic attack in her teenage years, when a man tried to snatch her hijab off her head on the street. The incident inspired her to teach other Muslim women self-defense.

“I could not be prouder to receive the support of The Jewish Vote,” Abdelhamid said.