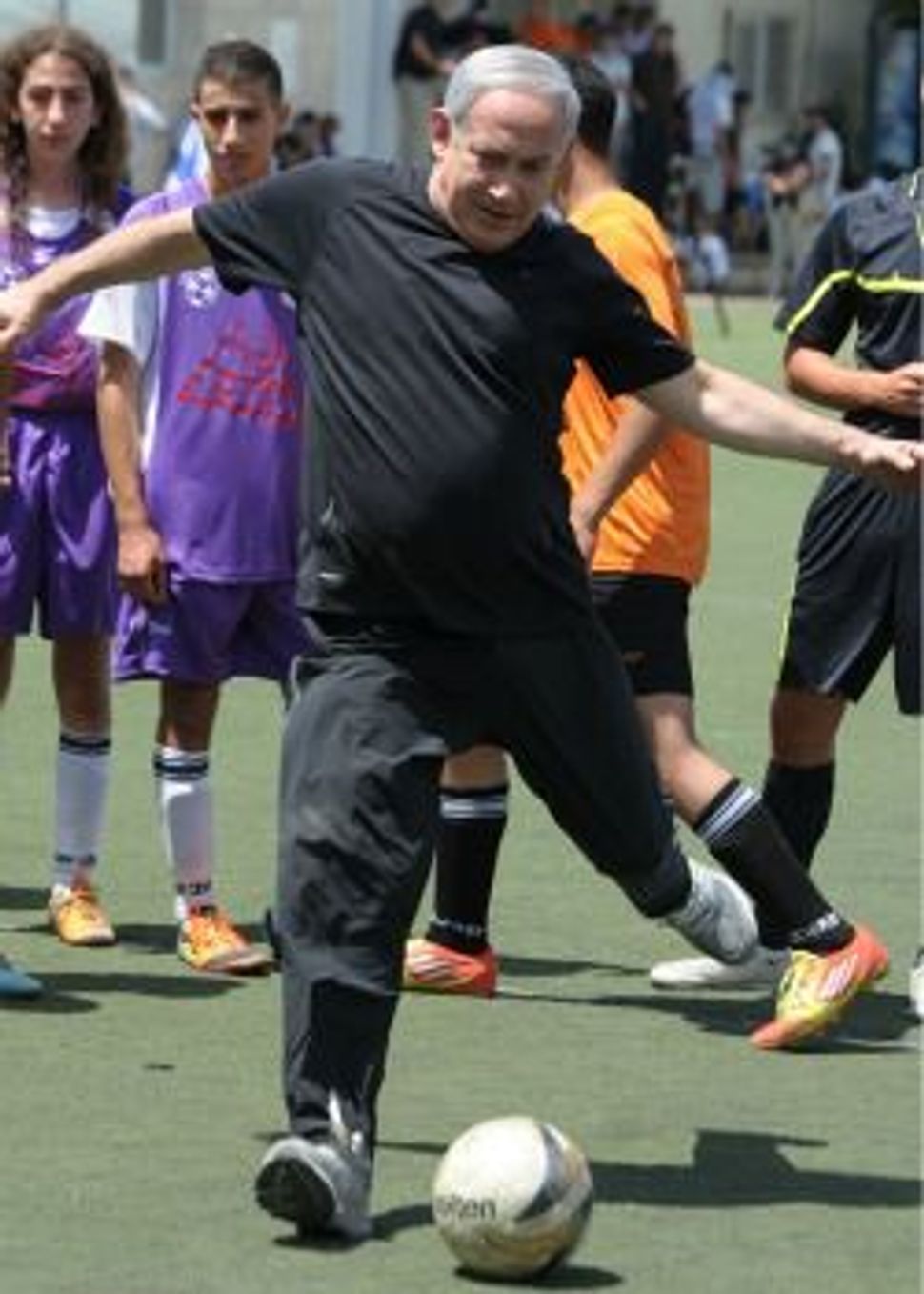 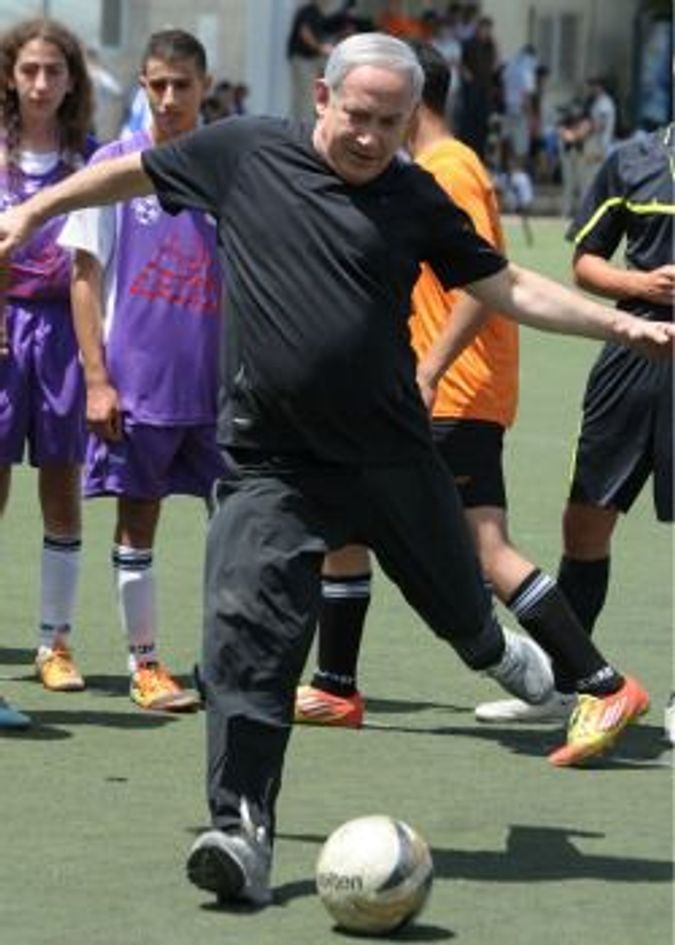 Netanyahu pulled a tendon in his leg during the Monday afternoon game with young Jewish and Arab players in Jerusalem, Walla! News reported.

The prime minister slipped on the grass, got up and continued to play and scored a goal, according to Walla!

Netanyahu’s personal physician, Dr, Tzvi Berkowitz, examined the prime minister and diagnosed the pulled tendon, according to the news website. The injury caused the postponement of a Likud party meeting.