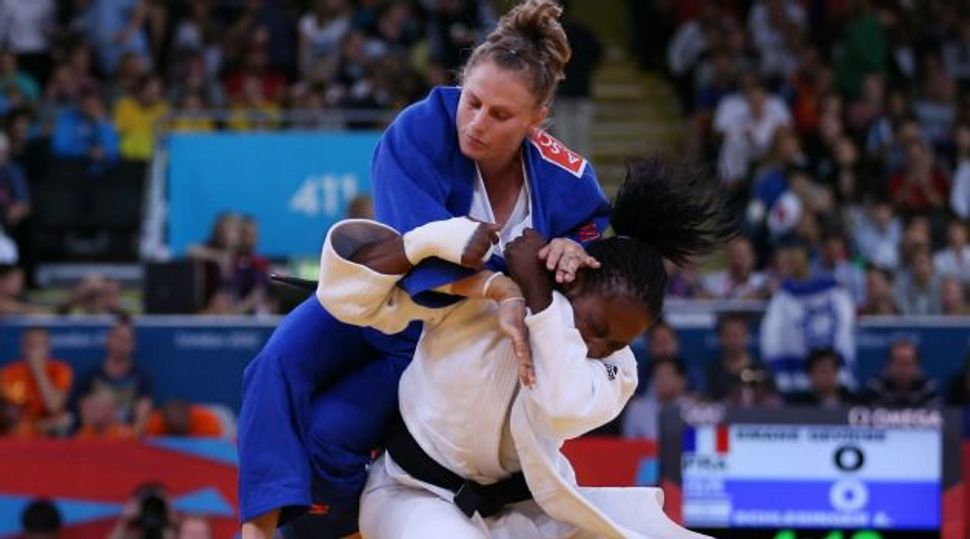 Israeli judoka Alice Schlesinger lost her chance to win a gold medal at the London Games today when she lost in the quarterfinals of the women’s -63kg competition, and finished ranked seventh after a subsequent loss in the consolation bracket.

She headed into the consolation bracket with an injured elbow, fighting a match against France’s Gévrise Émane. Schlesinger lost by a yuko over a second warning in the last minute and a half before the end of overtime.

Prior to the final match, Pavel Musin, Schlesinger’s coach and life partner, had told Haaretz her chances of winning did not look good. Speaking to Haaretz again once the match was over, Musin said it was a “Great fight despite the injury. The crowd was wonderful.”