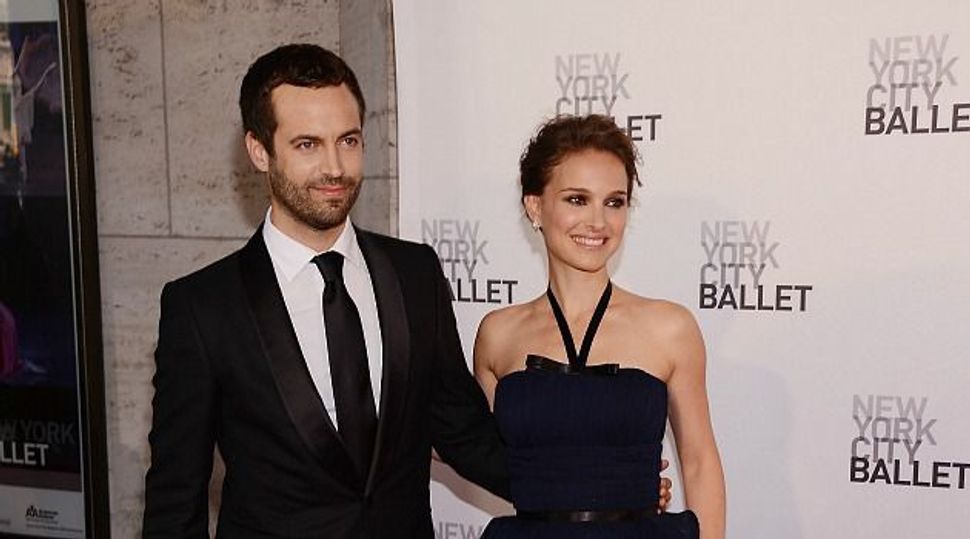 Natalie Portman got married on Saturday night to her fiancé of two years, French dancer and choreographer Benjamin Millepied, in a small Jewish ceremony in the California resort town of Big Sur, People magazine reported.

The Oscar winner and her new hubbie were surrounded by family and friends, including Ivanka Trump.

The pair, who have been engaged for two years, exchanged vows after dark in a Jewish ceremony at a private home.

By December 2010, the couple announced they were engaged and expecting their first child. Their son Aleph is now 14-months old.

Some fans had assumed that the pair had already wed earlier this year when the pair turned up at the Oscars with official looking bands on their fingers.