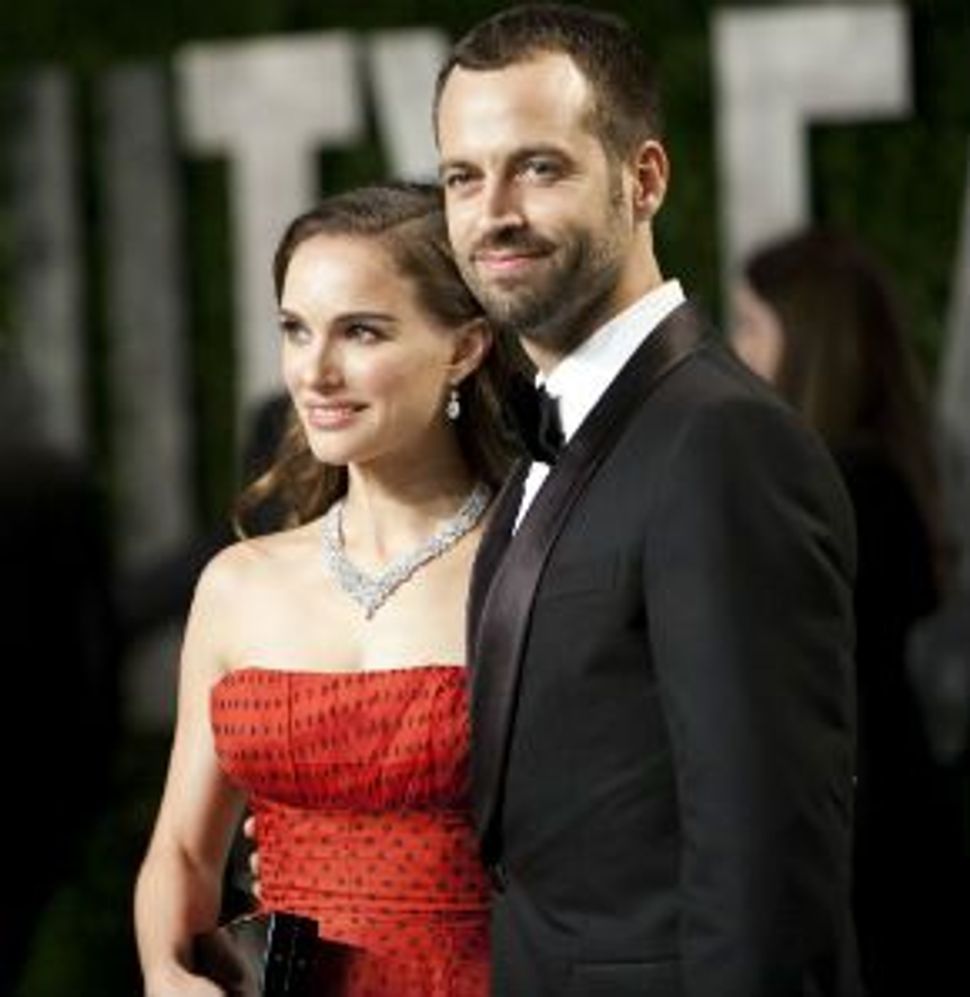 UPDATE: The rings say it all—Natalie tied the knot.

The rings that actress Natalie Portman and her fiancé Benjamin Millepied were wearing at the Academy Awards this past Sunday could very well have signaled that they’ve made it official. But Portman’s reps wouldn’t confirm one way or another to the New York Daily News, so the Shmooze doesn’t know what to think.

It may be true that Portman and her fiancée (or is that husband?) aren’t talking, but the woman who designed their rings certainly is. Jeweler Jamie Wolf has released a statement confirming that she designed “wedding rings” for the couple. Wolf said she created two diamond bands to go on either side of Portman’s engagement ring, and a platinum wedding band for Millepied. All the pieces are made of recycled metals and conflict-free diamonds.

Wolf, a dancer friend of Millepied, also designed the engagement ring he gave to Portman last year. She said that Millepied was very involved in helping to design that ring, and that he wanted to make sure that it fit in with his fiancée’s values and vegan lifestyle. “We wanted everything about the ring to speak to things that are important to Natalie,” Wolf said.