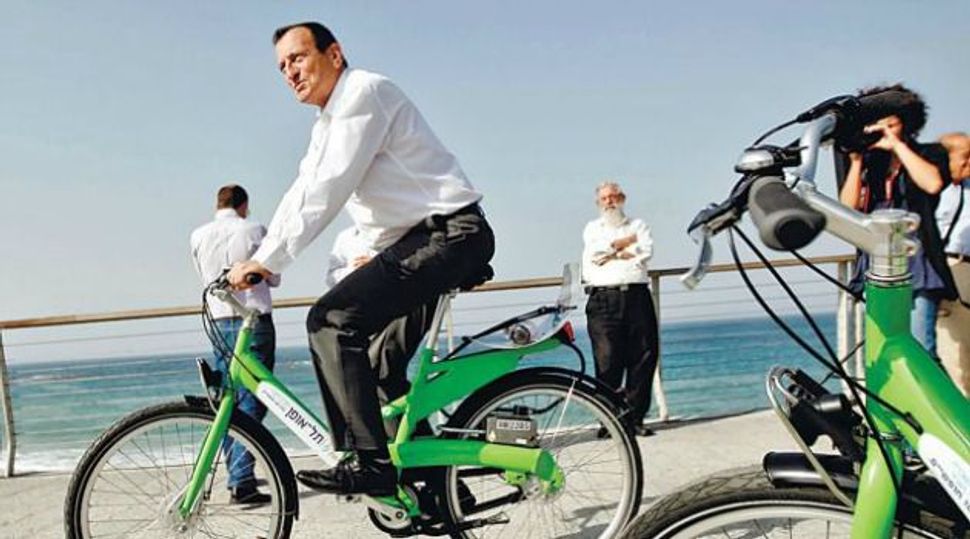 Transportation Minister Yisrael Katz threatened to cut government funding for Tel Aviv’s bicycle rental service if the mayor does not retract what Katz said was a decision to allow the rental stations to operate on Yom Kippur.

Katz said Tel Aviv Mayor Ron Huldai was “infringing on the holiest day for the Jews” to gain political traction with his many non-religious constituents. But the city later issued a statement saying it had not been planning to allow residents or tourists to rent bikes through Tel-O-Fun on Yom Kippur itself, and attacked Katz for “not checking the details” first.

The municipality and Tel-O-Fun said that only those with an annual subscription will be able to use the bikes over the holiday, as long as they rent them beforehand and return them afterward. Unlike last year, the Yom Kippur rentals will be free for the subscribers.

The city also pointed out that funding for Tel-O-Fun comes from the municipality, not the Transportation Ministry.