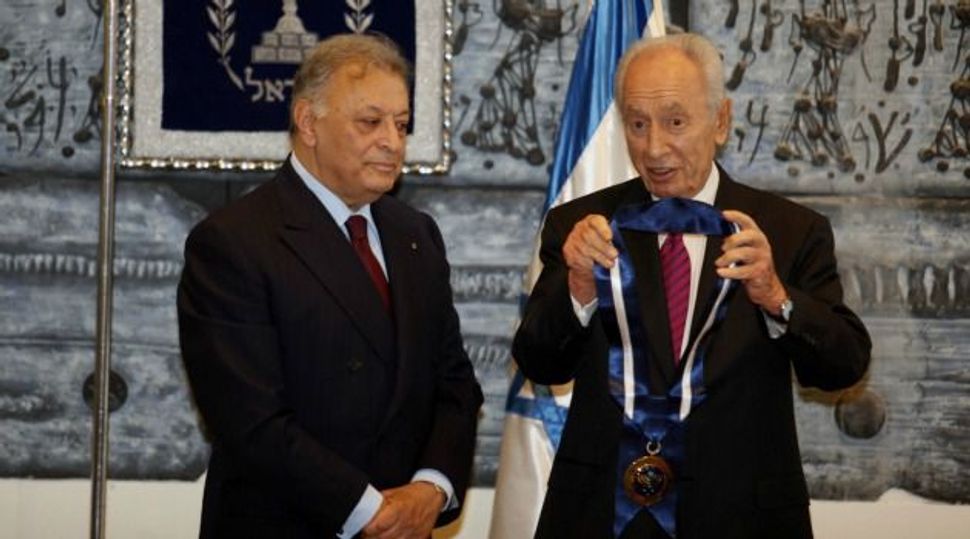 Mehta is the music director for life of the Israel Philharmonic Orchestra and a visiting conductor for orchestras around the world.

The award, presented at a special event Monday morning at the President’s Residence, was conferred “for his outstanding contribution to culture in the State of Israel.”

Peres in conferring the award said he could not think of anyone else who has offered such a unique contribution to Israel, its people and its mood.

“You have shown leadership,” Peres said. “A leader was born to elate the spirit and the hopes of the people. That’s what you did.”

Peres said Mehta and the Israel Philharmonic “carried a flag of friendship across the world and represented our country in an unbelievable manner. Music conducted by you became a message for peace, a message of hope.”

In accepting the award, Mehta said, “What Israel has given me in the last 50 years I can only give back by having my musicians night after night play their hearts out all over the world.”

The Presidential Medal of Distinction is awarded to individuals and organizations that have made unique and outstanding contributions to Israeli society and Israel’s image around the world, and which constitute examples of initiative, innovation, creativity and vision.