After Sandy, A Desperate Hunt for Coffee 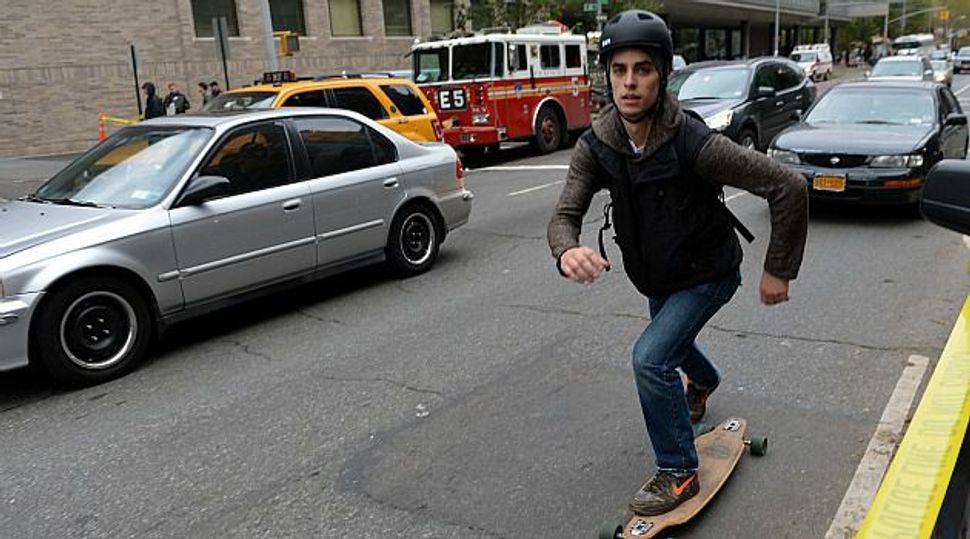 No Java for You: Getting back to everyday life was a challenge for New Yorkers, especially those seeking their morning coffee in lower Manhattan. Image by getty images

Flooded streets, power outages and subway shutdowns drove New York java junkies to great lengths this week to get a cup of coffee – good or otherwise – as the city struggles to recover from historic storm Sandy.

Jonathan Truppman’s search brought him from his West Village home in lower Manhattan to Times Square, a district in midtown Manhattan whose bright electronic billboards are normally shunned by natives.

With power off in many Manhattan neighborhoods, New Yorkers were being forced far from their normal haunts to get their caffeine fix, as chains like Starbucks Corp, Dunkin’ Donuts and Tim Hortons scrambled to reopen outlets in the world’s financial capital on Wednesday.

“I had to drive up here from the West Village to get my coffee,” said Truppman, 27, at Oren’s Daily Roast in Times Square. The lawyer was unable to get coffee in lower Manhattan where he lives and works because of a power blackout.

Underscoring how much life has been disrupted, as well as how deeply addicted to caffeine many New Yorkers appear to be, dozens of people said they struggled to find their favorite cup of Joe on Tuesday and Wednesday as the massive storm forced many coffee shops to close.

Many stores in midtown Manhattan opened two or three hours later than usual on Wednesday, and most in lower Manhattan didn’t open at all.

“Everybody’s going around asking ‘Do you sell coffee?’ Nobody can find coffee (downtown),” said Patty Lui, 55, a Tribeca resident who works as a technical designer for a garment company in midtown Manhattan.

Vera Leung, 25, an architecture student who lives in the Financial District, was one of the few lucky enough to find a cup of coffee in downtown Manhattan, but she wasn’t happy.

“Food trucks. That’s where I got mine,” Leung said, when asked where she got her caffeine fix. “It wasn’t good at all. I usually get mine from Joe’s. It is not open.”

“This is day three (without power). I can’t imagine what people will be doing day four and five,” said Mark Hernandez, 45, who owns Berkli Parc Cafe in the hard-hit Lower East Side and doesn’t yet know when his business will be able to reopen.

New Yorkers were not the only ones craving caffeine.

In Fairfield, Connecticut, a coastal commuter town with widespread power outages, the most popular spot on Tuesday was a Mobil gas station near the edge of town with power and, more importantly, two working coffee pots on overdrive.

Bleary residents lined up 30 deep to watch as the pots filled drop by drop, and were then emptied immediately.

“This is the best-smelling gas station in the world,” declared a burly man who did not want to give his named.

Coffee chains kept their stores closed for a variety of reasons, including power outages, difficulty getting staff to work or problems restocking.

Dunkin’ Brands spokeswoman Michelle King said half of the company’s 120 shops in Manhattan were up and running. Starbucks spokeswoman Haley Drage said nearly half of the roughly 300 Starbucks stores in the New York metro area, which includes Long Island, were open.

Brynn Burton, a spokeswoman for Tim Hortons, said six of the company’s 15 locations in New York City remained closed because they were in areas where a state of emergency had been declared.

Life was hectic for employees at stores that managed to open their doors.

Aslam Khaji, manager of Tim Hortons in Herald Square, said the store saw “unusual business” in the past two days.

“Around here, all stores were closed. So people were looking for food. That’s why we (stayed) open,” Khaji said.

At the Dunkin’ Donuts on 1st Avenue and 66th Street in Manhattan’s Upper Eastside neighborhood, a general manager who declined to be identified said the shop didn’t close at all during the storm. Employees worked in three shifts to meet demand.

A Starbucks in Flatiron, bordering an area hit by a major power outage, was packed with at least 50 customers at one stage on Wednesday afternoon, most of them standing.

Damian Santiago, 28, an employee at the store, said it was closed on Tuesday. When asked why it didn’t open sooner, the Brooklyn resident joked: “I couldn’t get my canoe yesterday.”

After Sandy, A Desperate Hunt for Coffee