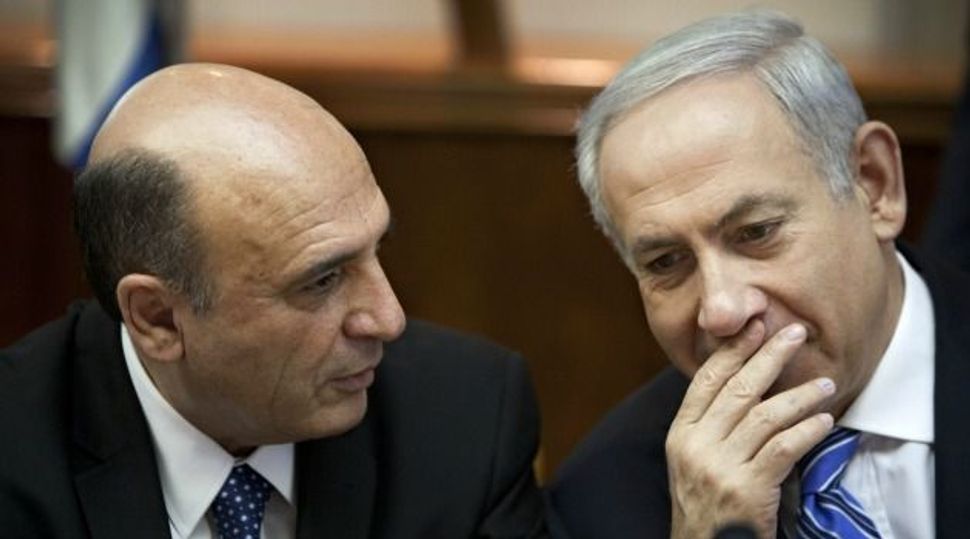 Israel’s once dominant Kadima party faces eclipse at a January election, with polls suggesting the movement created by former prime minister Ariel Sharon could be replaced by new and revived forces at the helm of centre-left opposition to Prime Minister Benjamin Netanyahu.

Surveys ahead of the Jan. 22 election predict victory for Netanyahu and his right-wing Likud bloc, and a realignment that revives the ailing Labour party as leader of a strong centre-left, championing domestic issues of the economy and the ultra-religious’ role in Israeli society.

Polls indicate that the centrist party once led by former prime minister Ehud Olmert and former foreign minister Tzipi Livni will be trounced. The latest, published by the daily Yedioth Ahronoth on Friday, showed Kadima winning no seats at all, an astonishing collapse for the party that led Israel’s last government three years ago.

“They simply haven’t delivered, nor identified enough with the issues of the day, therefore they have disappeared. People are looking for answers elsewhere,” says Tamir Sheafer, a political expert at the Hebrew University of Jerusalem.

“I wouldn’t be surprised if they disappear altogether given the continuing momentum of decline in popularity.”

Kadima sought peace with the Palestinians more doggedly than the right-wing coalition of Netanyahu has done, but led Israel into two wars in three years, in Lebanon and Gaza, then failed while in opposition to seize on popular discontent over high living costs that challenged the right.

The party, created by a breakaway of moderates from Likud seven years ago, has had three leaders in four years and some ex-supporters say they are no longer sure what it stands for.

On foreign policy issues such as Middle East peace and the perceived threat from Iran’s nuclear development programme, the electorate tends to vote consistently with the right. Netanyahu has made a key issue of the threats to Israel’s security.

Kadima has gradually crumbled since its charismatic founder Sharon had a stroke in January 2006 and fell into a coma.

His successor Olmert went on to win an election that year but Kadima’s promise of making peace with the Palestinians never was achieved.

Olmert has been largely acquitted of corruption charges which forced his resignation in 2008 and could yet lead Kadima into the January election. But he has not yet said whether he wants to make a comeback.

Livni quit parliament after Kadima ousted her as leader in March and elected Shaul Mofaz, a former defence minister, in her place. He made an ill-fated alliance with Likud which collapsed after a few weeks in a dispute over Mofaz’ insistence on a compulsory military draft for ultra-Orthodox Jews. Netanyahu resisted this to placate his religious coalition partners.

It was Olmert who led Israel into an inconclusive conflict with Lebanese Hezbollah guerrillas in 2006. And in 2009, he ordered a three-week offensive against Hamas militants in the Gaza Strip which drew international criticism over the high Palestinian civilian death toll.

Polls show centrist voters favouring a political newcomer, TV personality Yair Lapid, whose “Yesh Atid”, or “There is a Future” party has captured the national eye with a focus on domestic as well as security or foreign policy concerns.

Lapid could take 15 seats in the 120-member Knesset.

A firebrand former muckraker journalist, Shelly Yachimovitch, is tipped to take left-of-centre Labour to the number two spot behind Netanyahu’s Likud in the 120-member body.

In the weeks since Netanyahu called an early election, Kadima politicians have been bailing out, some joining other parties. Half a dozen have either quit parliament or defected to Likud, while others have sought refuge in Labour’s ranks.

Analysts are split on whether Olmert has enough electoral appeal to beat Netanyahu, as he still faces a verdict in a trial over a real estate deal. Livni has come under fire for having failed to build a coalition in 2009 despite the fact that Kadima out-polled Netanyahu and had first shot at forming a coalition.

The two former Kadima leaders issued a statement on Wednesday saying they would fight to oust Netanyahu. But they have not said if they will run for parliament. They still have a few weeks to decide.