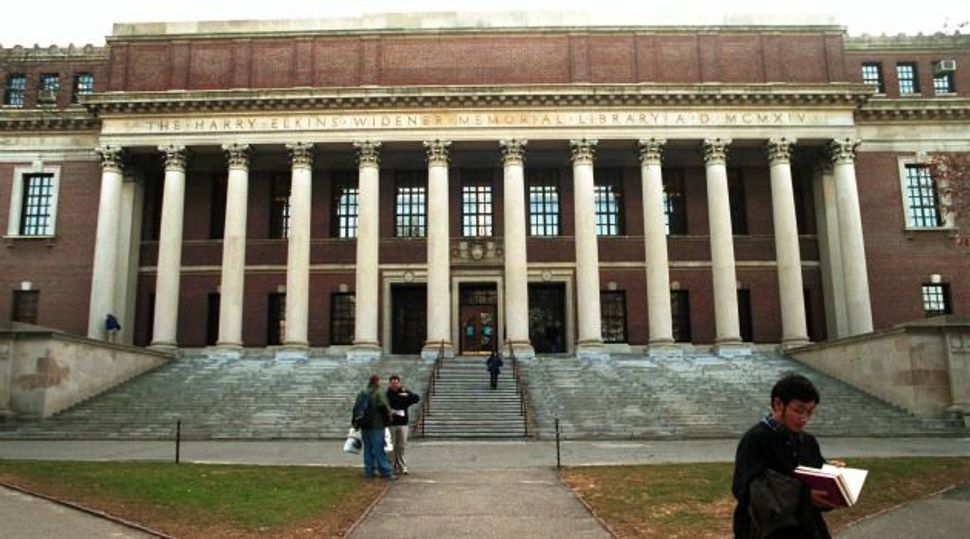 Invitations to a fictitious club saying “Jews need not apply” were slipped under the doors of students living in the Harvard University dormitories.

There are eight all-male and five all-female Harvard finals clubs, which are not recognized by the university and which have been accused of promoting “an exclusive and dangerous social environment,” according to the Crimson.

The dean of Harvard College, Evelynn Hammonds, wrote in an email statement on Friday that the flyers were “deeply disturbing” to her and others in the Harvard community. Harvard College is one of two schools within the university granting undergraduate degrees.

“They are not a reflection of the values of our community,” Hammonds wrote. “Even if intended as satirical in nature, they are hurtful and offensive to many students, faculty and staff, and do not demonstrate the level of thoughtfulness and respect we expect at Harvard when engaging difficult issues within our community.”

The Crimson also reported that early Friday morning, two Northeastern University students who vandalized a menorah located on the Boston campus were identified on a surveillance video and will face disciplinary action.