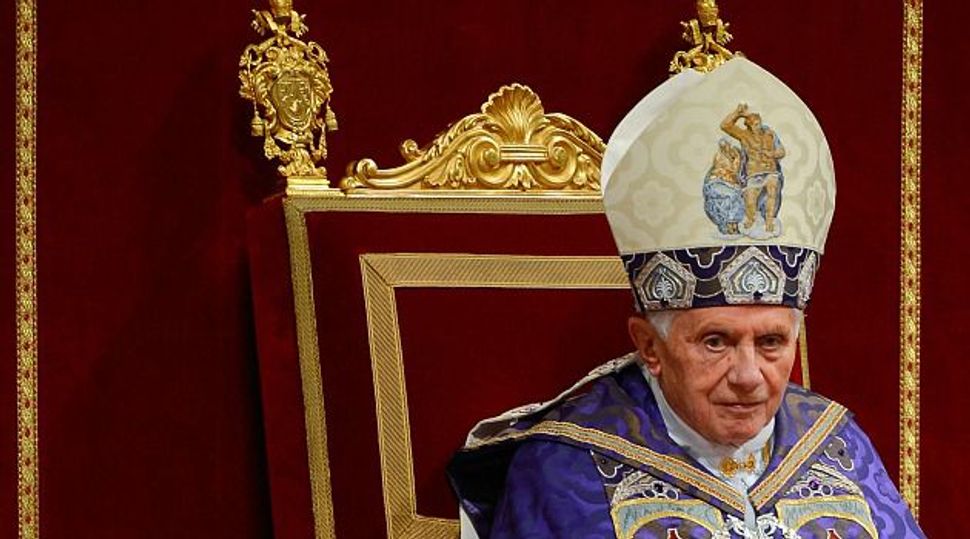 It’s official. Pope Benedict’s handle on Twitter will be @pontifex.

He already has 1.2 billion “followers” in the standard sense of the word but next week he will have another type when he enters what for any 85-year old is the brave new world of Twitter.

The Vatican said on Monday that the pope will start tweeting on December 12, the feast of the Madonna of Guadalupe.

“The handle is a good one. It means ‘pope’ and it also means ‘bridge builder’,” said Greg Burke, senior media advisor to the Vatican.

“The pope wants to reach out to everyone,” he told a news conference.

The first papal tweets will be answers to questions sent to #askpontifex.

The tweets will be going out in Spanish, English, Italian, Portuguese, German, Polish, Arabic and French. Other languages will be added in the future.

“We are going to get a spiritual message. The pope is not going to be walking around with a Blackberry or an iPad and no one is going to be putting words into the pope’s mouth. He will tweet what he wants to tweet,” Burke said.

Primarily the tweets will come from the contents of his weekly general audience, Sunday blessings and homilies on major Church holidays. They will also include reaction to major world events, such as natural disasters.

Benedict will be sending his first tweet himself on Dec. 12 but in the future most will be written by aides and he will sign off on them before they are sent in his name.

But while the pope will be one of the world’s most high-profile tweeters and have many followers, he will not be following anyone himself.

The pope’s Twitter page is designed in yellow and white – the colours of the Vatican, with a backdrop of the Vatican and his picture. It may change during different liturgical seasons of the year and when the pope is away from the Vatican on trips.

The Vatican said precautions had been taken to make sure the pope’s certified account is not hacked. Only one computer in the Vatican’s secretariat of state will be used for the tweets.

“The Pope’s presence on Twitter is a concrete expression of his conviction that the Church must be present in the digital arena,” the Vatican said.

“This initiative is best understood in the context of his reflections on the importance of the cultural space that has been brought into being by the new technologies … the pope’s presence on Twitter can be seen as the ‘tip of the iceberg’ that is the Church’s presence in the world of new media,” it said in a statement.

The pope, who still writes his speeches and books by hand, has given a qualified blessing to social networking.

In a document issued last year, he said the possibilities of new media and social networks offered “a great opportunity”, but warned of the risks of depersonalisation, alienation, self-indulgence, and the dangers of having more virtual friends than real ones.

In 2009, a new Vatican website, www.pope2you.net, went live, offering an application called “The pope meets you on Facebook”, and another allowing the faithful to see the pontiff’s speeches and messages on their iPhones or iPods.

The Vatican famously got egg on its face in 2009 when it was forced to admit that, if it had surfed the web more, it might have known that a traditionalist bishop whose excommunication was lifted had for years been a Holocaust denier.