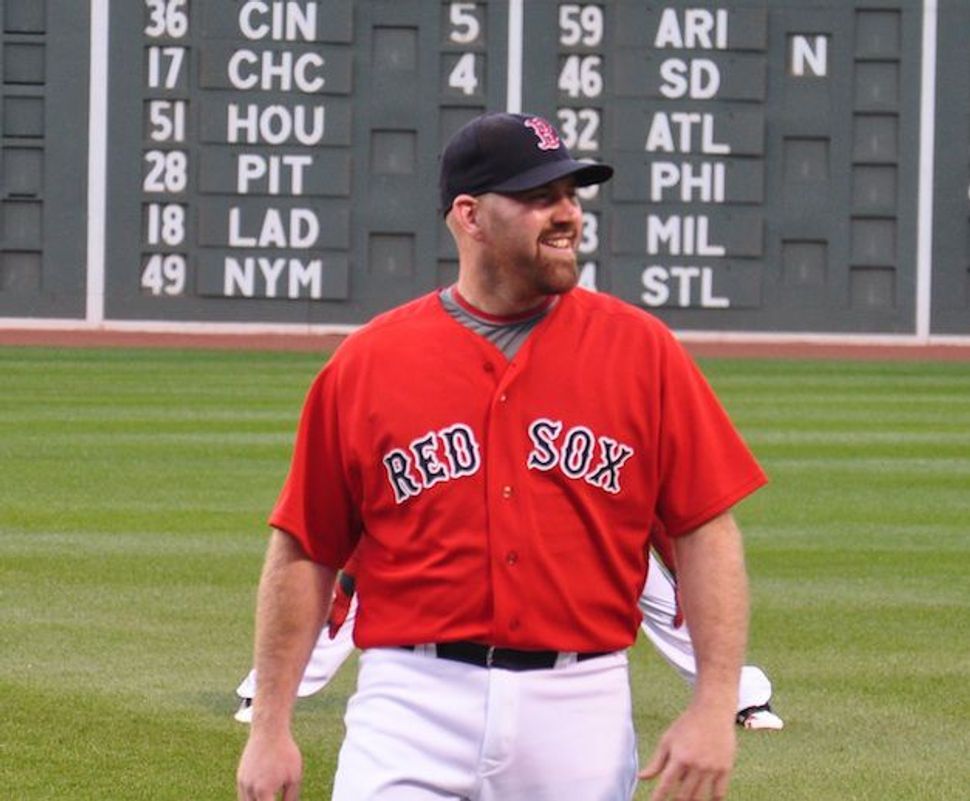 Back before the popcorn with Cameron Diaz, the revelations about performance-enhancing drugs, and the attempt to pick up a female fan’s phone number during this year’s playoffs, Alex Rodriguez made news in 2008 when he studied kabbalah alongside then-girlfriend Madonna.

Rodriguez is expected to miss the start of the season due to a hip injury, but it seems as if the Yankees’ will still have a third baseman with a history of Jewish studies on Opening Day… and this one’s actually Jewish.

Word circulated Tuesday night that the Yankees had agreed to terms with longtime rival Kevin Youkilis on a one-year contract worth $12 million. Youkilis, who hit .235 last season with 19 home runs and 60 RBI, would join the likes of Jimmie Reese, Ken Holtzman and Ron Blomberg as Jewish ballplayers to suit up for the Yankees.

Before a trade to the Chicago White Sox in June, Youkilis had played his entire Major League Baseball career for the Boston Red Sox, earning three All-Star nods, a Gold Glove and a World Series championship in 2007. He was criticized early in the season by then-Red Sox manager Bobby Valentine, but was warmly received by Red Sox fans after returning to Fenway as a member of the White Sox.

Youkilis had committed to play for Israel at the World Baseball Classic this March, but Israel’s loss to Spain in the finals of a qualifying tournament rendered that decision moot.

Youkilis joins New York Rangers forward Jeff Halpern, Mets first baseman Ike Davis and New York Knicks forward Amare Stoudemire as New York pro athletes with Jewish heritage. With three such athletes, New York matches Cleveland, home to rookie tackle Mitchell Schwartz of the Browns, forward Omri Casspi of the Cavaliers and second baseman Jason Kipnis of the Indians (whose father is Jewish). Of course, between the Indians’ second-half collapse and the Browns’ and Cavs’ homes in the basement of their respective divisions, Cleveland’s Jewish athletes haven’t had much to celebrate this year.

It’s safe to say that New York will be looking for more from Kevin Youkilis.