Tonic for Grief: Rabbi Shaul Praver prepares to sing a Hebrew prayer at the memorial for the victims of the rampage in Newtown, Conn. Image by youtube

A Jewish boy will be one of the first victims laid to rest after the shocking killing spree in Newtown, Conn. 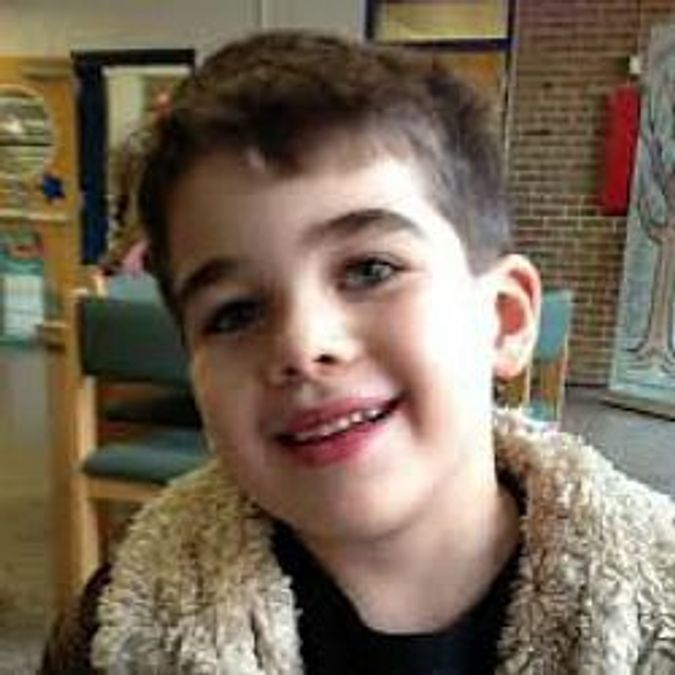 Noah Pozner, who at 6 was the youngest of the 20 children slain, will be remembered at a serivice Monday afternoon. A funeral for Jack Pinto, another victim, will also be held.

Noah was described as “inquisitive” and as particularly mature for his age. The family’s rabbi has said he encouraged Noah’s mother to focus on her other four children amid the grief.

Rabbi Shaul Praver of Temple Adath Israel accompanied the heartbroken mother Veronique Pozner to identify her son’s body and make arrangements for the funeral. It was a wrenching experience, but the mother was eventually able to compose herself.

“We were able to leave the room, and talk about making arrangements for the casket, and shiva, and the memorial services,” he recounted to the New York Times.

Jack, also 6, was a wrestler who loved sports. The New York Giants receiver Victor Cruz played Sunday’s football game with the boy’s name written all over his cleats and gloves.

All the dead children were 6 and 7 years old. The school principal of Sandy Hook Elementary, the school psychologist and four teachers were also gunned down.

The torrent of grief will only continue with funerals for 18 more children and a handful of adult victims.

Meanwhile, schools across the country will reopen their doors to confused and scared children full of questions about why the Newtown, Connecticut, shooting happened – and whether they are safe from the very same danger.

President Obama, addressing an interfaith vigil in Newtown on Sunday night, spoke forcefully on the country’s failings in protecting its children and demanded changes in response to the mass shootings of the last few months.

“We can’t tolerate this anymore. These tragedies must end. And to end them, we must change,” he said, adding that he would bring together law enforcement, teachers, mental health professionals and others to study how to best stop the violence.

The victims were remembered Sunday night at a memorial of just over an hour whose featured speaker offered words of hope and promises of action to stop any further tragedies.

“We bear responsibility for every child … This is our first task, caring for our children. It’s our first job. If we don’t get that right, we don’t get anything right,” Obama said.

The president kept his emotions in tighter check than he did Friday, when he cried openly while addressing the shooting. But his tears were matched by the packed crowd in the local high school auditorium, who wailed when he read the names of the adults and children who were killed.

While the two boys are laid to rest and the other families prepare their own memorials, schools across the country will attempt to return to business as usual, though there will be signs everywhere of how unusual the situation has become.

Some schools will put on extra security guards. Others will begin their day with a moment of silence. On Twitter, young people nationwide have urged their classmates to wear green and white, the colors of Sandy Hook Elementary School.

“I’m struggling with if I should bring it up at all. And if I do, what am I going to say about it? I’m just praying about it, because I don’t know,” said Molli Falgout, a first-grade teacher in Kernersville, North Carolina.

But in Newtown, schools will not reopen Monday. The district has said teachers need time to prepare for the students’ return.

Instead, the town’s youth sports groups have set up a field day of sorts to keep kids occupied, with athletics, board games and arts and crafts. Schools superintendent Janet Robinson described it as an effort “to help provide some small level of comfort and support to the children in our community.”

The community will also have to make a decision about what to do with the bullet-ridden Sandy Hook Elementary, whose students will for now attend classes in an empty school the next town over.

“I think we have to go back into that building at some point. That’s how you heal. It doesn’t have to be immediately but I sure wouldn’t want to give up on it,” said local resident Tim Northrop.

After killing his mother, Nancy Lanza, at home, Adam Lanza shot his way into the school. He had attended Sandy Hook as a child, according to former classmates.

Police said Adam Lanza was armed with hundreds of bullets in high-capacity magazines of about 30 rounds each for the Bushmaster AR 15 rifle and two handguns he carried into the school, and had a fourth weapon, a shotgun, in his car outside.

Investigators are examining forensic evidence and scouring the crime scene in a process likely to extend for weeks.