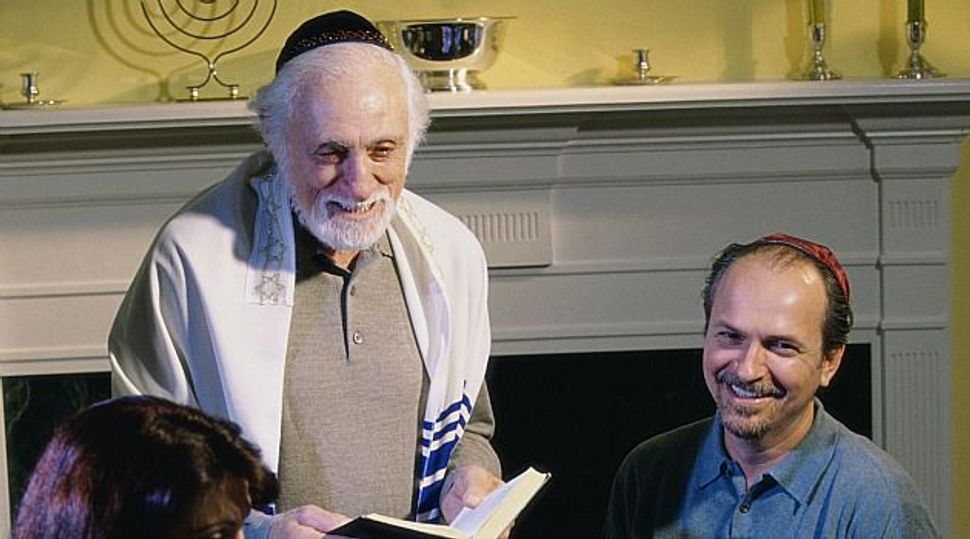 Older Faith: Jews are older than members of other faiths, a fact that may inhibit the potential for growth, a new Pew Center study revealed. Image by thinkstock

People with no religious affiliation make up the third-largest global group in a new study of the size of the world’s faiths, placing after Christians and Muslims and just before Hindus.

The study, based on extensive data for the year 2010, also showed Islam and Hinduism are the faiths mostly likely to expand in the future while Jews have the weakest growth prospects.

It showed Christianity is the most evenly spread religion, present in all regions of the world, while Hinduism is the least global with 94 percent of its population in one country, India.

Overall, 84 percent of the world’s inhabitants, which it estimated at 6.9 billion, identify with a religion, according to the study entitled “The Global Religious Landscape” issued by the Pew Forum on Religion and Public Life on Tuesday.

Judaism, which has 14 million adherents or 0.2 percent of the world population, has the highest median age at 36, meaning its growth prospects may be weakest.

The “unaffiliated” category covers all those who profess no religion, from atheists and agnostics to people with spiritual beliefs but no link to any established faith.

“Many of the religiously unaffiliated do hold religious or spiritual beliefs,” the study stressed.

Exact numbers for religious populations are impossible to obtain and estimates for the size of the larger faiths can vary by hundreds of millions. This study by the Washington-based Pew Forum appears to be one of the most extensive to date.

Pew Forum demographer Conrad Hackett said the 2,500 censuses, surveys and population registers used to compile the report did not allow a further breakdown to estimate the world population of atheists and agnostics.

“It’s not the kind of data that’s available for every country,” he said. “A census will typically ask what your religion is and you can identify a number of particular affiliations or no religion.

An age breakdown showed Muslims had the lowest median age at 23 years, compared to 28 for the whole world population. The median age highlights the population bulge at the point where half the population is above and half below that number.

“Muslims are going to grow as a share of the world’s population and an important part of that is this young age structure,” Hackett said.

By contrast, Judaism, which has 14 million adherents or 0.2 percent of the world population, has the highest median age at 36, meaning its growth prospects are weakest.

Global Christianity’s median age is 30 and Hinduism’s 26. With a median age of 34, the growth prospects for religiously unaffiliated people are weak, the study showed.

The study estimated Christianity was the largest faith at 2.2 billion adherents or 31.5 percent of the world’s population.

The Roman Catholic Church makes up 50 percent of that total, with Protestants – including Anglicans and non-denominational churches – at 37 percent and Orthodox at 12 percent.

There are about 1.6 billion Muslims around the world, or 23 percent of the global population. “The overwhelming majority (87-90 percent) are Sunnis, about 10-13 percent are Shia Muslims,” the study said.

Among the 1.1 billion unaffiliated people around the world, over 700 million, or 62 percent of them, live in China alone, where they make up 52.2 percent of the Chinese population.

Japan comes next with the second largest unaffiliated population in the world with 72 million, or 57 percent of the national population. After that comes the United States, 51 million people – 16.4 percent of all Americans – said they have no link to an established faith.

The world’s Hindu population is concentrated mostly in India, Nepal and Bangladesh. Half of the world’s Buddhists live in China, followed far behind by Thailand at 13.2 percent of the world Buddhist population and Japan with 9.4 percent.

The study found that about 405 million people, or about 6 percent of the world population, followed folk religions such as those found in Africa and China or among Native American and Australian aboriginal peoples.

Another 58 million, or nearly 1 percent of the world population, belonged to “other religions” including Baha’i, Taoism, Jainism, Shintoism, Sikhism, Tenrikyo, Wicca and Zoroastrianism. Most were in the Asia-Pacific region.

Christians make up the majority in 157 countries and Muslims in 49, including 19 of the 20 states in the Middle East and North Africa, with the exception of Israel.

By contrast, Hindus are in the majority only in India, Nepal and Mauritius.