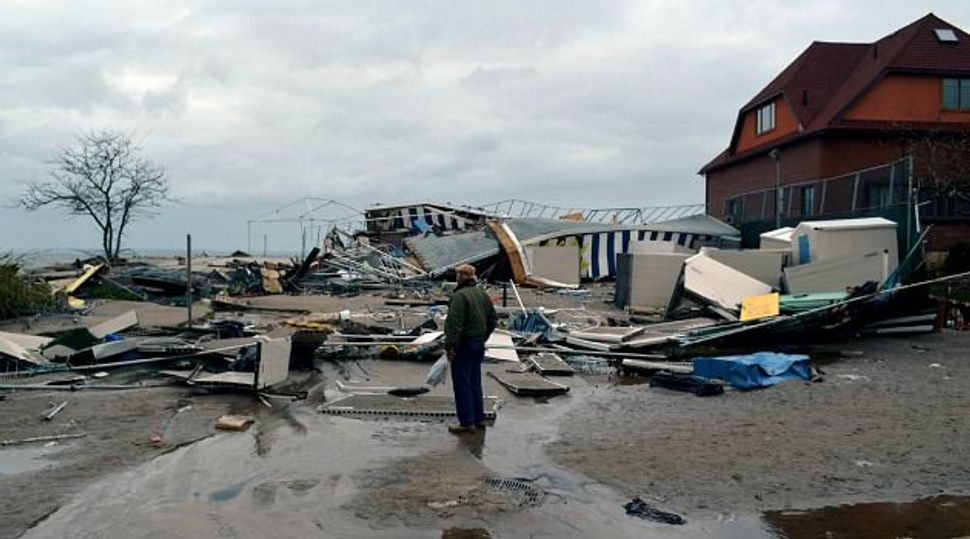 The U.S. House of Representatives adjourned on Tuesday night without acting on a $60.4 billion Superstorm Sandy disaster aid bill, prompting angry denunciations from members from the states hardest hit by the storm.

“I have just been informed that we will be having perhaps no further votes in this Congress,” said Democratic Representative Steny Hoyer of Maryland. “I am deeply disappointed at that information. We have millions of our fellow citizens who have been badly damaged by a storm called Sandy.”

“We help each other,” Representative Rush Holt, a Democrat of New Jersey, said on the House floor. “We always have … There are thousands of people who are not going back to their homes. They deserve our help.”

They and others pleaded with the Republican leaders of the House to rethink the decision, but few were in the chamber to listen.

There was no sign of a response from House Speaker John Boehner of Ohio or Majority Leader Eric Cantor of Virginia, who are in charge of scheduling the House.

The current session of the House comes to an end officially on Wednesday after the new Congress elected in November gets sworn in. Legislation does not carry over from session to session, so consideration of an aid bill would have to start all over if, as expected, nothing is scheduled before then.

A full aid package was approved by the Senate last week.

“If we get into the next Congress, you have to hit the reset button,” said Representative Jon Runyan, a New Jersey Republican who added that the Sandy aid package has been largely drowned out in recent days by negotiations over the “fiscal cliff” tax hikes and spending cuts that were set to kick in starting on Tuesday.

Many Republicans in Congress say that the Sandy aid bill contains billions of dollars in spending on projects unrelated to damage caused by the storm or for long-term infrastructure improvements that should compete with other discretionary spending.

Among expenditures criticized was $150 million to rebuild fisheries, including those in the Gulf Coast and Alaska, thousands of miles from Sandy’s devastation, and $2 million to repair roof damage that pre-dates the storm on Smithsonian Institution buildings in Washington.

Democrats, including New York and New Jersey senators, have argued that long-term rebuilding projects such as tunnel repairs would be delayed if the full funding was not approved. They say that businesses would not start to rebuild if they were not confident of reimbursement.