Gerard Depardieu Gets Passport From Putin 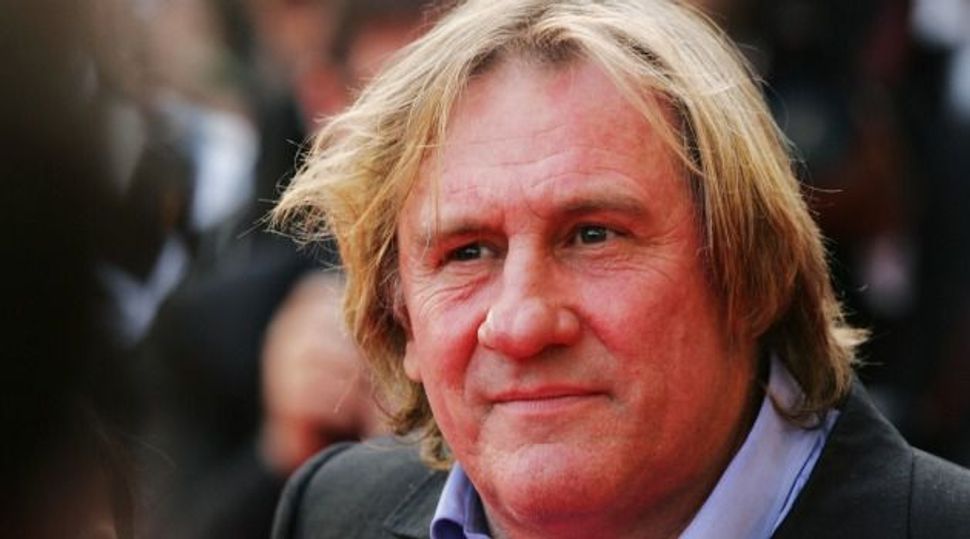 Russian President Vladimir Putin has granted citizenship to Gerard Depardieu, the French movie star who is quitting his homeland to avoid a tax hike on the rich, the Kremlin said on Thursday.

The “Cyrano de Bergerac” actor bought a house across the border in Belgium last year to avoid a new tax rate for millionaires in France planned by Socialist President Francois Hollande but said he could also seek tax exile elsewhere.

Kremlin spokesman Dmitry Peskov said Depardieu had applied for citizenship after Putin told reporters last month that he would be welcome in Russia. “The citizenship could not have been granted to him without (such an) appeal,” Peskov said.

Putin told a news conference last month: “If Gerard really wants to have either a residency permit in Russia or a Russian passport, we will assume that this matter is settled and settled positively.”

Russia has a flat income tax rate of 13 percent, compared with the 75 percent on income over 1 million euros ($1.32 million) that Hollande wants to impose in France.

The 63-year-old Depardieu told friends he was considering three options to escape France’s new tax regime: settling in Belgium, relocating to Montenegro, where he has a business, or fleeing to Russia, French daily Le Monde reported in December.

He has said he plans to hand in his French passport and social security card.

“Putin has already sent me a passport,” Le Monde quoted the actor as jokingly saying in December.

Asked, whether Depardieu had plans to move to Russia, the Kremlin spokesman said it was up to him and was “absolutely not mandatory.” Putin and Depardieu did not speak one-on-one before the decision to grant him citizenship, Peskov said.

France’s Constitutional Council last month blocked the planned 75 percent tax rate due to the way it would be applied – but Hollande plans to propose redrafted legislation which will “still ask more of those who have the most”.

Depardieu is well-known in Russia where he has appeared in many advertising campaigns. He worked in the country in 2011 on a film about the life and times of the eccentric Russian monk Grigory Rasputin.

In 2012 he was one of several Western celebrities invited to celebrate the birthday of Ramzan Kadyrov, Chechnya’s Kremlin-backed leader.

Some Muscovites said they would welcome Depardieu in Russia.

“He is a normal guy, he is fond of drinking too, I suppose, the Russian way, so let him come here. It will be like a rebuke to the French who are burning cars already,” said Muscovite Lev Nikolaevich, an apparent reference to a tradition among disaffected suburban youths of destroying cars on New Year’s Eve.

Gerard Depardieu Gets Passport From Putin