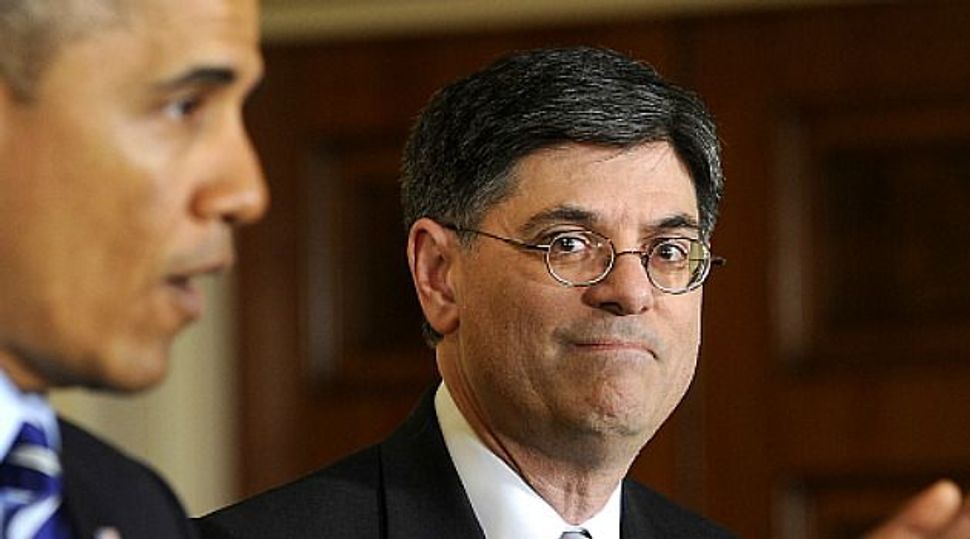 Uh-oh Boss: President Obama scolded Jack Lew about his poor handwriting, joking that he nearly decided not to name him treasury secretary after seeing his signature. Image by getty images

Fortunately, clear cursive writing is not a prerequisite for promotion to the highest echelons of the U.S. government.

President Barack Obama joked on Thursday that he considered taking back his offer to make White House chief of staff Jack Lew his next Treasury secretary after seeing – thanks to media reports – his loopy, illegible signature.

“I had never noticed Jack’s signature, and … when this was highlighted yesterday in the press, I considered rescinding my offer to appoint him,” Obama said to laughter from a crowd of dignitaries who gathered for the announcement of Lew’s promotion at the White House.

“Jack assures me that he is going to work to make at least one letter legible in order not to debase our currency,” Obama said.

Lew’s rolling signature, which consists of several connected loops that do not resemble letters, lit up blogs and other media reports on Wednesday when news broke that his nomination would be formally announced the following day.

The former director of the White House Office of Management and Budget has good company in the bad signature department: the man he would succeed at Treasury, Timothy Geithner.

“I thought I knew you pretty well, but it was only yesterday that I discovered that we both share a common challenge with penmanship,” Lew told Geithner, who appeared with Obama for the announcement.

Geithner has said he had to alter his own signature before having it printed on U.S. currency to make sure that people could tell it was his name.