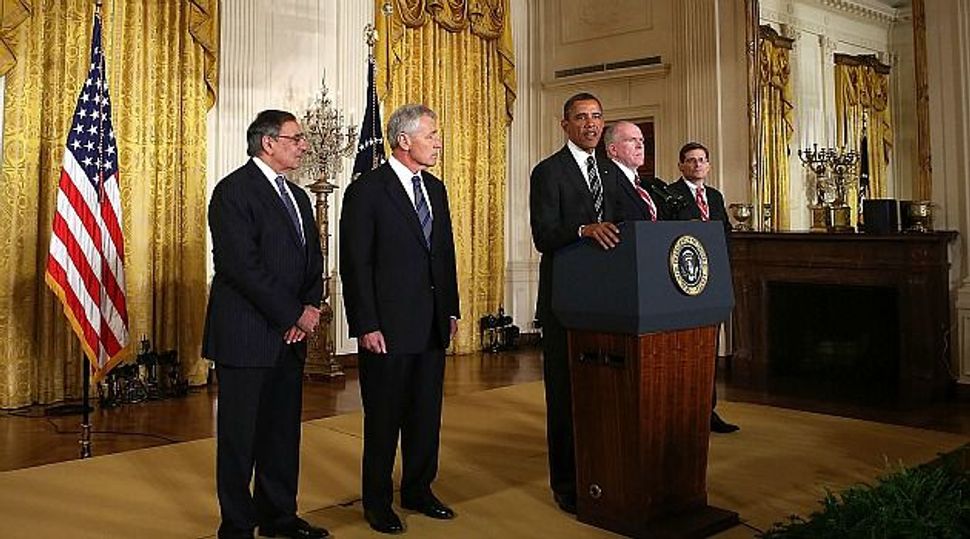 Hagel, who was nominated to the job last Monday, spent much of last week calling senators before confirmation hearings begin in the coming weeks to address portrayals of his stance on Israel and his record on Iran, U.S. officials said.

Critics of the maverick Nebraska Republican took to Sunday television news programs to drive home concerns that Hagel opposes sanctions and is satisfied with containing Iran, as opposed to preventing it from obtaining a nuclear weapon.

“But I think another thing that’s going to come up is just his overall temperament, and is he suited to run a department or a big agency or a big entity like the Pentagon,” Corker told the ABC’s “This Week.”

“There are numbers of staffers who are coming forth now just talking about the way he has dealt with them,” added Corker, without elaborating. Corker’s office did not immediately respond to an e-mail requesting details on the alleged staff complaints.

“He knows what war is and he will fight a war if it’s necessary, but he is a guy who will do it with great deliberation and care,” Powell told NBC’s “Meet the Press.”

“He’s fought. He has literally walked in their boots,” said Democratic Senator Jack Reed of Rhode Island, who also served in the Army.

“That, I think, will inspire great confidence in the military officers and enlisted men that he deals with, and women,” Reed told ABC’s “This Week.”

Hagel enjoys a close relationship with Obama and “Chuck has the wherewithal and the ability to speak truth to power,” added Reed.

Powell said many figures in the national security community, including retired Cabinet officials, consider Hagel to be “a solid guy who speaks his mind, he is a good supporter of Israel … but he is not reluctant to disagree when he thinks disagreement is appropriate.”

Conservative Republicans leading the criticism of Hagel say he has at times opposed Israel’s interests. U.S. neoconservatives have been particularly critical of him.

In the Senate, Hagel voted repeatedly against U.S. sanctions on Iran over its nuclear program and made disparaging remarks about the influence of what he called a “Jewish lobby” in Washington.

“Chuck should have said ‘Israeli lobby’ not ‘Jewish lobby’ and perhaps he needs to write on a blackboard 100 times, ‘It is the Israeli lobby,’” Powell said on NBC.

“I’m very supportive of the state of Israel, so is Senator Hagel, and you will see that in the confirmation hearings,” said Powell.

“But it doesn’t mean you have to agree with every single position that the Israeli government takes,” he added.

If confirmed by the Senate, Hagel would replace outgoing Defense Secretary Leon Panetta.