Jim McGreevey and the ‘Fall to Grace’ 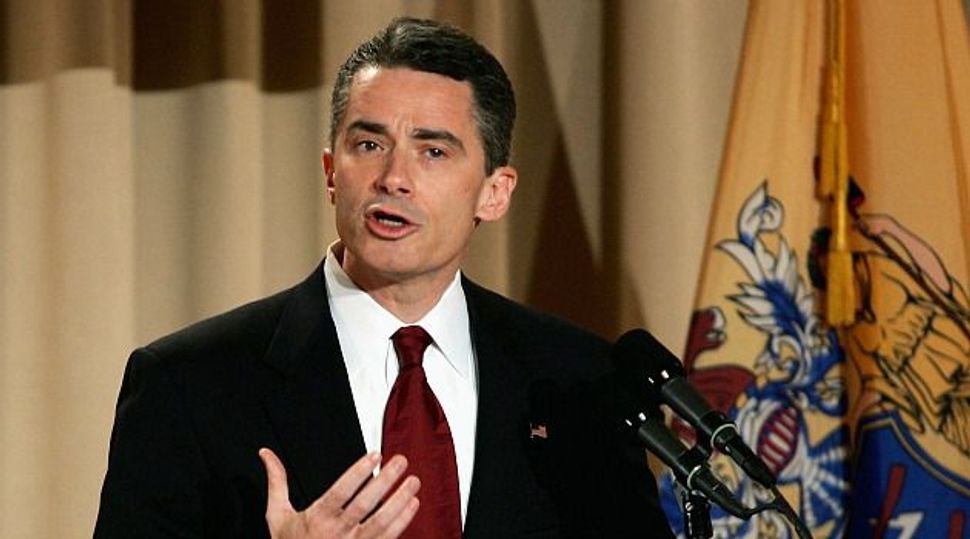 ?I?m a Gay American? Former N.J. Gov. Jim McGreevey famously comes out of the closet and steps down from office amid a gay sex scandal in 2004. Image by getty images

When New Jersey Governor Jim McGreevey stepped down from office in 2004 in a gay sex scandal, he became another disgraced politician brought down by his own actions.

Since then, the former Democratic governor, now 55, has tried to step out of the spotlight after a messy divorce from his second wife by swapping politics for volunteer work with jailed women.

Filmmaker Alexandra Pelosi, daughter of U.S. House of Representatives Democratic leader Nancy Pelosi, chronicled McGreevey and his new life in “Fall to Grace” an HBO documentary that premiered on Friday at the Sundance Film Festival.

“They wouldn’t let him move on … everyone writes him off because of some mistake he made before,” she added.

Pelosi, 42, followed McGreevey with a handheld camera as he visited women in jail and counseled them after their release, helping them to rehabilitate their lives.

McGreevey, who was elected New Jersey governor in 2001, said he had “constructed a life” for himself while living as a closeted gay man during his political career. Since his resignation, he said he had found new strength in religion, and attended seminary school for three years.

“My life is to highlight the need for more compassion and for a different way in which we treat incarceration of women. Being behind the bars with these women is a great blessing, and I can be a voice for them,” McGreevey said on Friday.

Pelosi said she was drawn to “broken men” and their stories, and chose to profile McGreevey because he had turned around his life.

“He went into public service because he wanted to help people, then he got wrapped up in the ego and hubris and himself. And ironically, he didn’t help people until he fell and realized he was broken. Ironically, he’s helping people now,” she said.

In 2004, McGreevey admitted an affair with a male staffer from Israel on his security team and came out as gay.

Pelosi was joined by her mother and father at the festival premiere. Nancy Pelosi said she was proud of her daughter’s effort to capture McGreevey’s story.

McGreevey said he had put priesthood in the Episcopal Church aside for the moment in order to dedicate himself to his new cause.

“I’m a broken person and many of us are broken. … I don’t always make the right decisions. I have failed, but that’s everyone. Women in jail are also deserving of the same transformation and same redemption,” he said.

“Fall To Grace” will air in March on HBO.

Jim McGreevey and the ‘Fall to Grace’