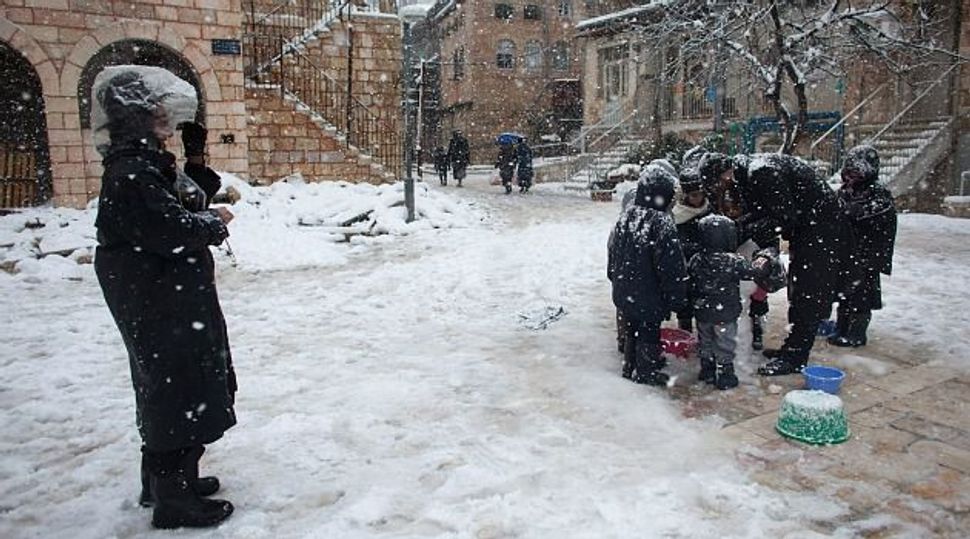 Nine Palestinians from eastern Jerusalem have been arrested in connection with a violent snowball attack against two haredi Orthodox men.

Six Palestinian youths were arrested Sunday, following the arrest last week of three others. The suspects are being held under house arrest, under orders of the Jerusalem Magistrates’ Court, Haaretz reported.

The two haredi Orthodox men were assaulted with snowballs as they left the Damascus Gate, a day after Jerusalem’s heaviest snowfall in two decades, nearly two weeks ago. The youths also cursed at the men and stole one of their Bolero-style hats.

A video of the attack went viral on YouTube.

Some 100 Palestinian youths had spent the morning outside of the Damascus Gate hurling snowballs at passersby, according to reports.

The Palestinian youths were arrested despite the fact that the haredi Orthodox men did not press charges.