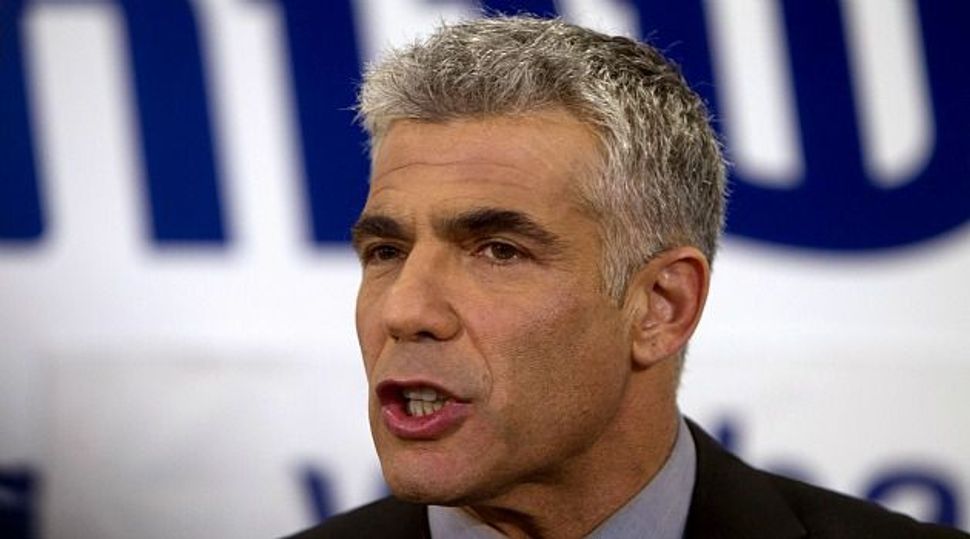 The Likud Party led by Prime Minister Benjamin Netanyahu, in a combined campaign with Avidgor Liberman’s right-wing Yisrael Beiteinu party, took 31 seats in the 19th Knesset, down from the 42 seats now held by the two parties, according to results released on the morning of Jan. 23.

The new center-left Yesh Atid finished a surprising second. The party, which is led by the former television personality Yair Lapid, son of former head of the secular Shinu Party Tommy Lapid, ran a low-key campaign that garnered it 19 seats.

Although exit polls showed the Kadima Party, which won the most votes in the 2009 elections with 28 when it was led by Tzipi Livni, as not breaking the 2 percent threshold, the final tally gave 2 seats to the party.

Other parties in the 19th Knesset are: Labor with 15 seats; the Sephardic Orthodox Shas Party with 11 seats, the same as in the previous government; the Jewish Home Party led by Naftali Bennett with 11 seat, up from 3 in the last Knesset; the haredi Orthodox United Torah Judaism Party with 7 seats; 6 seats for the new Hatnuah Party led by former opposition leader Tzipi Livni; the left-wing Meretz Party with 6 seats; the United Arab List-Taal Party with 5 seats; the Arab-Jewish Hadash Party with 4 seats; and the Arab-Israeli Balad Party with 3 votes.

Some 66.6 percent, or 3.767 million, of Israel’s 5,656,705 eligible voters turned out to vote, according to the Central Elections Committee. The number of voters in Jan. 22’s election was the highest since 1999, though turnout was down significantly among Arab voters.

The election results will not be certified until next week. Ballots cast by soldiers in the field, hospital patients, prisoners and overseas government personnel, among other special double-envelope ballots, have not yet been counted.

“I am proud to be your prime minister and I thank you for giving me the opportunity, for the third time, to lead the State of Israel,” Netanyahu told supporters at his campaign headquarters shortly after midnight. “It is a great honor, but it is also a great responsibility. It is an opportunity to make changes that the citizens of Israel wish upon themselves and that will serve all the citizens of Israel. I intend on making those changes by forming the broadest coalition possible, and I have begun working toward that tonight.”

“A heavy responsibility has been placed on our shoulders tonight,” Lapid told his supports, in a speech delivered at the same time as Netanyahu and shown on a split screen on the major Israeli networks. “I urge the senior members of the political system to form as broad a government as possible that would unite the moderate forces from the Left and Right, so that we will be able to bring about real change in the State of Israel,” Lapid said.

Israeli President Shimon Peres will consult with party leaders and ask them who they would recommend to form the next government. Peres then will choose the party leader most likely to be able to form a successful coalition government – it is expected to be Netanyahu – who then has up to 42 days to present his government for a vote of confidence.