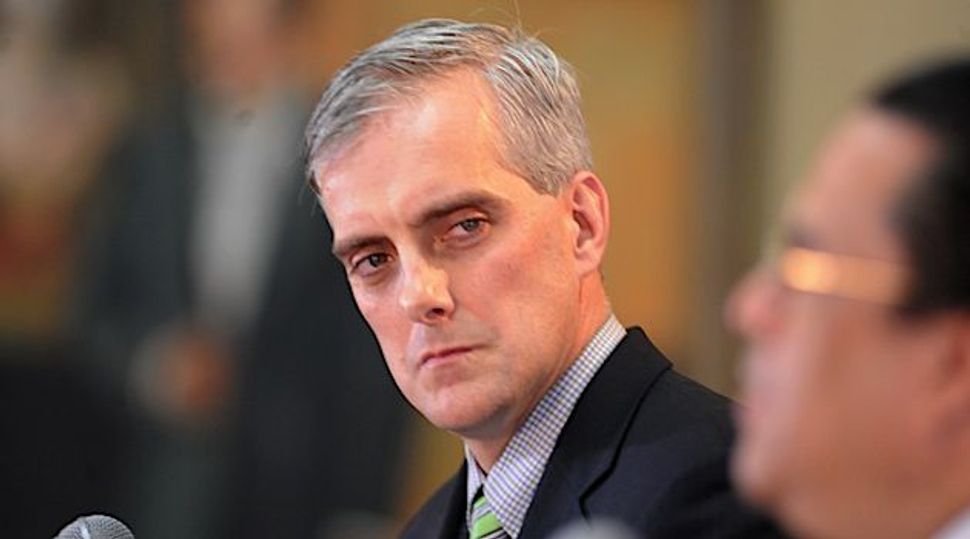 Obama announced the appointment of McDonough, who had been widely tipped to fill the vacancy created by Jack Lew’s nomination as Treasury secretary, at a ceremony in the White House’s ornate East Room.

McDonough, a deputy national security adviser, takes on what is a mostly behind-the-scenes job but still considered one of Washington’s most influential. The chief of staff acts as Oval Office gatekeeper and is a coordinator of domestic and foreign policymaking.

In more than half a dozen other high-level staff changes, Obama also moved White House communications director Dan Pfeiffer to the job of senior adviser and replaced Pfeiffer with his deputy, Jennifer Palmieri.

Pfeiffer is taking on the new role with Obama’s announcement of the expected departure on Friday of senior adviser David Plouffe, a chief architect of the president’s 2008 White House victory and his 2012 re-election.

Obama’s choice of McDonough – whom the president lauded as “one of my closest and most trusted advisers” – holds to a pattern of picking confidants and allies as he shuffles his inner circle for his second-term.

McDonough, 43, started out with Obama when he was a freshman U.S. senator from Illinois and just beginning his rapid ascent on the national political scene.

McDonough, whose expertise is mostly in foreign policy, worked on Obama’s 2008 presidential campaign and became a senior aide at the National Security Council when the president took office.

“Denis has played a key role in every major national security decision of my presidency: ending the war in Iraq, winding down the war in Afghanistan, and from our response to natural disasters around the world like Haiti and the tsunami in Japan, to the repeal of ‘Don’t Ask Don’t Tell’,” Obama said.

There had been some concern that McDonough’s lack of a deep domestic policy background might be a handicap for him as chief of staff when fiscal matters, gun control and immigration are shaping up as Obama’s top priorities. Obama has also signaled a possible push in the fight against climate change.

But McDonough’s experience as a congressional staffer and the close contacts he retains on Capitol Hill were seen as a plus. He served as foreign policy adviser to former Senate Democratic leader Tom Daschle.

“Denis understands the importance of reaching across the aisle to deliver results for the American people,” Obama said just four days after laying out an ambitious liberal agenda in his second inaugural address.

The promotion of Palmieri, who was a staffer in President Bill Clinton’s White House, marks one of the first second-term appointments of a woman for a senior job as Obama has faced criticism for giving his most recent top nominations to men.

Pfeiffer, a longtime Obama aide, helped shape the president’s public relations strategy in his first term and the re-election campaign, and is expected to remain a key tactician.

The chief of staff job is a high-pressure one, and Obama’s has been a through a series of them since taking office.

Rahm Emanuel, now mayor of Chicago, led Obama’s White House in the first half of his first term during fights over the economic stimulus package and healthcare reform.

Bill Daley, a Commerce secretary under Clinton, served as Obama’s second chief of staff, after an interim filled by aide Pete Rouse. Daley was not a part of Obama’s campaign-connected inner circle, however, and left after a year in the job.

Lew took over from Daley, who returned to Illinois. A popular and low-key chief, Lew served as a deputy to Secretary of State Hillary Clinton and as a budget director for Obama before taking his position in the West Wing.