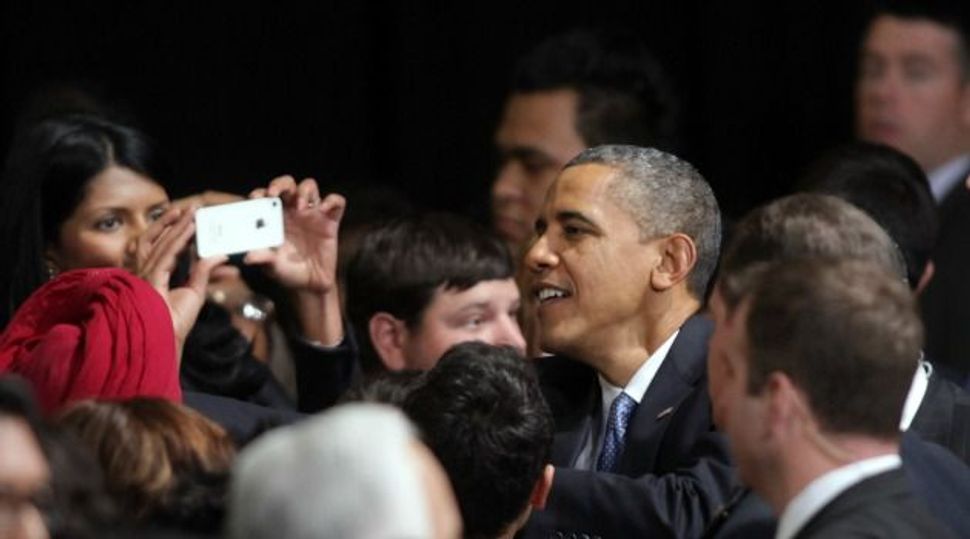 In addressing the problem of the 11 million undocumented people in the United States, Obama at a speech Tuesday in Las Vegas stressed the need to enforce current laws and create a path to citizenship.

Mark Hetfield, interim president and CEO of HIAS, an organization that deals with migration and refugee resettlement, said he “is more encouraged than we have been in years that our leaders will finally create a just system for immigrants and refugees.”

Now is the time to “fix a broken system” that includes “all kinds of artificial, technical barriers that deny asylum to persecuted people,” he said.

The Jewish Council for Public Affairs also welcomed the proposals.

“We are eager to work with both Republicans and Democrats, both Congress and the president, to finally see immigration reform passed,” said chair Larry Gold. “Not only will these proposals strengthen our country, but the bipartisan cooperation behind them could mean the start of a new era.”

The Anti-Defamation League issued a statement saying, “It is clear that both ends of Pennsylvania Avenue have heard the American people calling for leaders to overcome partisan divides and create a common sense solution to fix a broken immigration system.”

Barry Curtiss-Lusher and Abraham Foxman, the ADL’s national chair and national director, said their organization is looking forward to working with Congress and Obama in what they hope will be a debate that “will honor America’s heritage as an inclusive, compassionate nation of immigrants that values the diversity of its people.”

B’nai B’rith issued a statement saying that it “will continue to advocate for a constructive outcome to the legislative process.”

Nancy Kaufman, CEO of the National Council of Jewish Women, said her organization “is heartened by the newfound energy to pass comprehensive immigration reform after years of inaction. NCJW will continue to work for immigration reform that ends the second-class status of immigrants without papers and ensures that a viable path to citizenship is finally at hand.”

Also weighing in was the Religious Action Center for Reform Judaism. Associate director Barbara Weinstein called the proposals “important steps toward resolving the challenges that have plagued our immigration system for far too long.” She noted that Jewish tradition “commands us to welcome the stranger.”