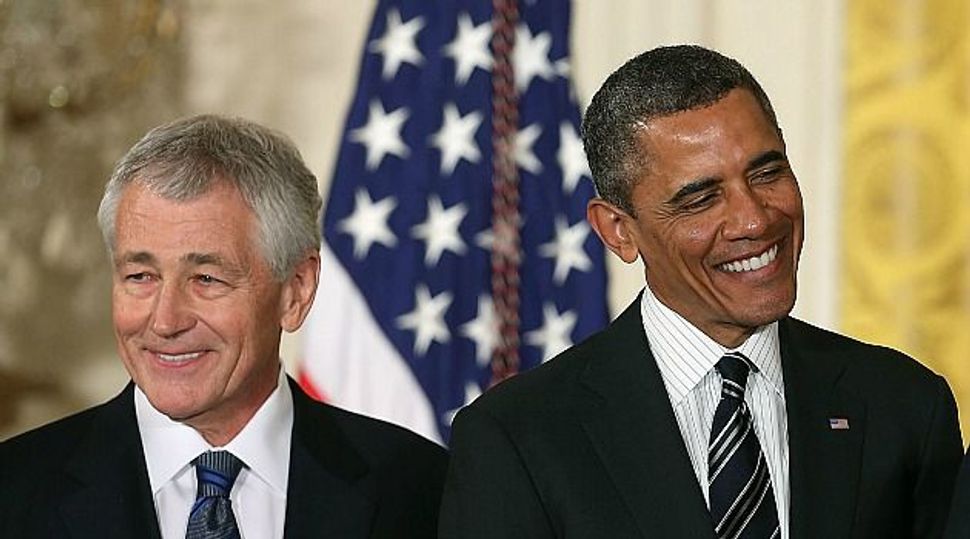 Republican Senator Lindsey Graham on Sunday threatened to block votes on President Barack Obama’s nominees for CIA director and defense secretary until the administration gives more information about the deadly attack on the U.S. consulate in Benghazi, Libya.

Graham and other Republican lawmakers have questioned Obama’s response to the Sept. 11, 2012, incident in which the U.S. ambassador and three other Americans were killed.

On CBS’s “Face the Nation,” Graham said he would invoke senatorial privilege to put a hold on votes on the nominee for CIA director, John Brennan, and on defense secretary nominee Chuck Hagel until the White House gives more information.

“I don’t think we should allow Brennan to go forward for the CIA directorship, Hagel to be confirmed for secretary of defense, until the White House gives us an accounting,” Graham said. “What did the president do?”

Republican Senator John McCain said on “Fox News Sunday” he was leaning against voting for Hagel, who like McCain is a Vietnam War veteran. In a nomination hearing last month, McCain had aggressively questioned Hagel about his opposition to the U.S. troop surge in Iraq during the George W. Bush administration.

McCain said, however, he would not support procedural moves, such as a filibuster, that would block the Hagel nomination.

Democrats have said they do not believe procedural efforts to block a vote on Hagel in the Senate will be successful. They also are confident they will have enough votes to get Hagel approved.

Republicans have accused the Obama administration of misleading the country about whether the attack stemmed from a protest or if it was a planned terrorist attack. They have asked the White House to explain the mixed messages that the administration gave in the days following the Benghazi attacks.

The Republican lawmakers have asked for a full written record of the mixed messages. Congressional aides said the administration was supposed to deliver the information weeks ago but then pulled back claiming it was privileged information.

Many top administration officials, including Secretary of State Hillary Clinton and Defense Secretary Leon Panetta have testified to congressional committees on the U.S. response in Benghazi.

Brennan and Hagel had appeared headed for approval from the committees considering their nominations but if Graham places a hold on them, it would prevent a vote by the whole Senate until Democrats could gather 60 votes to proceed. The Senate currently is composed of 53 Democrats, 45 Republicans and two independents who usually vote with Democrats.

Brennan, who faced tough questioning on controversial counterterrorism tactics during his confirmation hearings last week, would replace David Petraeus, who resigned as CIA director in November after a sex scandal.

Hagel’s backers still are confident he will succeed the retiring Panetta as Pentagon chief and have called the Republican delays and threats to block the vote political posturing.

Democratic Senator Jack Reed, like Graham a member of the Armed Services Committee, said he supports asking questions of the nominees but said Graham was going too far.

“To turn around and say, ‘I’m going to disrupt essentially the nomination of two key members of the president’s cabinet,’ I don’t think that’s appropriate,” Reed said on “Face the Nation.” “I don’t think its warranted. I think it is an overreaction that is not going to serve the best interests of going forward with the national security of the United States.”