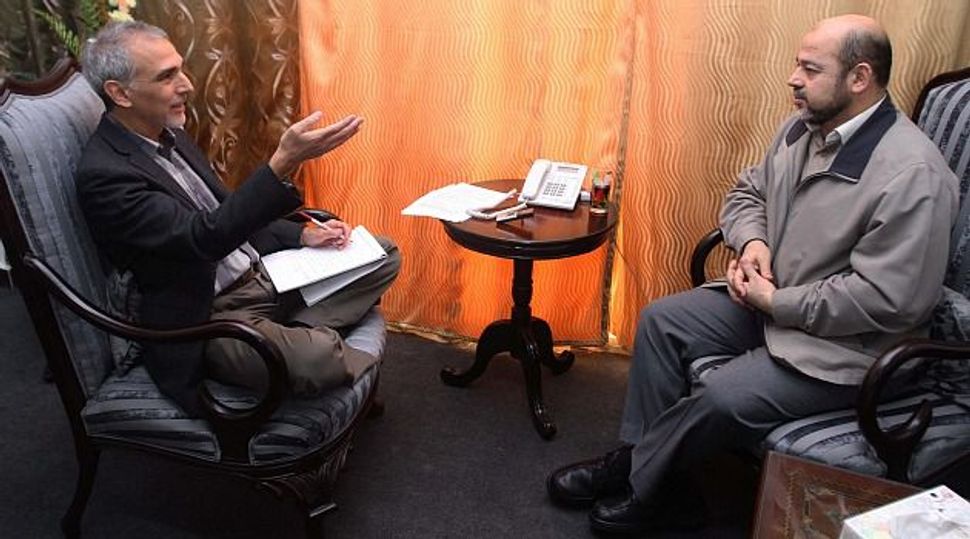 The prize was awarded to Cohler-Esses, assistant managing editor of the Forward, for his April 19, 2012 exclusive Cairo interview with Mousa Abu Marzook, Hamas’s second-highest-ranking official.

It is the second year that the prize, named for the former editor of the New Jersey Jewish News who died of cancer in 2010 at age 60, has been awarded. The award recognizes the work of journalists at the Forward and New Jersey Jewish News, the two publications where Twersky worked for nearly two decades. Amir Cohen, a colleague of David Twersky during his tenure with both publications, founded the award in Twersky’s memory.

“The mission of the judges was to find that one piece that David would have considered most remarkable,” said Cohen, who headed the judges committee that included Twersky’s children, Anna and Michael, Connecticut Jewish Ledger Publisher Ricky Greenfield, and former American Jewish Press Association President Elana Kahn-Oren. “This interview is a monumental achievement for The Forward and it is no surprise the judges found it worthy of this year’s award” added Michael Twersky.

Cohler-Esses will receive a medal and a $1,000 honorarium at an award ceremony in the spring.