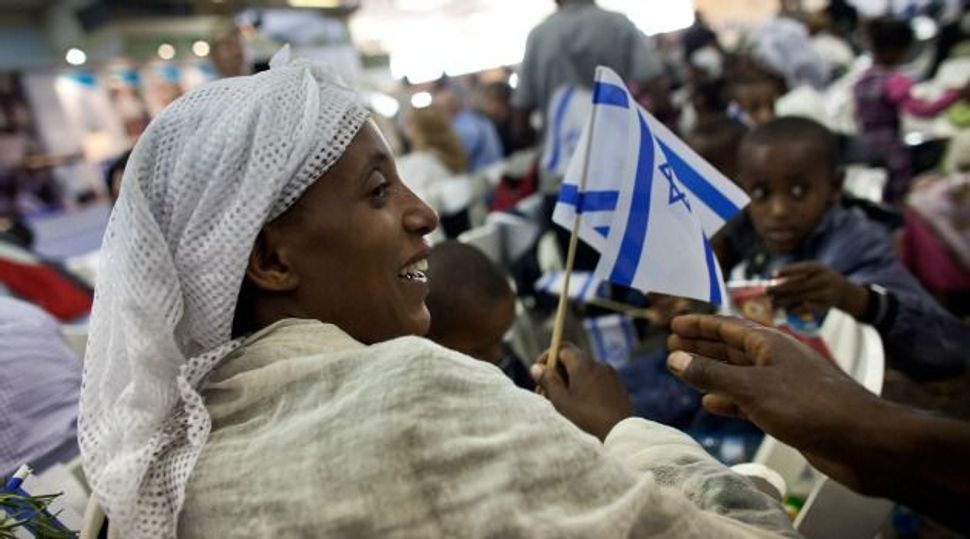 Israel’s Health Ministry has ordered an investigation into whether government employees or health workers prescribed a birth control drug to Ethiopian immigrant women as a way to control the population.

Newspaper Haaretz reported on Thursday that a senior official had decided to name a team to look into charges that Ethiopian women were given Depo-Provera shots in an effort to limit the growth of their community in Israel.

Confirming the report, a ministry spokeswoman replied in a written statement that the ministry would “re-investigate the issue which was examined in the past, to ensure that there was no such directive from any governmental or other Israeli public organization.”

Suspicions that Ethiopian women had been coerced into receiving Depo-Provera arose in Israeli media a few years ago and again in a recent TV documentary linking the group’s falling birthrate to over-prescription of the injectable contraceptive.

Israel’s government already said in January it would review the case after a civil rights group accused the health ministry of racism.

The ministry has already ordered doctors not to renew Depo-Provera prescriptions unless they were convinced patients understood the ramifications, according to a letter from the ministry posted on the group’s website in January.

Ministry Director-General Roni Gamzu said at the time that the decision did not imply he accepted the allegations by the Association of Civil Rights in Israel (ACRI).

In a letter to Gamzu in January, ACRI said “the sweeping use of Depo-Provera among Ethiopian women raises heavy suspicions that we are talking about a deliberate policy to control and monitor fertility among this community.

“The data … point to a paternalistic, haughty and racist attitude that limits considerably the freedom of Ethiopian immigrants to choose the birth control that is medically suitable for them.”

ACRI said statistics from a major Israeli health provider showed it had administered Depo-Provera injections to 5,000 women in 2008, 57 percent of whom were Ethiopian.

Israel has denied any policy to curb the birthrate among the 100,000 Ethiopian Jews who have moved to Israel since chief rabbis determined in 1973 that the community had biblical roots.

Some Ethiopian Jews have made it into Israel’s parliament and officer ranks in the military, but complaints of discrimination in schooling and housing are common.

According to the U.S. Food and Drug Administration, which approved Depo-Provera in 1992, its prolonged use may reduce bone density and it should only be used for longer than two years if other birth control methods prove inadequate.

The documentary, broadcast on Israeli Educational Television, shows a nurse filmed by a hidden camera saying Ethiopian women were given Depo-Provera because they “don’t understand anything” and would forget to take birth control pills.

Rick Hodes, medical director in Ethiopia for the American Jewish Joint Distribution Committee, a non-governmental group that aids immigration to Israel, denied the accusation that women are coerced into receiving the injections before leaving their country for the Jewish state.

“Injectable drugs have always been the most popular form of birth control in Ethiopia, as well as among women in our programme,” Hodes wrote on Twitter.

“Our family programme is, and always (has) been, purely voluntary.” (Writing by Allyn Fisher-Ilan; Editing by Tom Pfeiffer)