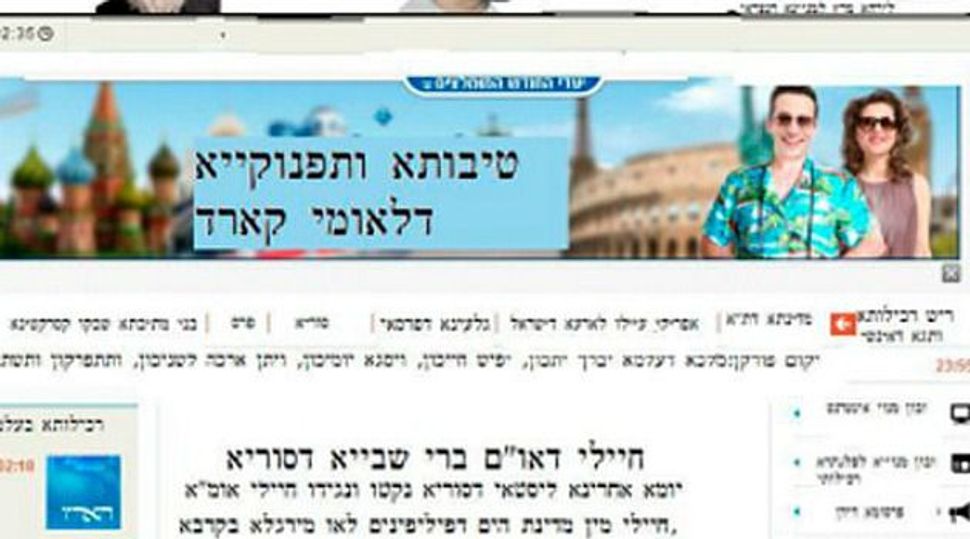 And now, the person running a new page dubbed “Status B’Aramaic” (Status in Aramaic) is looking for likes.

“Anyone can post a status and like this page,” the Facebook page announces in Aramaic, the primary language of the Talmud and a close relative of ancient Hebrew. Unlike the millennia-old language in which it is written, “Status in Aramaic” is only two weeks old. Since March 2, it has accumulated more than 2,000 followers.

The person running the page prefers to remain anonymous, but says he is a young man about to begin his army service. Although he learned Aramaic in his Talmud classes, the content of his Facebook page is significantly more modern.

He said he thought it would be amusing to see Facebook in Aramaic, and set about making it so. His idea was simple: To take “statuses that appear on Facebook, which include well-known poems and fliers advertising films, and present them in a satirical manner in Aramaic,” he says.