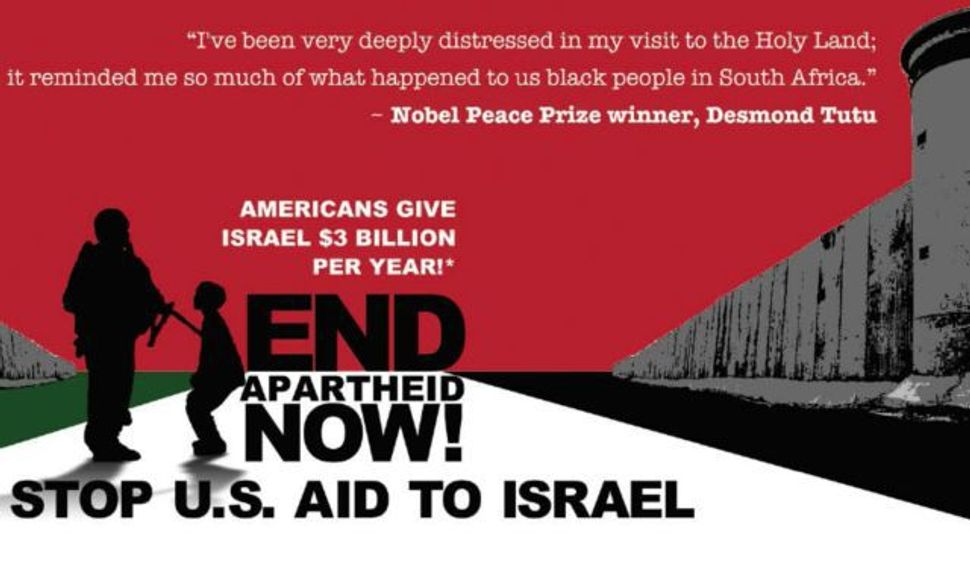 Image by American Muslims for Palestine

A pro-Palestinian group on Tuesday launched an ad campaign on the New York City transit system, calling on the United States to stop its foreign aid to Israel.

The ads, which will appear in 25 Metro North stations over the next four weeks, were paid for by the American Muslims for Palestine (AMP).

The ads charge that Israel is an apartheid state, something that Israel has vehemently rejected.

The ads quote Nobel Peace Prize laureate Desmond Tutu as saying, “I’ve been very deeply distressed in my visit to the Holy Land; it reminded me so much of what happened to us black people in South Africa.”