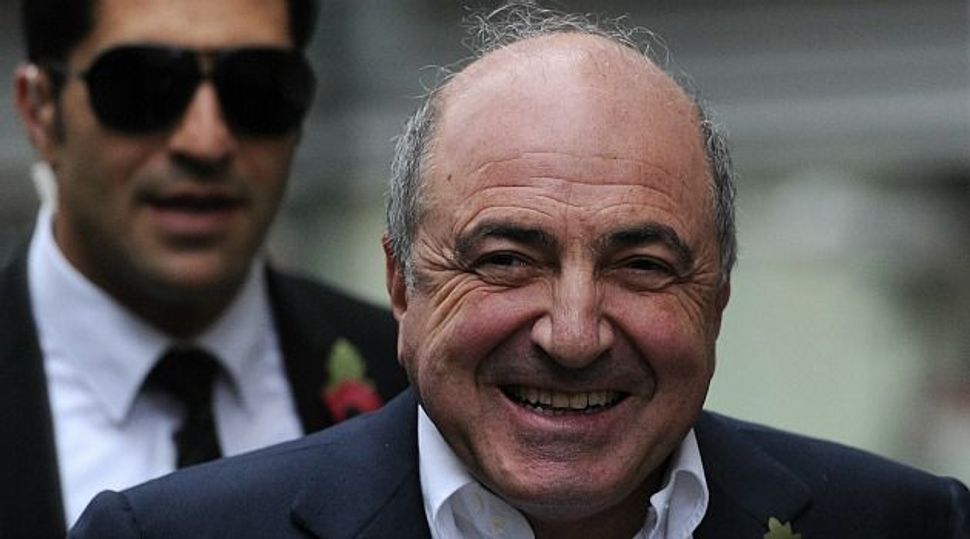 Russian oligarch Boris Berezovsky, who died in a mansion near London in unexplained circumstances last weekend, was found lying on the floor of the bathroom with a “ligature around his neck”, an inquest into his death heard on Thursday.

Police have said there was no sign of a struggle and that the 67-year-old’s death was “consistent with hanging”, suggesting he might have killed himself.

Detective Inspector Mark Bissell said at the opening of the inquest that Berezovsky had been found with a ligature around his neck and a piece of similar material on the shower rail above him. He did not elaborate.

Berezovsky, who survived years of intrigue, power struggles and assassination attempts in Russia, was found dead on Saturday in Ascot, a town near Queen Elizabeth’s Windsor Castle, west of London.

Asked whether any third-party involvemet was possible, Bissell replied: “That cannot be completely eliminated.” The inquest was adjourned to a date yet to be fixed.

Berezovsky was the king-maker behind Vladimir Putin’s ascent to power in Russia but later became his number-one enemy and fled to Britain in 2000.

His associates have hinted he was depressed after losing a $6 billion court case against another tycoon, Roman Abramovich, last year, when a judge humiliated him publicly by saying he was an unimpressive and unreliable witness.

Other people close to him have said they were not convinced by the official account.

“If he really hanged himself why was that not known from the very beginning?” said Andrei Sidelnikov, an opposition figure who knew Berezovsky. “I don’t believe it was a suicide.”

In Russia, state media quoted Deputy Prosecutor General Alexander Zvyagintsev as saying the government would continue efforts to “bring back assets that Berezovsky and his accomplices acquired criminally and legalised abroad”.

A master of political manipulation, Berezovsky had been known as the “godfather of the Kremlin” and wielded immense influence during a decade that followed the Soviet collapse.

Once a mathematician with Nobel Prize aspirations, he built a massive business empire under former President Boris Yeltsin and was the first of Russia’s so-called oligarchs.

He then became one of the first victims of a ruthless political crackdown of the early Putin era after falling out with his protege.

Once in exile, Berezovsky often said he feared for his life, particularly after the fatal poisoning of his friend and former Russian spy Alexander Litvinenko with a dose of the radioactive isotope polonium-210 in London in 2006.

For many, Berezovsky personified the decade of wild capitalism, chaos and violence that followed the Soviet fall. He left a trail of enemies in Russia and beyond.

Berezovsky survived an assassination attempt in 1994 when a bomb exploded in his car, decapitating his driver.

In his final months, he led a much less extravagant life, apparently bitter and broken and rarely seen in public.

He suffered another blow in 2011 when he was forced to pay one of Britain’s biggest divorce settlements to his former wife Galina. Media reported the settlement topped $100 million.

“My father was not the typical parent, nothing about him was ordinary,” said his daughter Anastasia in a tribute. “He has coloured my life in infinite ways, and I know that what he concerned himself most with was making all his children proud.”