Palestinians Clash With Soldiers in Protest Over Settler Accused of Beating 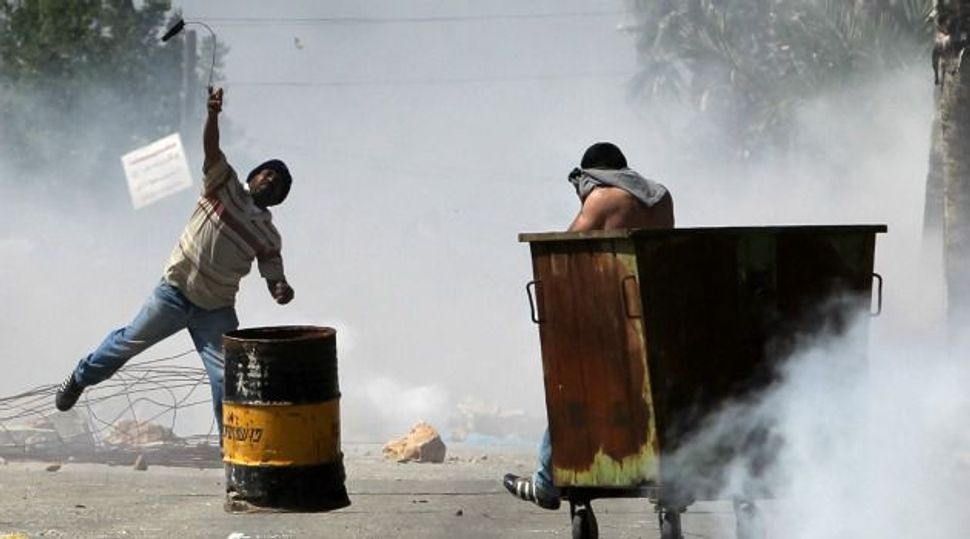 Scores of Palestinian youths clashed with Israeli soldiers for a second day in the occupied West Bank on Friday, after locals accused Jewish settlers of beating a man with steel pipes.

Youths heaved rocks at Israeli army jeeps as smoke from blazing tyres mixed with tear gas a few hundred metres from the red-rooftopped villas of the Israeli settlement of Ofra.

An Israeli army spokesperson described the alleged beating that led to the disturbances as a “clash between Israeli and Palestinian civilians” and said it was investigating.

Israelis from an outpost of cabins between the Ofra settlement and the Palestinian village of Silwad beat 60-year-old former judge Ahmad al-Zir as he was tending his land on Thursday, locals said.

“They were hitting him again and again on the head, cursing him and telling him to shut up,” said Mahmoud Hussein, a relative and an eyewitness of the alleged attack.

Village youths pursued the Israelis to the encampment and burned down one of their improvised homes.

Israeli soldiers were dispatched to the scene late Thursday, firing at the Palestinians and hitting two protesters with live bullets, including one in the chest, medics said.

Israeli-Palestinian peace talks have been stalled since 2010 due in large part to disputes over settlement construction. U.S. President Barack Obama visited Israeli and Palestinian leaders last month in an attempt to get negotiations going again, followed by Secretary of State John Kerry this week, although neither man presented any new initiative.

Obama’s visit was followed by some of the worst violence in the West Bank in years, triggered by the death from cancer of a prisoner serving a life term in an Israeli jail.

Half a million Israeli settlers live on land captured by Israel in the 1967 Six Day War. Palestinians want a state in the West Bank, Gaza and East Jerusalem, with the settlers gone.

For Friday prayers in Silwad, hundreds of village men streamed past Israeli troops who tried to block their path and gathered in al-Zir’s apricot grove in protest.

“Our land, its stones and its soil, is our right. Sleeping on it by night and tending to it by day, without fear of attacks by hateful settlers, is a matter of our very existence,” the local imam told worshippers by megaphone at the open-air sermon.

An Israeli surveillance drone flew silently overhead, alighting among Israeli troops watching from a nearby hilltop.

The United Nations deem all Jewish settlements in the West Bank to be illegal. Settlers dispute this, citing Biblical and historical ties to the land.

While there are some 120 official settlements, such as Ofra, there are also more than 100 outposts built without official authorisation that dot the West Bank – including the cluster of makeshift structures near Silwad.

Palestinians Clash With Soldiers in Protest Over Settler Accused of Beating