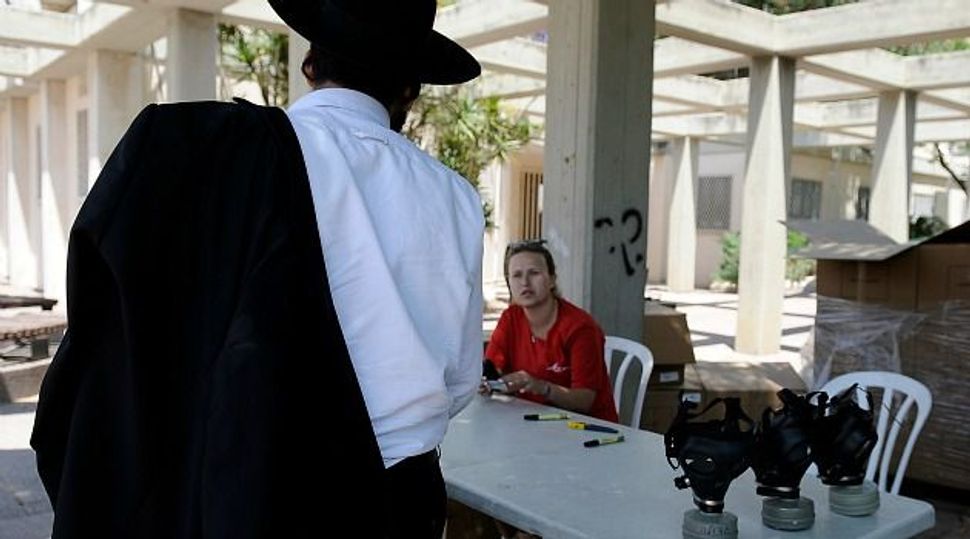 Israel has carried out an air strike targeting a shipment of missiles in Syria bound for Hezbollah guerrillas in neighbouring Lebanon, an Israeli official said on Saturday.

Israel had long made clear it is prepared to resort to force to prevent advanced Syrian weapons, including President Bashar al-Assad’s reputed chemical arsenal, reaching his Hezbollah allies or Islamist rebels taking part in a more than two-year-old uprising against his government.

Israelis are worried that if Assad is toppled, Islamist fighters could turn his guns on them next door, after four decades of relative calm along the Golan Heights border zone.

The target of Friday’s raid was not a Syrian chemical weapons facility, a regional security source earlier said.

A U.S. official, who also declined to be identified, had told Reuters on Friday the target was apparently a building.

The Israeli official who acknowledged the raid and described its target spoke on condition of anonymity. Israel’s government has not formally taken responsibility for the action or confirmed it happened.

CNN quoted unnamed U.S. officials as saying Israel most likely conducted the strike “in the Thursday-Friday time frame” and its jets did not enter Syrian air space.

The Israeli air force has so-called “standoff” bombs that coast dozens of kilometres (miles) across ground to their targets once fired. That could, in theory, allow Israel to attack Syria from its own turf or from adjacent Lebanon.

A Lebanese security source said his initial impression was that Israeli overflights were monitoring potential arms shipments between Syria and Lebanon, potentially to Hezbollah, a militant Shi’ite Muslim ally of Iran and Assad.

“We believe that it is linked to Israel’s concerns over the transfer of weapons, particularly chemical weapons, from Syria to its allies Lebanon,” said the official, who asked not to be named. Hezbollah fought a 34-day war with Israel in 2006.

Syrian government sources denied having information of a strike. Bashar Ja’afari, the Syrian ambassador to the United Nations, told Reuters: “I’m not aware of any attack right now.”

But Qassim Saadedine, a commander and spokesman for the rebel Free Syrian Army, said: “Our information indicates there was an Israeli strike on a convoy that was transferring missiles to Hezbollah. We have still not confirmed the location.”

Rebel units were in disagreement about what type of weapons were in the convoy. A rebel from an information-gathering unit in Damascus that calls itself “The Syrian Islamic Masts Intelligence” said the convoy carried anti-aircraft missiles.

The rebel, who asked not to be named, said: “There were three strikes by Israeli F-16 jets that damaged a convoy carrying anti-aircraft missiles heading to the Shi’ite Lebanese party (Hezbollah) along the Damascus-Beirut military road.

“One strike hit a site near the (Syrian) Fourth Armoured Division in al-Saboura but we have been unable to determine what is in that location”.

Saadedine said he did not think the weapons were anti-aircraft. “We have nothing confirmed yet but we are assuming that it is some type of long-range missile that would be capable of carrying chemical materials,” he said.

In January this year, Israel bombed a convoy in Syria, apparently hitting weapons destined for Hezbollah, according to diplomats, Syrian rebels and security sources in the region.

Israel has not formally confirmed carrying out that strike.

Lebanese acting foreign minister Adnan Mansour was critical. “Attacks such as these will result in more tension and blow up the situation which it promoted,” he said.

“This will not give Israel the peace or security that it wants, in its own way, rather it will push the region into an inflamed struggle and into the unknown.”

Giora Eiland, a former Israeli army general and national security adviser, said the apparent deadlock in Syria’s civil war, now in its third year, meant the Netanyahu government had to be prudent in any military intervention.

“I don’t anticipate far-reaching consequences in Lebanon or Syria (from Israel’s actions),” Eiland told Israel Radio. “Israel appears to be conducting itself judiciously.”

Israel remains technically at war with neighbouring Syria. It captured Syria’s Golan Heights in the 1967 Middle East war, built settlements and annexed the land. Yet belligerence was rare and the borderland has remained largely quiet for decades.

But Israeli security concerns have risen since Islamist fighters linked to al-Qaeda assumed a prominent role in the insurrection against Assad.

They have also worried that Hezbollah could eventually obtain his chemical arsenal and other advanced weaponry. But there is no risk of that happening for the time being, a senior Israeli official said on Saturday.

“Syria has large amounts of chemical weaponry and missiles. Everything there is under (Assad government) control,” Defence Ministry strategist Amos Gilad said in a speech.