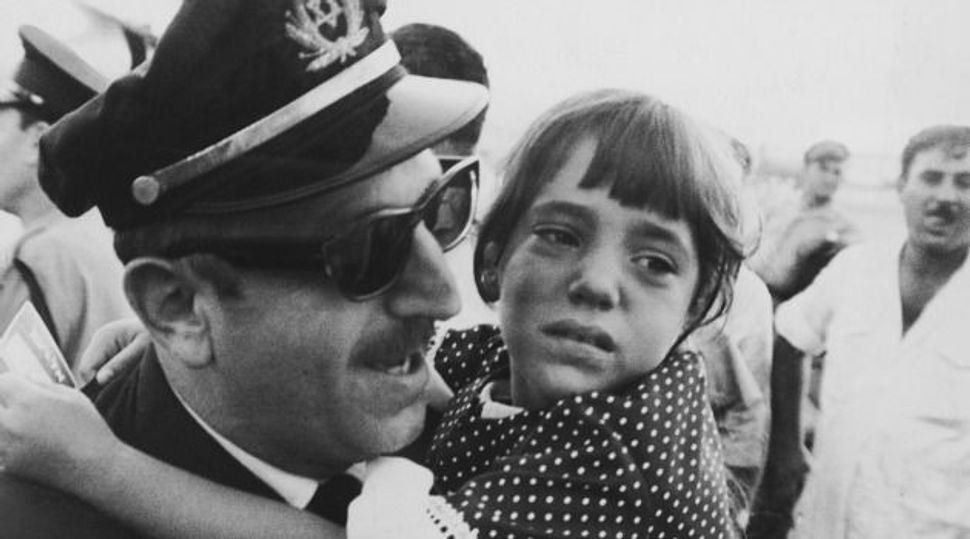 Reunited: Israeli pilot is reunited with family after being freed from hijacking and hostage drama in 1968. A Palestinian convicted in the attack will be deported from Canada after a long legal case. Image by getty images

After a 25-year legal battle, Canada has finally deported a Palestinian convicted of an attack on an Israeli airliner in 1968, Immigration Minister Jason Kenney said on Monday.

Mahmoud Mohammad Issa Mohammad, a former Popular Front for the Liberation of Palestine commando, took part in the assault on an El Al jet in Athens that killed an Israeli man. He was deported to Lebanon on Saturday.

A Greek court sentenced him to 17 years in jail in 1970, but he was released a year later in a hostage exchange. He came to Canada in February 1987 under a false identity.

Officials started trying to deport Mohammad in 1988 but he managed to stay in Canada by claiming refugee status and then launched a series of legal appeals against his deportation.

“This case is almost a comedy of a errors … This a cautionary tale. We should never allow a situation like this to happen again,” said Kenney, blaming previous governments for presiding over what he called a dysfunctional system.

“He made a mockery of our legal system. We believe that even criminals should get due process and they should get their day in court but they should not be able to abuse our fair process,” he told reporters.

Canada’s right-leaning Conservative government, which took power in 2006, has clamped down on the immigration and refugee system and eliminated many of the rights of appeal that Mohammad had used.

Kenney told reporters that Mohammad – who is stateless – had married a Lebanese national and had legal status in Lebanon. Canada has concluded he would not face any risks in Lebanon, he added.