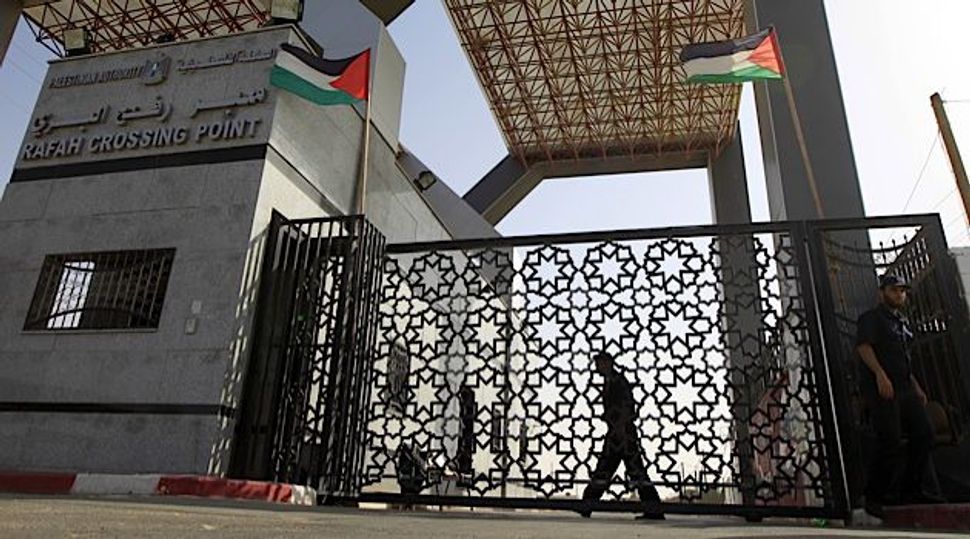 Egyptian police blocked the crossing into the Gaza Strip on Friday in protest against the kidnapping of seven of their colleagues by Islamist gunmen, witnesses said.

Officers strung barbed wire across the Rafah border post and chained up the gates, leaving hundreds of Palestinians stranded on both sides of the fence, locals told Reuters.

Gunmen abducted the seven police and soldiers on a road between the Sinai towns of el-Arish and Rafah on Thursday, demanding the release of imprisoned militants in exchange for the men.

Three of those abducted have worked at the crossing, locals told Reuters.

Hardline Islamist groups based in North Sinai have exploited the collapse of state authority after the 2011 uprising that toppled former President Hosni Mubarak to launch attacks across the border into Israel and on Egyptian targets.

The protesting police called on Egypt’s Islamist President Mohamed Mursi to help free their colleagues. They said they would not open the crossing until the men were released, state news agency MENA reported.

A policeman was released shortly after the abduction as a sign of goodwill, but there was no information on the six remaining men, security sources told Reuters.