Is Russian Weapons System on Way to Syria? 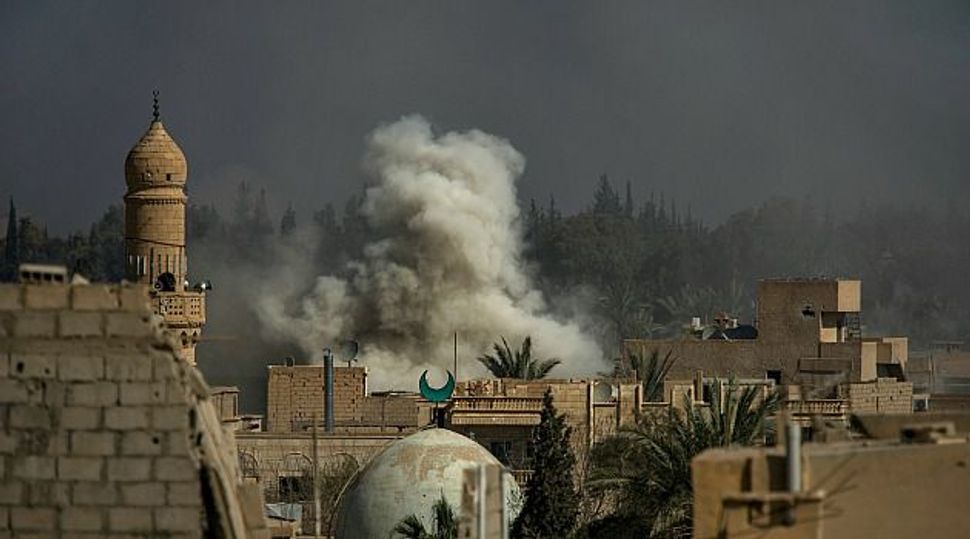 Escalation: As civil war rages in Syria, Israel is warning Russia not ot supply its government ally with an advanced anti-aircraft system. Image by getty images

An advanced anti-aircraft system destined for Syria has not left Russia yet, but Israel will know how to act if it does, Defence Minister Moshe Yaalon said on Tuesday.

Yaalon’s remarks appeared to contradict Israel’s air force chief, who said last week the shipment of S-300 missiles was “on its way” to Syrian President Bashar al-Assad, who is battling a popular uprising that has turned into a civil war.

Israel is alarmed by the prospect of Russia supplying advanced weapon systems to Syria, saying such arms could end up in the hands of arch-foe Iran or the Lebanese Hezbollah group.

“I can say that the shipments are not on their way yet,” Yaalon told reporters. “I hope they will not leave, and if, God forbid, they reach Syria, we will know what to do,” he said, without disclosing how he came by the information.

Russia will not scrap plans to deliver an air defence system to Syria despite Western opposition because it would help deter “hotheads” intent on intervention in the two-year-old conflict, the deputy foreign minister said on Tuesday.

Deputy Foreign Minister Sergei Ryabkov also accused the European Union of “throwing fuel on the fire” by letting its own arms embargo on Syria expire.

Although Israel has not publicly taken sides in the Syrian conflict, Western and Israeli sources say it has launched air strikes inside Syria to destroy weapons it believed were destined for Hezbollah guerrillas allied to Assad.

Russia’s foreign minister said on May 13 that Moscow had no new plans to sell the S-300 to Syria but left open the possibility of delivering such systems under an existing contract.

Israeli Strategic Affairs and Intelligence Minister Yuval Steinitz said the S-300 can reach deep into the Jewish state and threaten flights over its main commercial airport near Tel Aviv. He said he hoped Russia would cancel the deal.

“This is still unfortunately the plan, and we are very concerned,” Steinitz told reporters in Jerusalem. “This is a kind of encouragement, a kind of support for a brutal regime which is totally wrong, also from a moral point of view.”

Is Russian Weapons System on Way to Syria?