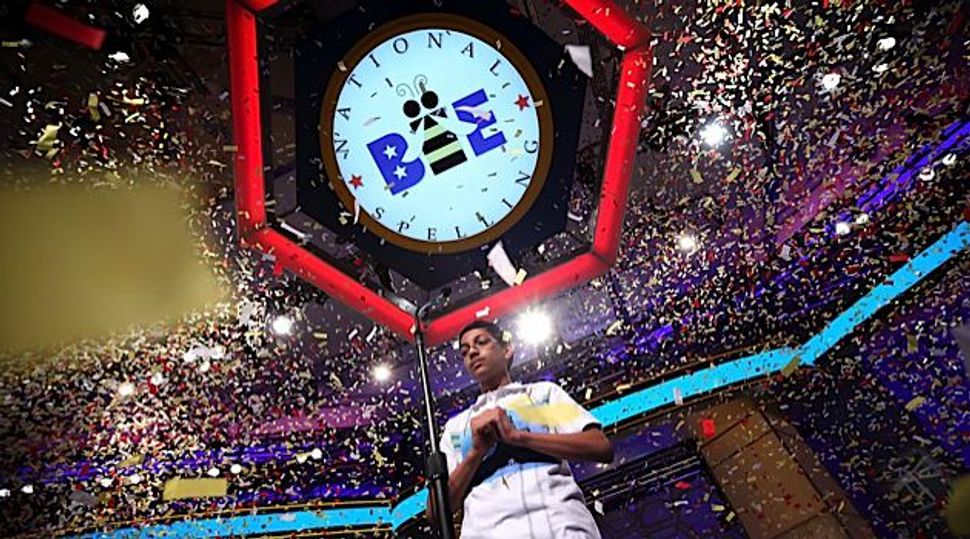 An Indian American boy from New York won a national spelling contest thanks to his ability to correctly spell the word knaidel, a Yiddish-derived word for a traditional Jewish dumpling.

He won $30,000 in cash, a $2,500 U.S. savings bond from Merriam-Webster and $2,000 worth of reference works from Encyclopedia Britannica, as well as a shiny engraved trophy and the title of “champion.”

German words have led Mahankali to his spelling-bee demise for the past two years, when he twice placed third at the bee.

Vocabulary.com, which covered the bee, described knaidel as coming from “German-derived Yiddish.” It quoted Mahankali as telling ESPN, “the German curse has turned into the German blessing.”

The finals featured another word of Jewish origin. Hannah Citsay, a student at St. Anne Catholic School in Lancaster, Pa., correctly spelled “hesped,” the Hebrew word for eulogy at a Jewish memorial service, in the sixth round.

Despite correctly spelling “hesped,” Citsay was eliminated in a new portion of the contest, where contestants had to provide the definition of a word.