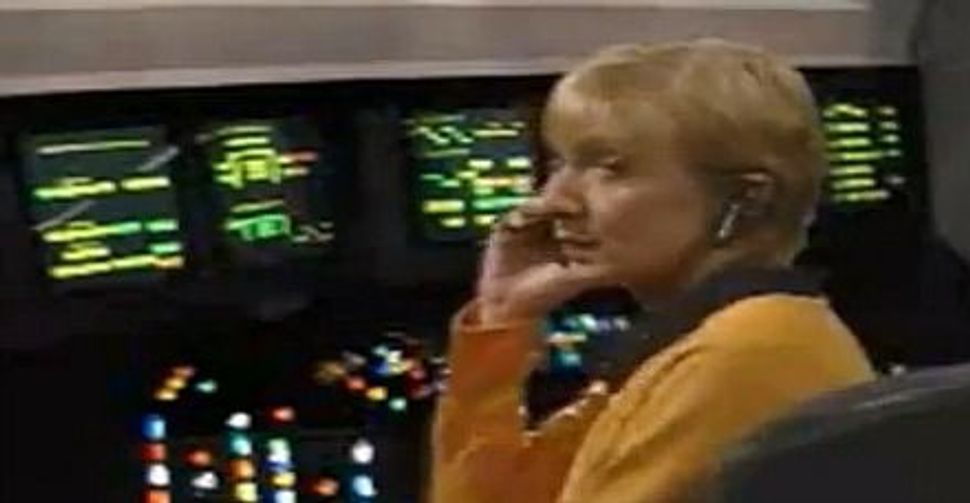 A top official at the U.S. Internal Revenue Service on Thursday acknowledged that it was “embarrassing” how much the tax agency spent on training videos, including a Star Trek spoof, and other lavish expenses during a 2010 conference in California.

Faris Fink, commissioner of the agency’s small business and self-employed division, told lawmakers the videos, which cost more than $50,000 to produce, were well-intentioned but in hindsight inappropriate.

“It’s embarrassing. I apologize,” said Fink, who played the character Spock in the Star Trek parody that included a tax-themed skit. “I regret the fact that they were made.”

The IRS, already under a cloud of scandal related to the targeting of conservative groups, this week faced fresh criticism over a Treasury watchdog report on wasteful spending.

The report released on Tuesday found that the IRS used money originally intended for hiring enforcement employees to partially fund a $4.1 million conference in Anaheim, California, that included luxury hotel rooms and a speaker paid $17,000 to talk about leadership through painting.

Republican Representative Darrell Issa, chairman of the House Oversight Committee holding the hearing on Thursday, accused the IRS of grossly mismanaging taxpayer money with conference spending that was “at best maliciously self-indulgent.”

Elijah Cummings, the top Democrat on the committee, said he was up at 3 a.m. watching the Star Trek video trying to find a way the cost could be justified.

“I swear I do not see the redeeming value,” Cummings said.

The tax agency has been under fire since early May, when IRS official Lois Lerner publicly acknowledged that IRS workers had inappropriately targeted Tea Party groups seeking tax-exempt status for intense scrutiny, and apologized for the behavior.

Multiple congressional committees and the Justice Department have since opened probes into the matter, but it is still unclear exactly who initiated the targeting and what the motivation was behind it.

Republicans have accused the IRS of following direction from Washington, but current and former top IRS officials have denied that there was any political motivation.

Instead, they say the Cincinnati office made a poor choice in using criteria such as “Tea Party” and “patriots” to sift through a flood of applications for tax-exempt status.

President Barack Obama denied knowing about the targeting before Lerner’s apology on May 10 and has since fired Steven Miller, who was the acting head of the IRS. Lerner has been put on administrative leave.

On Wednesday, two IRS staffers were suspended because of the conference spending scandal.

Congressional staff members briefed on the matter said two employees – including one working on Obama’s healthcare initiative – were disciplined for improperly accepting gifts at the Anaheim conference.