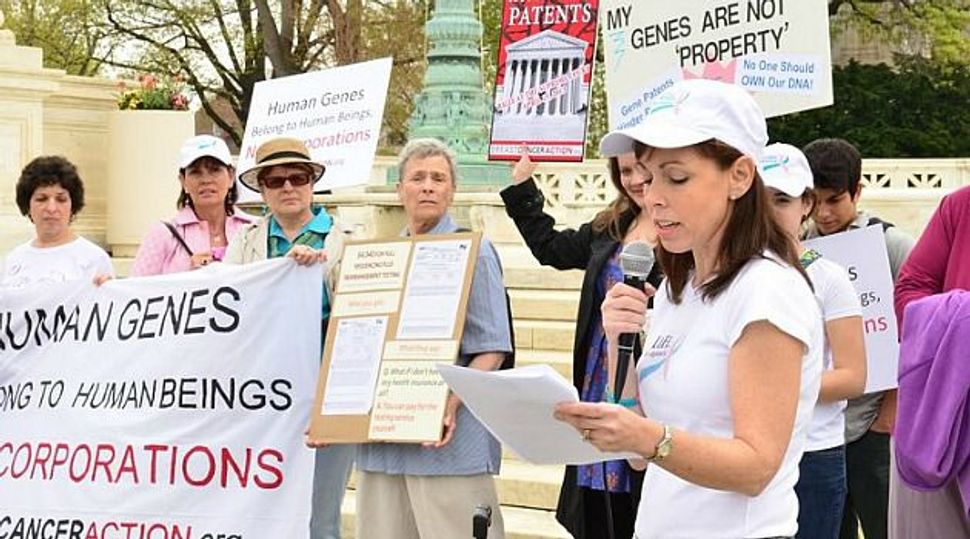 Image by courtesy of lisa schlager

The stock of Myriad Genetics plunged after the Supreme Court rejected its effort to patent a human gene mutation that is linked to cancer and is common among Ashkenazi Jews.

Shares of the biotech company dropped about 15% on Friday after spiraling up by about 10% on Thursday.

The stock initially rocketed up by more than 10% in the hours after the Supreme Court decision was announced. Initial reports put a positive spin on the decision’s potential effects on the company’s lucrative effort to corner the market on the BRCA-1 gene mutation that leads to a higher risk of breast cancer.

But as more information emerged about the unanimous ruling, it gave back the gains and turned sharply negative.

Analysts say other companies may now enter the market for testing for the mutation, which may lower the price of the tests and sharply reduce Myriad’s profits.

The company’s stock had soared last month when Hollywood superstar Angelina Jolie announced she underwent a double mastectomy to avoid the risk of breast cancer related to the BRCA1 defect.

At that time, analysts pointed out that Jolie’s star power would likely spur more women to undergo the tests, which would in turn boost Myriad’s revenue.