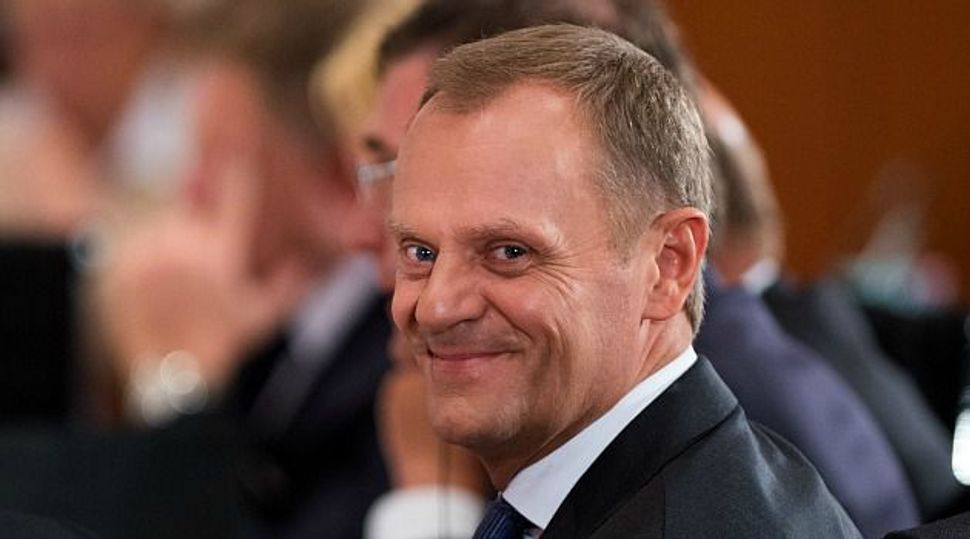 Is It Kosher? Poland?s Prime Minister Donald Tusk says a constitutional court will rule at some point whether a ban on kosher slaughter violates religious rights of Jews. Image by getty images

Poland’s Prime Minister Donald Tusk said he had no plans to reintroduce legislation to lift a ban on the production of kosher meat, despite mounting criticism from Isreal and Jewish groups that it is harmful to Jews in Poland.

Polish lawmakers last week rejected a government-backed draft law that would have allowed slaughterhouses to produce meat in accordance with Jewish ritual law.

The law’s opponents said the practice, which has been halted since a constitutional court ruling last year, is cruel to livestock.

Israel’s Foreign Ministry said on Monday the ban on kosher slaughter methods damaged efforts to rehabilitate Jewish life in a country whose large Jewish community was nearly wiped out under German occupation during World War Two.

“Right now we are not planning any legislative action in this matter,” Tusk told a news conference.

He added the government would await a decision by a constitutional court on whether the ban on kosher slaugher was harming the rights of religious minorities.