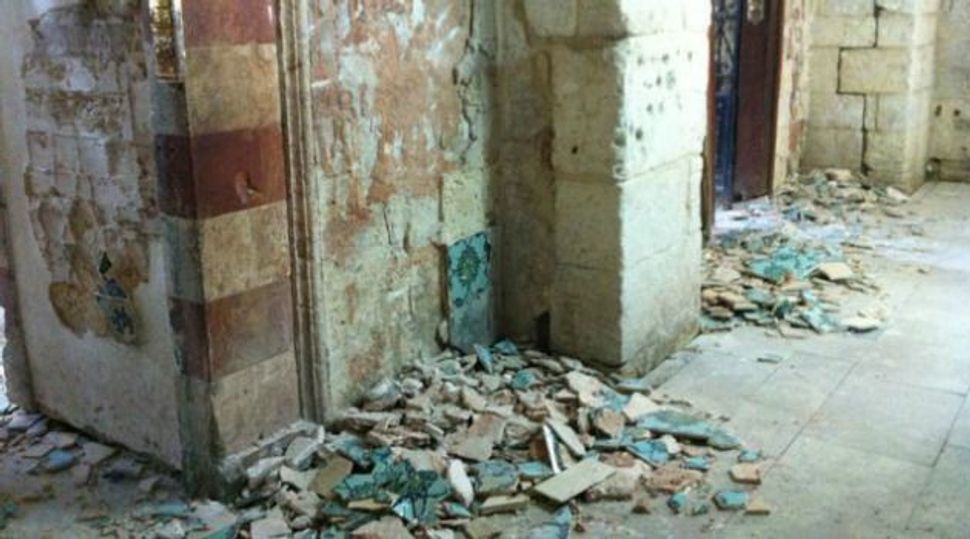 On Tuesday this week, two painters were busy applying the last coats of paint on the building’s doorposts, thereby completing six years of extensive renovations. For the first time since the 16th century, every last trace of the building’s Muslim past has been erased; the site, holy to Judaism, Islam and Christianity, has for all intents and purposes become a synagogue.

Two policemen who were patrolling Mt. Zion on the night of December 19, 2012, heard knocking coming from the tomb. They entered the room and found two men smashing the ancient ceramic tiles covering some of the structure’s interior walls. The tiles were created by Ottoman artists in the 17th century as part of renovations to the tomb’s structure, which then served as a mosque. Similar tiles can be found at the Dome of the Rock on the Temple Mount.

During their interrogation, one of the suspects said he was a bachelor looking for a wife. He claimed he’d been told to break the ceramic tiles because “they were blocking his prayers.” The police recommended indicting him on the charge of violating a sacred space, a serious crime carrying a jail term of up to seven years. The State Prosecutor’s Office has yet to make its decision, however.