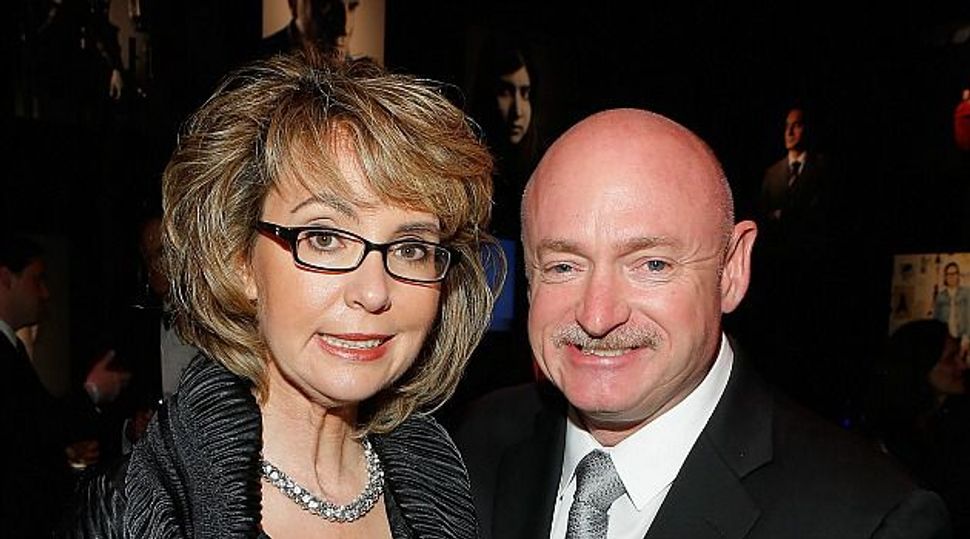 Astronaut Mark Kelly, who commanded four space shuttle missions including the final flight of Endeavour, is set to be a test subject on Earth while his twin undergoes studies in orbit.

Kelly left NASA in 2011 to care for his wife, former U.S. Representative Gabrielle Giffords. She was shot through the head in January 2011 when a gunman opened fire at a political event in Arizona, killing six people and wounding 26 others.

His brother, Scott Kelly, is preparing for a year-long mission aboard the International Space Station, the longest single spaceflight NASA has ever attempted.

Four Russian cosmonauts lived for a year or longer aboard the now-defunct Mir space station.

“This is sort of our first foray into the genetic aspects of spaceflight,” said John Charles, chief scientist with NASA’s human research program at the Johnson Space Center in Houston.

“A study like this is going to be mostly observational, just see what we can find out,” he said.

The U.S. space agency is soliciting ideas from researchers about possible experiments.

Mark Kelly, who lives in Arizona with his wife, has volunteered to go to Houston several times during his brother’s year-long spaceflight for tests, Charles said.

Scott Kelly is a veteran of two shuttle missions and previously served as a space station crew member and commander.

Scientists would be looking for genetic differences in the twins due to one brother living in the gravity-free environment of space and the other on Earth.

“I’m hopeful that most of this can be done with blood that will be drawn or with things like questionnaires and surveys. That would be the easiest to implement,” Charles said.

“But we are prepared for any kind of suggestions that the scientific community present that do pass peer-review and do promise to illuminate the differences in (identical) twins in response to spaceflight,” he said.

Scott Kelly, who will be paired with Russian cosmonaut Mikhail Kornienko for the year-long spaceflight, is set to board the station in March 2015, about a month after he and his brother turn 50.

Proposals for the twins studies are due next month.